Organisations should understand that cyber risks are inevitable and hence have to adopt a holistic approach to managing them.
© Coventry University. CC BY-NC 4.0

Organisations should understand that cyber risks are inevitable and hence have to adopt a holistic approach to managing them.

In addition to developing a robust IT infrastructure, care has to be taken to examine who interacts to this infrastructure. Threats may be internal/external or ‘internal-external’. 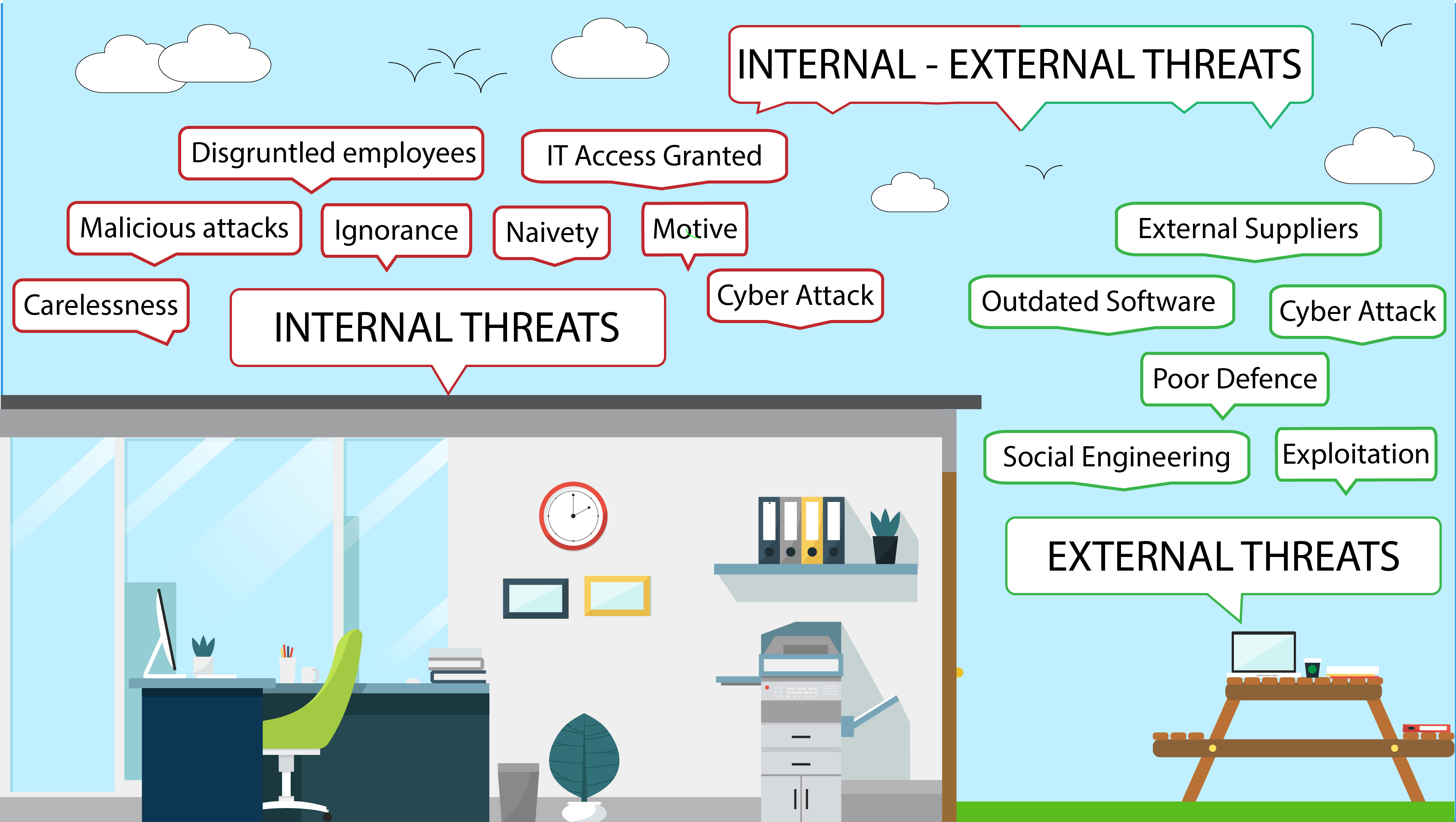 The internal vulnerability is often linked to other functions rather than IT. For example, Human Resources could impact the security of the system for failing to update the staff member’s job role or access rights. New staff, those moving roles and/or departments, and those leaving the organisation are also a risk to the stability and security of the system. Of these types of changes to staffing, the employees who are changing roles or leaving the organisation are a particular risk: changing a role does not mean it is appropriate to maintain the same level of access as before, and those leaving should also have their access removed at an appropriate time.

However, there is a link to the internal vulnerability in the use of social engineering. Often a vulnerability that enables access to information that should be protected can come from the relationships between the inside (staff, contractors etc) and the outside (those wishing to exploit the relationship). The external vulnerability is also assisted by an insider who fails to keep the defences in place – for example, failing to update passwords, software versions and patches, or by monitoring virus activity.