The Internet and Technology

Whereas the connections between people, even when living in distant places, further intensified due to new technologies such as air transport, telegraph, telephone, radio and television, the Internet proved to be a technology that had a major impact on the networks connecting people and devices. 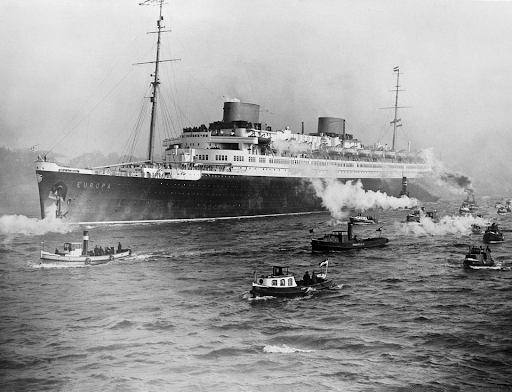 Leading up to the industrial revolution, technology slowly evolved and, in particular, evolution in sailing contributed to the development of a vast network between people all over the globe. The fast technological developments during the industrial revolution caused the global network to become more connected, turning it into a “small world”. The steam engine paved the way for massive industrial production and fast and reliable train and shipping connections. This intensified trade and travel, and also military conflicts, as the production of weaponry became industrialised as well.

The Internet Connected the World

Whereas the connections between people, even when living in distant places, further intensified due to new technologies such as air transport, telegraph, telephone, radio and television, the Internet proved to be a technology that had a major impact on the networks connecting people and devices.

Where previous communication technologies were mainly one-to-one (word-of-mouth), such as writing a letter, the telegraph and telephone, or one-to-many (mass media) such as newspapers, radio broadcasts and television, the Internet produced a network where many-to-many (peer-to-peer) interactions became possible. This large-scale peer-to-peer interaction produced new possibilities for people to communicate. Consumers came into power because their reviews of products and services supported the spreading of real consumer experiences, which are more informative for consumers than advertisements by producers.

The Internet and Informational Dynamics

However, false and fabricated disinformation can also spread fast in peer-to-peer networks. As such, the old saying “A lie can travel halfway around the world while the truth is putting on its shoes,” is most certainly appropriate in describing informational dynamics on the Internet. Due to our primal mechanisms of being attracted to similar others, we observe the rise of so-called “echo chambers” on the Internet where groups of people cluster around certain belief systems. Due to these psychological mechanisms, conspiracy theories such as the flat Earth movement thrive on the Internet, despite the abundant scientific information also present there.

Additionally, algorithms increasingly support us in finding information that is supposedly of interest to us, further supporting the risks of ending up in so-called “informational bubbles”. Increasingly, algorithms can also be used to identify people with specific interests, and target them with information that elicits responses. A company like Cambridge Analytica has been accused of using Facebook data to manipulate the 2016 US elections and the Brexit referendum.

The Future of the Internet

What networks may emerge in the future on the Internet, and how algorithms affect our lives when we connect with these networks is something that is hard to envisage. This may be just as difficult as it was for people 20 years ago to imagine the impact of Amazon, Linked-in, Uber, Facebook, Twitter, Instagram, Pornhub, online games, Spotify, eBay and Youtube. Some developments may be rated as more positive, such as Wikipedia, whilst other developments such as the Dark Web are associated with criminal activities. Hence, what the future brings remains uncertain and a matter of speculation. It seems safe, however, to assume that our lives may be affected in ways that will surprise us, for the good or for the bad.