What preferences can become utilities?

In this article we describe the most basic assumptions about preferences that are made in the classic decision theory, including ordinance utilities. 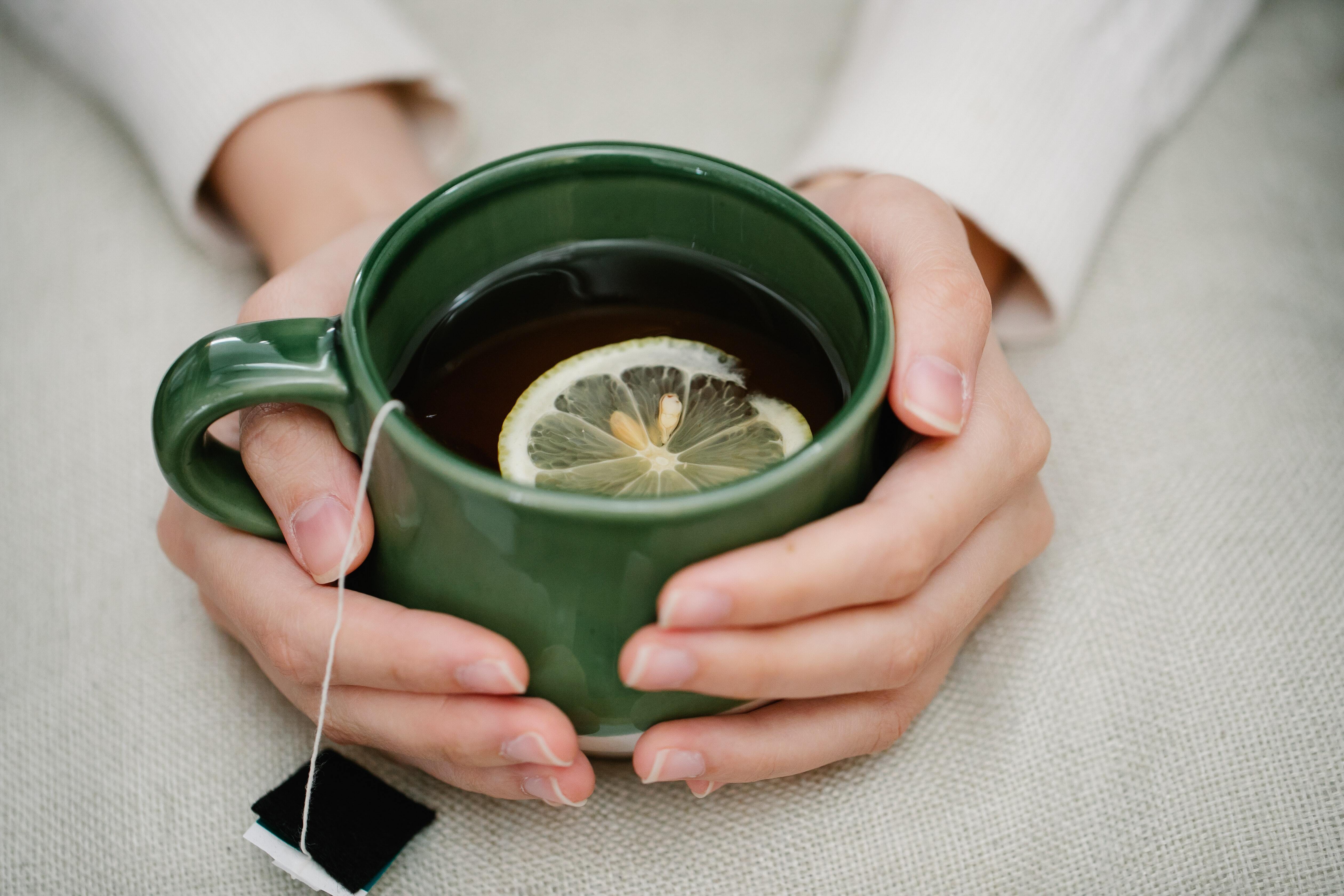 There are two important types of utilities: ordinal and cardinal. Cardinal utilities require thinking about lotteries and probabilities. Ordinal utilities are much simpler, but they still can give you a feeling of how classic choice theory approaches choice and rationality. We will introduce them now.

Ordinal utilities can be used to model preferences that allow for ordering all the possible options from the most to the least preferred. If such an ordering is not possible, the preference cannot be described using ordinal utilities and is called irrational. An example of such (rational) ordering is presented below. The arrows point from the less to the more preferred option.

When we look at an example like this, the classical approach seems fairly straightforward. Afterall, what could possibly happen to make ordering the options impossible? Well, simplifying slightly*, there are two cases in which things could go wrong. First, the order might become a circle. Second, there might be gaps in the ordering. We will now look at these two cases.

Imagine a person who prefers tea to coffee, coffee to juice, and juice to tea. If we wanted to illustrate these preferences on a graph similar to the previous one, we would get something like this: 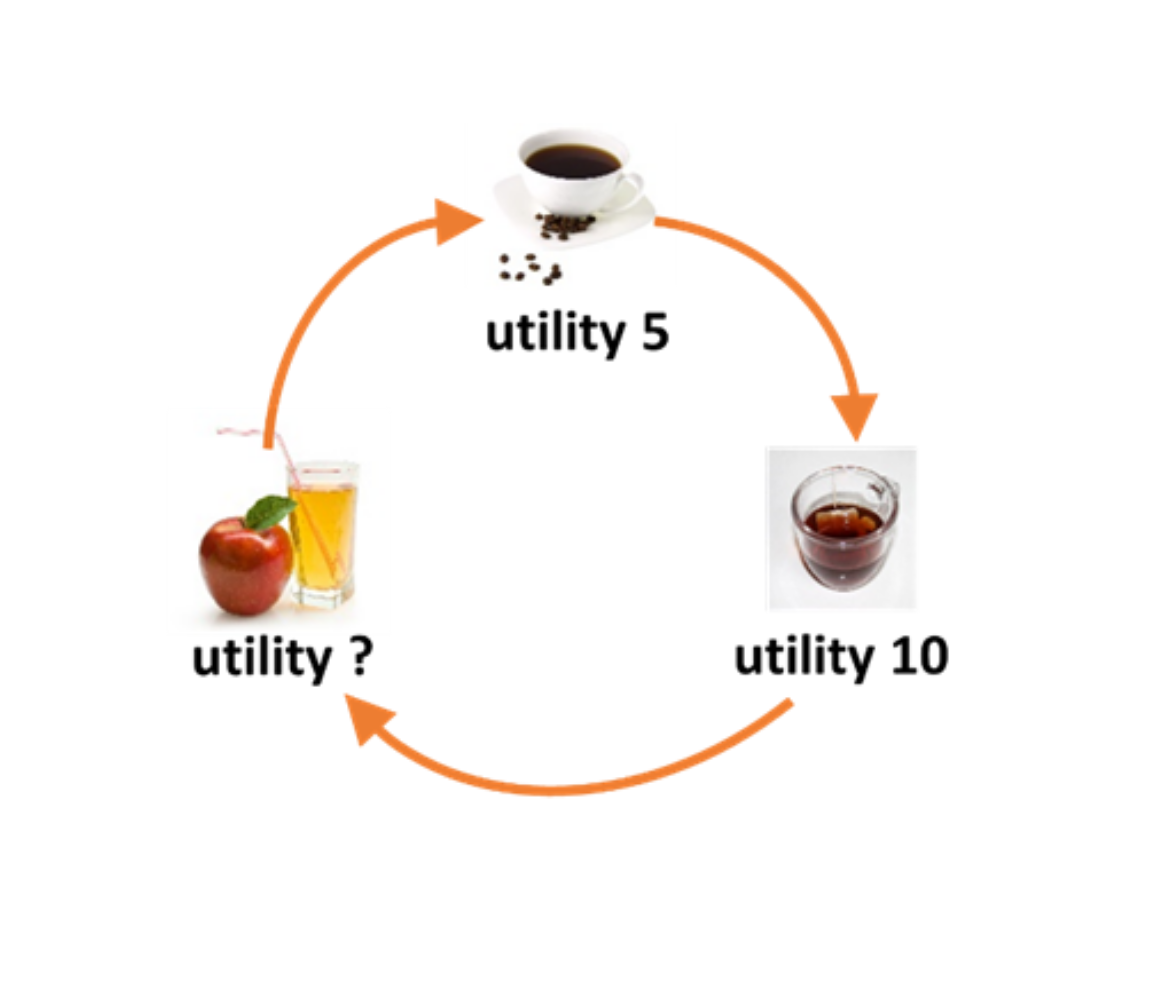 Ordering these options according to preference is not possible, because the preferences form a circle rather than an order. Consequently, there are no numbers to represent these preferences. If we assign 10 to tea and 5 to coffee, we will have problems assigning a number to juice. We will need a number that at the same time is greater than 10 (juice is better than tea) and smaller than 5 (juice is worse than coffee). 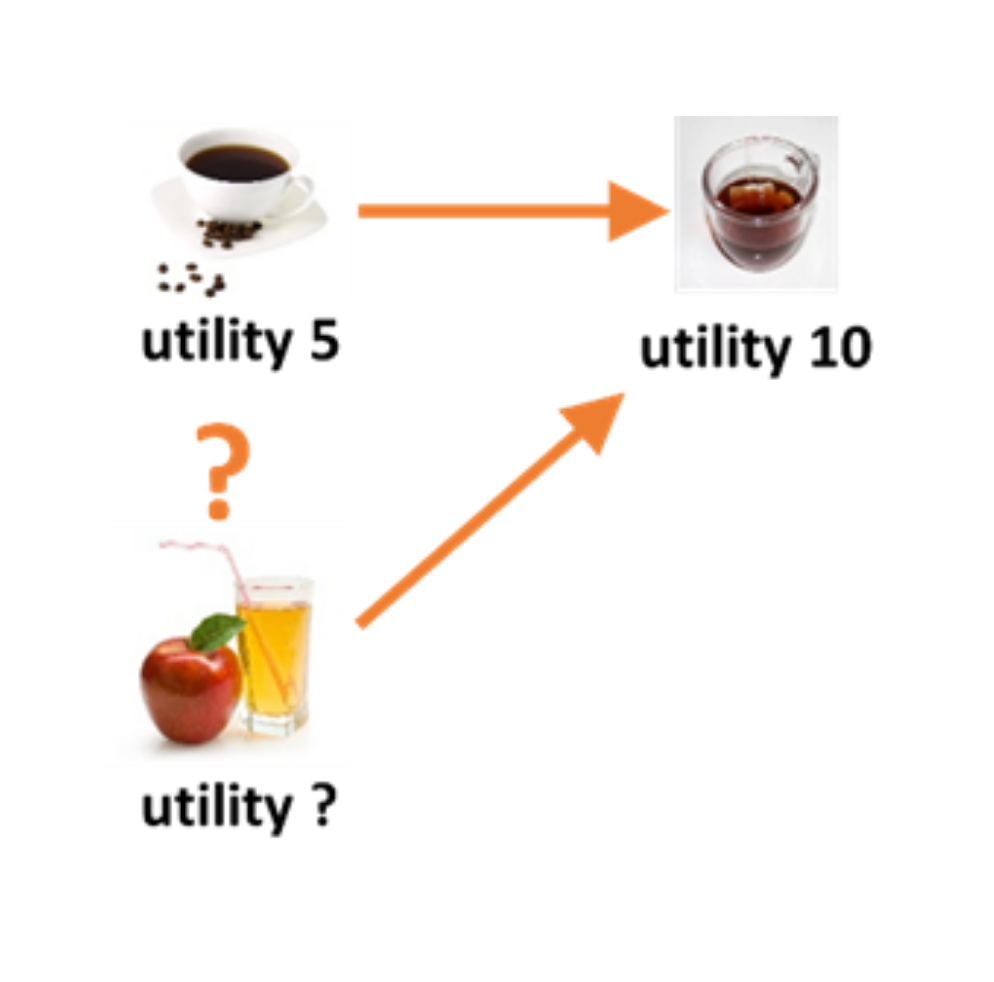 Ordering these options according to preference is not possible, because there is a gap in preferences. Consequently, there are no numbers to represent them. We do not know which number to assign to juice. It has to be smaller than 10, that is for sure. But should it be smaller, equal, or larger than 5?

In the classic choice theory, such preferences are called incomplete. Completeness means that for every possible pair of options, there is some preference: one option is better than the other, or they are equally good.

Ordinal utilities exist if preferences are transitive and complete. In the classical approach, such preferences are called rational. In real life, it is often the case that preferences do not follow these rules. Intransitive preferences are a common occurrence in real life. If you are interested in an example and want to learn about their consequences, watch this video with Johanna Thoma from the London School of Economics.

Incomplete preferences are also sometimes encountered. People can perceive certain options as impossible to compare because, to them, they seem to belong to different domains. For example, coffee and a cupcake can be incomparable, because one is food and the other a drink. Sometimes there is no preference because the choice maker has no experience with some or both options, for example, choosing between Cherimoya or Kiwano. Finally, both options can be valued too high to choose between them, for example, choosing between health and freedom.

Economists typically use the stronger type of utilities, called cardinal utilities. They are also numbers representing preferences, but they are devised to tell us not only which option is better, but also by how much. There are a number of conditions that have to be met beyond completeness and transitivity for these utilities to exist. They are too complex to discuss them in detail here.