The ambition with the Bo01 area was to have high quality of architectural planning and design, and that it would be ecologically sustainable. 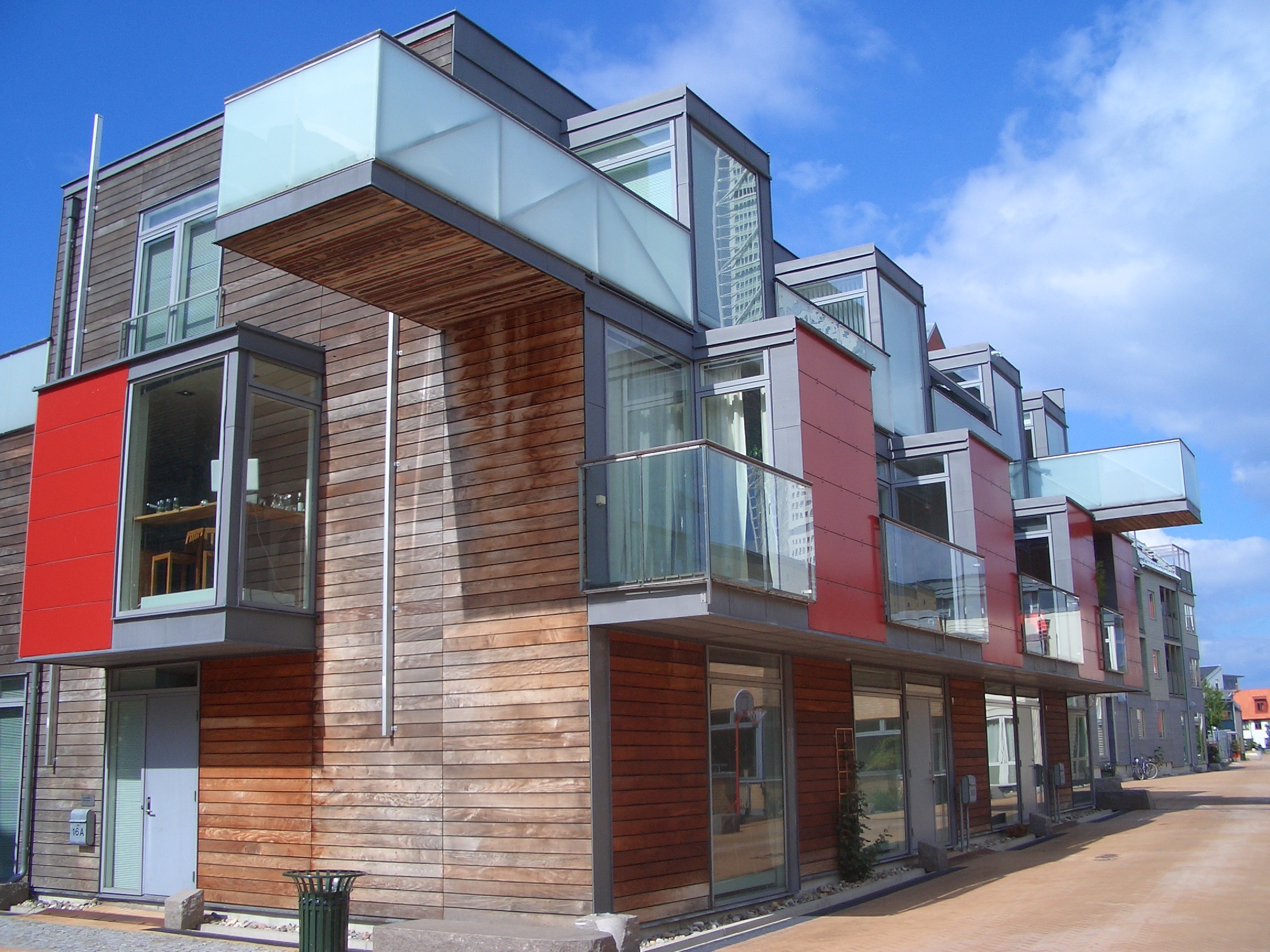 Malmö, in southernmost Sweden, is located in the temperate climatic zone. In the Western Harbour, a brownfield area has transformed into a mixed-use residential area. The first part of the development was part of a housing exposition in 2001, Bo01. The ambition with the Bo01 area was to have high quality of architectural planning and design, and that it would be ecologically sustainable.

The micro-climate was also taken into account. The policy document Quality Programme Bo01, adopted 1999-03-31 and agreed with stakeholders, was to guide the development. Aspects to implement included:

So, was it successful?

One goal in the Western Harbour development was to become a national example of sustainable urban development. Bo01 was highlighted as achieving this, with a combination of sustainability and placemaking ambitions in its urban design. The urban plan of Bo01 is considered to fulfil the ambitions, as it is ‘unique and adapted to the wind conditions’. However, the energy consumption is higher than expected, which can partly be explained by the wind factor having being underestimated.

Another goal was to create meeting places, to promote public life. The area is thought to have plenty of attractive public places, along the waterfront and the green spaces. These are not only appreciated by the residents, but also people from across town.

The public places are well liked and frequently used – in the summertime. A desire for indoor meeting places to be used the rest of the year was expressed in the survey and the workshops.

One issue with the design of the small squares in Bo01 was that although they are public places, it is difficult to ‘read’ the places, and know if they are for public or private use.