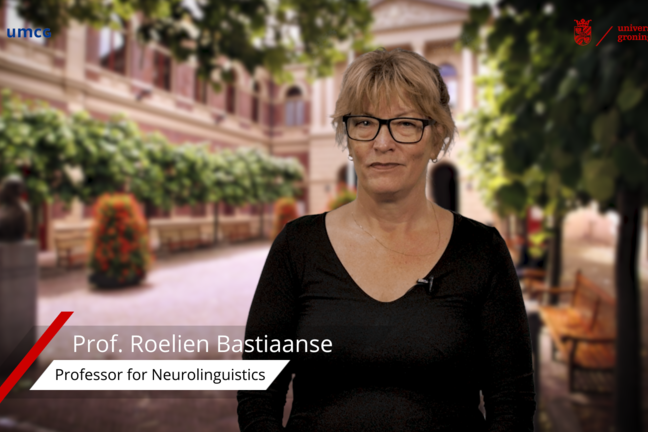 Prof. Roelien Bastiaanse guided you through the first week, and now that we will be focussing more on the linguistic part of awake brain surgery, we will take a moment to introduce her and the path to her current position. Read below a small profile.

She is working as full professor in Neurolinguistics at the University of Groningen, the Netherland, and is director of the International Doctorate in Experimental Approaches to Language and Brain (IDEALAB) and the European Master’s in Clinical Linguistics (EMCL).

What she enjoys about her job: the combination of research and educating young people at all levels (BA, MSc, PhD); developing new courses on Neurolinguistics and Clinical Linguistics (such as this one), occasional clinical encounter with patients, translating experimental findings to assessment and treatment tools for clinical practice.

On a daily basis, she is teaching introductory and advanced courses, supervising PhD students, running local and international undergraduate and graduate programs and traveling a lot for meetings, conferences and guest lecturing.