This content is taken from the EIT Food, University of Reading & European Institute of Innovation and Technology (EIT)'s online course, Engaging with Controversies in the Food System. Join the course to learn more.
View course
2.9

In this article, Billy Rwothungeyo interviews Frank Muramuzi, Executive Director of the National Association of Professional Environmentalists (NAPE), on the impact of palm oil growing in Uganda.

What work is NAPE doing around the issue of palm oil growing in Uganda?

NAPE is engaging with the two major companies in Uganda, BIDCO and OPUL (Oil Palm Uganda Limited - a BIDCO subsidiary based on Kalangala Island) to ensure they take into account the lessons learnt from their initial planting of palm oil in Kalangala District (an island within Lake Victoria) when expanding into new areas. We are especially concerned about issues of compensation for land, the processes of land acquisition and forest conservation. We are working with the company to ensure the plantations in buffer zones 200m from the lake shore are removed and there is no further encroachment of the fragile buffer zone.

We are also working with the National Environment Management Authority (NEMA) and the National Forestry Authority (NFA) to carry out restoration of degraded areas and to demarcate buffer zones in Buvuma.

NAPE is empowering communities to demand full recognition of their rights in the process of land acquisition so that there is voluntary prior and informed consent before selling their land for palm oil developments.

Further, NAPE is partnering with technical district officials in both Buvuma and Kalangala to ensure that the environment is conserved amidst the palm oil expansions, creating awareness about local people’s labour rights, food security and alternative means of livelihoods. 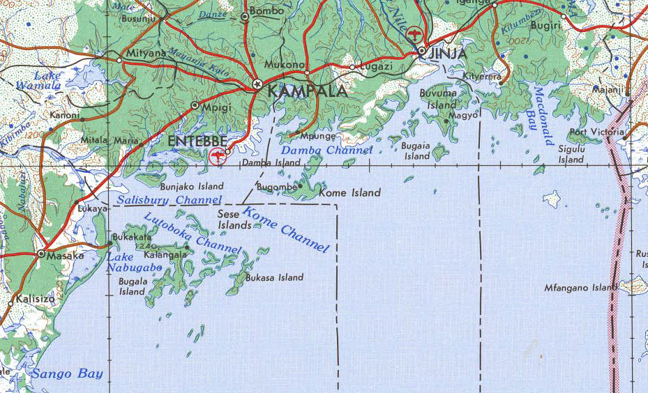 What is the extent of commercial growth of palm oil in Uganda? 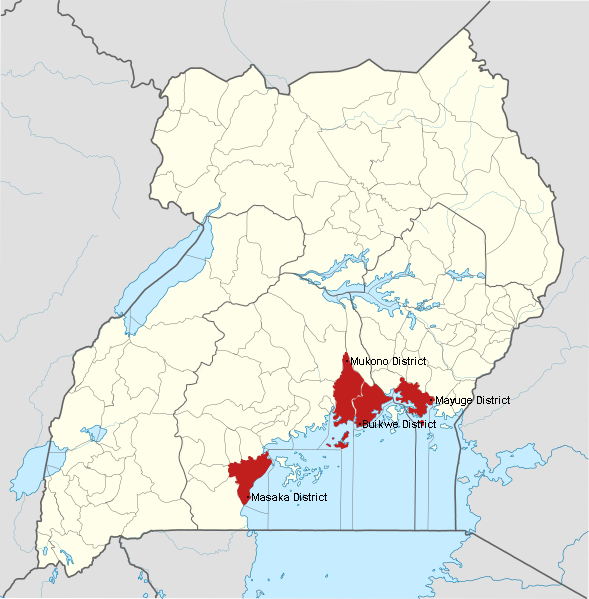 Who benefits from palm oil growing in Uganda?

The company benefits from profits made from sales and the generous tax exemptions. The government also benefits from infrastructure development undertaken by private companies enjoying the tax breaks referred to above. The Kalangala Infrastructure Service has registered improvements such as road constructions, improved ferry services and the provision of electricity to the islands. This definitely takes pressure off the government to provide these services. But the infrastructure is built primarily to serve the commercial interests of the plantation developers.

The relatively small numbers of growers and smallholders who are part of the palm oil ‘boom’ are also benefiting from increased domestic production and are able to improve their household incomes.

What are the environmental impacts of palm oil growing in Uganda?

Acquisition of farmland for palm oil plantations is driving subsistence farmers further into ecologically sensitive areas including forest, lake buffer zones and wetlands. We estimate that 32% of the buffer zone along Lake Victoria is given over to either palm oil or subsistence farmland. Significantly, the indigenous Tropical High Forest has been displaced by palm oil on Bugala Island. The decline since 2000, has been from 58% to 20% of the land cover, while palm oil has increased from 0 to 28%.

There have been several media reports that residents in palm oil growing districts have lost their livelihood due to land grabbing. What are the social impacts of oil palm growing on communities?

Palm oil growing has led to an increase in in-migration by people in search of employment opportunities. This has brought about many social injustices. For example, in Kalangala, the mismatch between the provision of social services such as health, water and sanitation infrastructure and the increasing population has become very problematic. Social disruption has followed, with an increase in prostitution and in the incidence of HIV/AIDS.

In Buvuma, there have been major changes in the local population structure due to land acquisition, even before any plantations have been established. Some tenure systems were obscure, making proper land acquisition hard to manage. Those local people involved in land sales had no access to legal representation and therefore could not get legal advice to aid decision making during the sale process. Large out-migrations of newly landless and increasingly hungry and desperate people have already happened, while newcomers continue to arrive in search of new opportunities.

Has the growth of palm oil had any positive impact on communities?

There are undoubtedly new employment opportunities, although 85% of all formal workers are from outside the district and only 15% are from Kalangala of which only 7% are natives of Kalangala. There is improved infrastructure, such as new roads, ferry services and electricity supplies to the islands. So we are not opposed to the expansion of palm oil plantations on the islands, but we will continue to advocate for both prudent environmental management and a fair deal for local people who stand to be easily exploited.

Billy Rwothungeyo is a Ugandan journalist and development communicator.