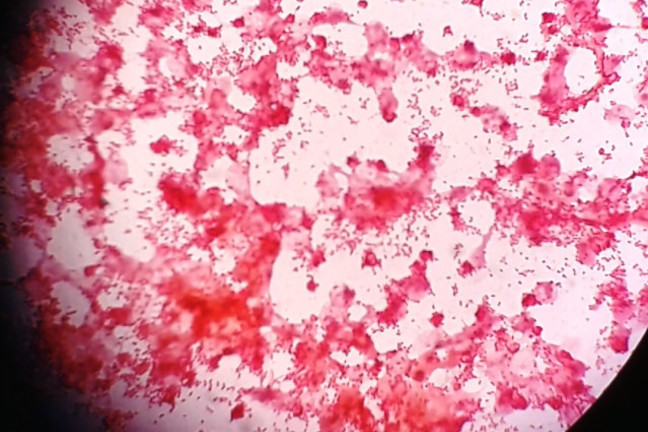 Gram-negative Bacteria under the microscope

Gram-negative bacteria (GNB) are a large group of bacteria that do not retain the crystal violet stain used in the Gram staining method.

The Gram staining method was a basic approach invented at the end of the 19th century to try to distinguish one bacteria from another, according to the chemical and physical properties of their cell walls.

What Gram staining intends to detect is the presence (Gram-positive) or absence (Gram-negative) of peptidoglycan in the bacterial outer layer.

There are numerous species of Gram-negative bacteria:

Enterobacteriaceae are a large family of GNB that are usually rod-shaped (aka bacilli).

Many Enterobacteriaceae are part of our microbiota, colonising preferentially the gastrointestinal tract without causing harm. That is the case of Escherichia coli.

Other relevant Enterbacteriaceae that can colonise our gastrointestinal tract without causing disease are: Proteus spp, Enterobacter spp, and Serratia spp. Nevertheless, under some circumstances, these bacteria can cause infections. Other Enterobacteriaceae that cause disease are Salmonella spp and Shigella app, which cause enteritis and/or invasive disease, and Yersinia pestis.

Some GNB are environmentally ubiquitous, such as several non-fermenter GNB (i.e. Pseudomonas aeruginosa, Acinetobacter baumannii), but can also colonise humans and other animals and cause disease.

To understand the main differences between Gram-positive and Gram-negative bacteria, watch this video below:

Learn more about all things insulin: from how it works, to insulin types, to side effects and guidance on how to prescribe safely.