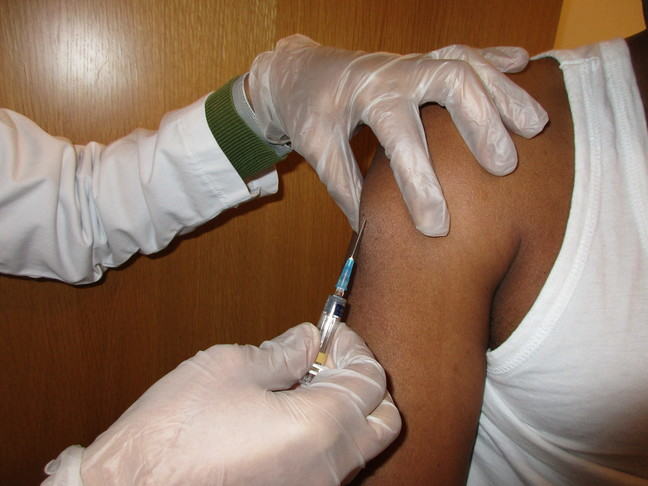 Vaccinations are important for prevention of infectious diseases. © G. Tjalvin

Vaccination is a very effective way of protecting workers who are at risk of infections. Vaccines interact with the immune system and produce an immune response similar to that produced by the natural infection, without causing the disease and its potential complications. The immunity lasts for many years, often a lifetime. However, this differs from vaccine to vaccine. Also, we do not have vaccines for all types of infections.

In most countries, vaccines are recommended and provided for children. If a person has not been vaccinated during childhood, different vaccines should be considered for adults in occupations at risk of infections.

Here is a summary of WHO’s recommendations for routine immunization. It is designed to assist the development of country specific schedules and is not intended for direct use by workers. However, it might be useful to have this overview when evaluating the need of vaccinations among workers.

We will now describe a few vaccines that can be considered in workers who are at risk for different infections due to their exposures at work.

A vaccine against hepatitis B has been available since 1982. The vaccine is 95% effective in preventing infection and the development of chronic disease and liver cancer due to hepatitis B. After the age of 40 years, antibody response rates decline gradually. Protection lasts at least 20 years and is probably life-long. Thus, WHO does not recommend booster vaccination for people having completed the 3-dose vaccination schedule. Occupational vaccination against hepatitis B should be considered among health care workers and others who may be exposed to blood and blood products in their work.

To prevent maternal and neonatal tetanus the vaccine had been introduced in 103 countries by the end of 2014. An estimated 83% of new-borns were protected through immunization. However, the effect declines over the years, and the vaccine must be repeated at least every tenth year. Occupational vaccination should be considered in workers in agriculture, sewage/manure treatment/handling, garbage collection and composting, and in veterinarians.

Rubella is a viral disease, which is transmitted by airborne droplets. The infection is usually mild in children. During early pregnancy, however, the infection may cause foetal death or congenital rubella syndrome, which we will tell you more about in the sixth week of this course. An effective vaccine exits, and it was introduced in 140 countries by the end of 2014. Due to this vaccine, the congenital rubella syndrome has been drastically reduced or practically eliminated in many developed and in some developing countries. Vaccination of young women who work in close contact with children, such as in kindergartens, schools and hospitals, should be considered.