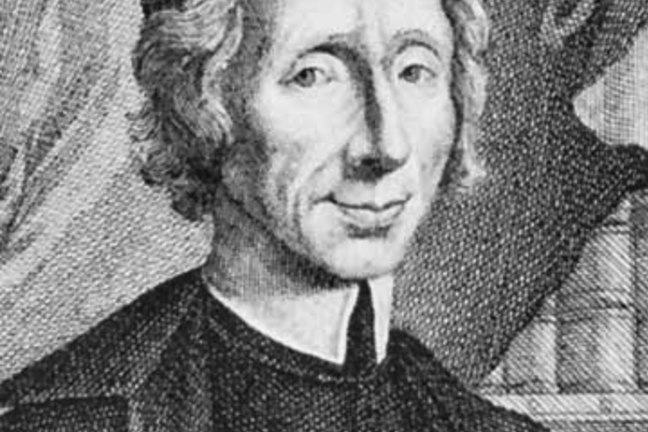 In the previous step, you have read two, anonymised passages by two early modern authors. Here, we will briefly return to these passages to identify their authors, and to assess to what extent, and how, these authors part ways with the Aristotelian tradition that analysed natural phenomena and events in terms of the two key notions of matter and form.

When wood perishes by Fire, … it is not resolved into any other, but those very same things, which were really pre-existent and contained therein, and consequently, … nothing thereof perisheth, but only that determinate Connection and situation [i.e. position] of its parts.

This is a passage from Antoine Le Grand’s Entire Body of Philosophy (1694), which was basically a handbook of Cartesian philosophy. The claim here is that when wood reduces to ashes, no new substance comes into being: it is not ‘resolved into any other’ substance. Rather, the material parts of the wood are as it were reshuffled and ordered anew. As a result, these parts come to manifest themselves as ashes rather than as wood.

Here, Le Grand’s analysis is clearly different from traditional Aristotelian analyses, where the reduction of wood to ashes was seen as a case of substantial change: a process in which one substance ceases to be, and another comes into existence.

This is a passage from the Search after Truth (1674) by Descartes’s follower, Nicolas Malebranche. Malebranche retains the word ‘form’ here, but reduces the form of a body to a configuration of its material parts. Here, he departs from Aristotelian tradition, where the form of a body could not be so reduced, and was sometimes taken to be kind of soul.