This content is taken from the BSAC's online course, The Role of Vaccines in Preventing Infectious Diseases and Antimicrobial Resistance. Join the course to learn more.
View course
2.5 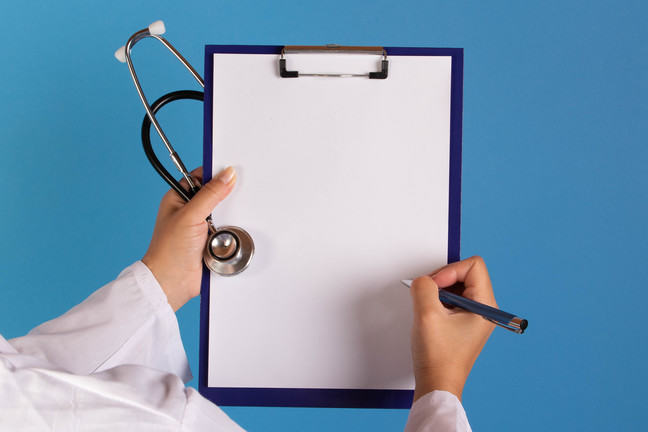 The economic crisis in Venezuela has resulted in catastrophic damage to the country’s health care systems. The reasons for the crisis are due to political and economic factors both internal and external to Venezuela.

This crisis has meant a shortage of basic medicines and declines in standards of nutrition and living. This has led to increases in infectious diseases like malaria and vaccine-preventable infections, causing hundreds of deaths.

The graphs below show the increases in vaccine-preventable infections as the economic crisis deepens: 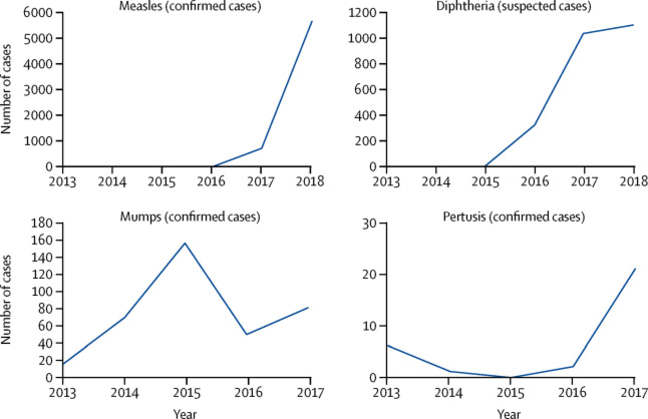 Circulation of measles was interrupted in 2007 following mass vaccination campaigns, however, since 2017 there have been more than 9000 cases of measles reported, including 76 deaths. This has been the result of progressive interruptions to the vaccination schedule since 2010, with only 50% of children estimated to be receiving the second dose of MMR vaccine. Furthermore, measles has been transmitted to neighbouring countries in the region including Colombia, Ecuador, Peru, Chile and Argentina.

Diphtheria had not been reported in Venezuela for 24 years before its re-emergence in 2016. Since that time there have been over 1500 confirmed cases with 270 deaths, predominantly in children under the age of 15. In response to this situation, vaccination campaigns using vaccines provided by the Pan American Health Organisation have been initiated. The success of these campaigns remains to be seen.

To learn more about the impacts of the economic crisis in Venezuela please read the article below within the downloads section.