This content is taken from the BSAC's online course, The Role of Vaccines in Preventing Infectious Diseases and Antimicrobial Resistance. Join the course to learn more.
View course
2.8

This step will look at examples of previous global pandemics and how vaccines were used to control the outbreaks.

Meningococcal bacteria (Neisseria meningitidis) are amongst the most common causes of bacterial meningitis. There are several different groups of Meningococcal bacteria that are named A, B, W, Y and X. Meningitis epidemics or outbreaks in different parts of the world have led to millions of deaths, mainly in those aged under 20. Meningitis outbreaks can occur in any part of the world.

The so-called ‘meningitis belt’ is a region in sub-Saharan Africa where there is a high incidence of meningitis and outbreaks are regularly reported, with the most common cause being Meningitis A. Although vaccines to prevent Meningitis A already existed, cost prohibited the widespread use in this region. To address this an affordable vaccine was developed and successfully used to reduce the cases of Meningitis A in this region. Watch the short film below that explains how the vaccine was developed and implemented.

Outbreaks of Meningitis B in the last few decades of the 20th Century in both Cuba and New Zealand led to the development of a new Meningitis B vaccine specifically to target the strain responsible for the outbreak. At the time the vaccines were developed there were no commercially available Meningitis B vaccines. The vaccination programme began in 2004 and more than one million people received the vaccine. Rates of infection were reduced from over 300 cases in 2001 to 30 in 2010. The graph below shows that although rates of infection were starting to decrease just prior to the vaccine campaign, the vaccine programme led to a significant reduction in cases. 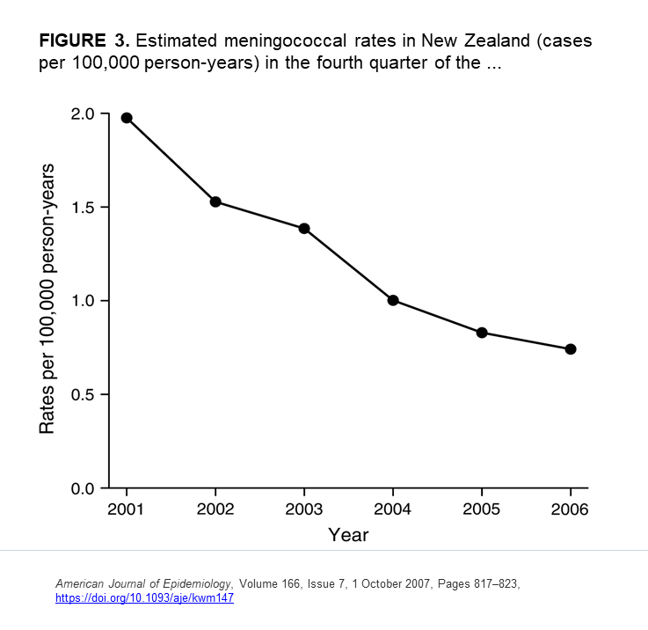 The first pandemic of the 21st century was the Swine flu influenza pandemic that started in April 2009. A vaccine based on this specific strain of influenza was rapidly developed. To bring the pandemic to an end the vaccine was required all round the world, but the supply was limited due to the time associated with the vaccine production. The World Health Organization (WHO) coordinated the distribution of donated influenza vaccines to those most at risk and countries most in need. Huge efforts were taken to mobilize resources, ensure a sufficient supply of prequalified vaccines, support country readiness and deploy vaccines and ancillary products to the countries. To see the whole story please see the video linked in the see also section below.