Find out more
Home The connection between climate change and gender inequality
Published on January 28th, 2022

In this article, we ask whether climate change and gender inequality are linked, what this means, and how we can make progress in both areas. 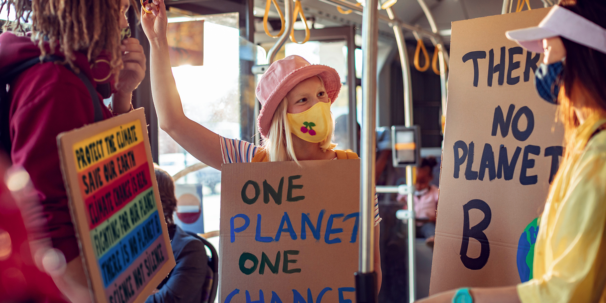 Climate change is so widespread in our world that almost everyone has felt its effects in one way or another. However, the effects are not being felt equally. In this article, we’ll be focusing on the connection between gender and climate change and asking why women are more vulnerable to the consequences of climate issues.

We’ll begin by thinking about who is susceptible to climate change more generally, then discuss how women face more extreme consequences than men. Then we’ll consider the role of women in climate justice movements and talk about potential solutions to gender inequality, climate change, and the correlation between the two.

Who is most vulnerable to the effects of climate change?

Certain areas of the world are more exposed and vulnerable to certain climate risks. For example, coastal and island communities are more at risk of rising sea levels, coastal erosion, flooding and tsunamis. Elsewhere, communities that rely on the land or forests are more likely to be impacted by wildfires and droughts. There’s not much we can do to avoid these problems, but it’s important to create infrastructure and communities that are ready to cope with climate-related risks.

Poverty is the biggest indicator that someone will suffer more from the effects of climate change, for a whole array of reasons. Lack of wealth also means people will face a lack of resources that can withstand climate issues, a lack of options to escape during crises, an inability to rebuild lives after a disaster, and things like food insecurity and higher disease risk.

Wealth also links to these other factors. People with money are more easily able to escape areas of vulnerable geography during a climate disaster, and poverty is more common among women and certain ethnic groups.

Another indicator of vulnerability to climate change is age. Understandably, children and the elderly are more likely to suffer due to natural disasters, food and water shortages, disease spread, and having to migrate away from their homes.

Research shows that climate change disproportionately affects those living in socioeconomic inequality, including many people of colour. A lot of this is because communities of colour are more likely to live near environmental hazards and pollution because governments and policies do not protect them as well as they should.

In addition to this, Indigenous Peoples often live in areas affected by climate change. They experience issues such as glacial melts affecting rural mountainous areas, fires in rainforests destroying homes, and reduced availability of traditional food sources, particularly in the Arctic.

Finally, the factor that we’re focusing on today is gender. Women and girls are at higher risk of experiencing negative effects due to climate change, and we’re going to dive into this in much more detail below.

Is there a link between gender and climate change?

It is fairly well documented that women suffer from the consequences of climate change disproportionately compared to men. The United Nations (UN) have published a fact sheet named Women, Gender Equality and Climate Change discussing the matter, and the World Health Organisation (WHO) published a report called Gender, Climate Change and Health that also addresses the way gender inequality interacts with climate issues.

How women are negatively affected by the climate crisis

In many parts of the world, women do the majority of gathering resources such as food and water. The Food and Agriculture Organisation of the United Nations (FAO) found that women produce more than half of the world’s food. For example, in sub-Saharan Africa and the Caribbean, women produce up to 80 percent of the food. In Asia, this figure is between 50 and 90 percent.

In rural communities, women not only produce a lot of the food, but they have to go out and gather it and prepare it for their families too. All of this means that women are more vulnerable to climate issues like droughts, forest fires and floods. These disasters can ruin food and water sources, force women to go further in their search for them, and make it much more difficult for them to feed their families.

Women in many parts of the world have more domestic duties than men. This links to the above point but also considers other domestic responsibilities such as heating a home, cleaning it, and taking care of children.

Additionally, natural disasters and saltwater intrusion into rivers can damage water quality and make it more difficult for women to carry out daily responsibilities.

Women are less likely to be in positions of power

All around the world, it is well known that women are significantly less likely to be in positions of power. Whether we’re talking about members of government, media moguls, or heads of corporations, representation of women is low in all of these categories. This lack of power is even more notable in countries or cultures that abide by heavily patriarchal values.

When women have less power across all areas of society, they are far less likely to be involved in the decision-making and problem-solving processes related to climate change. If women’s voices were listened to more, they’d be more able to control and distribute helpful resources, think about access to education, and push for environmental policies. Currently, women’s best interests are often sidelined because they are so outnumbered in many influential areas of society.

Women are more likely to die during natural disasters

A report by the Women’s Environmental Network (WEN) found that women and children are 14 times more likely to die or be injured during a natural disaster than men. The mortality rate of women can even go as high as 79% of total deaths. This is for several reasons, including lacking swimming ability, less access to warnings and information, restricted mobility due to clothing, and women helping children or waiting for male relatives to accompany them.

When climate disasters strike or the impacts of climate change slowly start to spread, women have fewer options to turn to when they lose their homes or jobs. When land-based work is made impossible, women don’t have many alternatives due to issues such as being barred from factory jobs and night shifts.

So in many countries, men have more access to different work opportunities, which just exacerbates gender inequality even further because women can’t look after themselves or their families.

Despite being less likely to be in a position of power to enact change, women are more likely than men to take an active role in climate justice movements. Whether this is because they feel the effects of climate change more acutely, or for other reasons, it’s important to recognise the work that women do in this field.

The Why women and climate change? report by WEN found that women are more likely to get involved with community-based projects that tackle climate change, such as local food projects. In addition to this, twice as many female than male volunteers were trained in a recent UK government initiative to support local communities in environmental efforts.

Women are more likely to be sustainable consumers, regular recyclers, greener energy users, and vegans. While some of this may be because eco products are much more heavily marketed towards women, it may also be because women are often raised to be more socially conscious than men.

There’s no easy fix to these issues and correlations we’ve discussed today. Gender inequality is so deeply embedded in society, and the effects of climate change are not easily reversible. However, Dr Astghik Mavisakalyan, a principal research fellow at Curtin University, suggests that progress in one can drive progress in the other to create a “virtuous circle of sustainable and equitable development”.

This means that more gender equality will likely lessen the impact of climate change, and more environmental action will likely lessen the impact of gender inequality. To learn more about how to take action for women’s rights, you can take a look at our blog about feminism. Alternatively, to fight against climate change, we have some great tips on how to save the planet and how to reduce your carbon footprint.

Below we make some suggestions of things we can do to reduce the effects of climate change on women, and hopefully, on all living creatures.

We hope this article has provided some useful insight into the way climate change has larger consequences for certain groups of people. The next time you think, “that doesn’t really affect me”, keep in mind that some people will suffer more greatly than you at the hands of the climate crisis. To learn more about climate change, climate adaptation, and sustainable development, we have a fantastic range of courses for you to choose from.