June is Pride month! Discover the origins of Pride, what’s happening this year, and why it’s still so important for LGBTQIA+ rights. 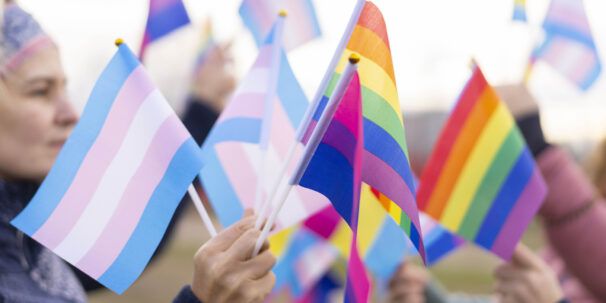 Pride is a hugely exciting and important event all over the world, so we decided to explore it in more depth. What’s more, this year is the 50th anniversary of Pride – marking an incredible five decades of celebrating and supporting queerness! In this article, we’ll be discussing why Pride is such an important occasion for LGBTQIA+ people, how it started, and why we still celebrate it today.

Pride is all about promoting the equality, self-affirmation and visibility of LGBTQIA+ people, by creating a community and safe space for people to be who they are. The word ‘Pride’ in this sense was first used by Brenda Howard, the organiser of the first LGBTQIA+ Pride March in the wake of the Stonewall Inn riots of 1969. And, while the origins of the choice of that word may be lost to time, it’s a term that’s become meaningful to the community ever since. Pride is about encouraging people to speak up proudly.

Pride events usually involve a series of marches and parades with performances, music, colourful dress and an abundance of rainbow flags. In the UK, June is traditionally Pride month, but there will be Pride events across the country throughout the next few months. London Pride is in July this year and has the theme #AllOurPride, which is all about connecting the present with 50 years of powerful LGBTQIA+ history in London.

UK Black Pride haven’t announced details of their 2022 theme and parade yet. Last year, however, they went with the theme of “Love and Rage”. As detailed on their website, they wrote “Our 2021 theme claps back against the many ways we are told who we are allowed to be, and how to grieve, love and rage. We will not be quiet, we will not be meek. We will be heard, and we will be loud.”

The first Pride event took place in London in July 1972, with about 2,000 people taking part. It was created as a response to the Stonewall Riots that occurred in New York, in 1969. In the early hours of one June morning, there was a police raid at Stonewall Inn, a gay bar in Greenwich Village. Raids such as these had become fairly common – at the time, cops were arresting people for doing drag or wearing clothes that didn’t align with their perceived gender.

The original Pride flag is the famous rainbow flag, created by gay artist Gilbert Baker. It was designed in 1978 after Harvey Milk, San Francisco’s first openly gay elected official, asked Baker to design a symbol for Pride. Some people in the LGBTQIA+ community desired to reclaim the pink triangle from the Nazis, but many felt that the community deserved a new symbol without such a dark history.

As times have changed and discussions in the LGBTQIA+ community have progressed, a more inclusive flag has been created. The Progress Pride Flag encapsulates all members of the LGBTQIA+ community including people of colour and the trans community. It was designed in 2018 by Daniel Quasar and adds black and brown stripes for people of colour and the colours of the Transgender Pride flag to the original rainbow. 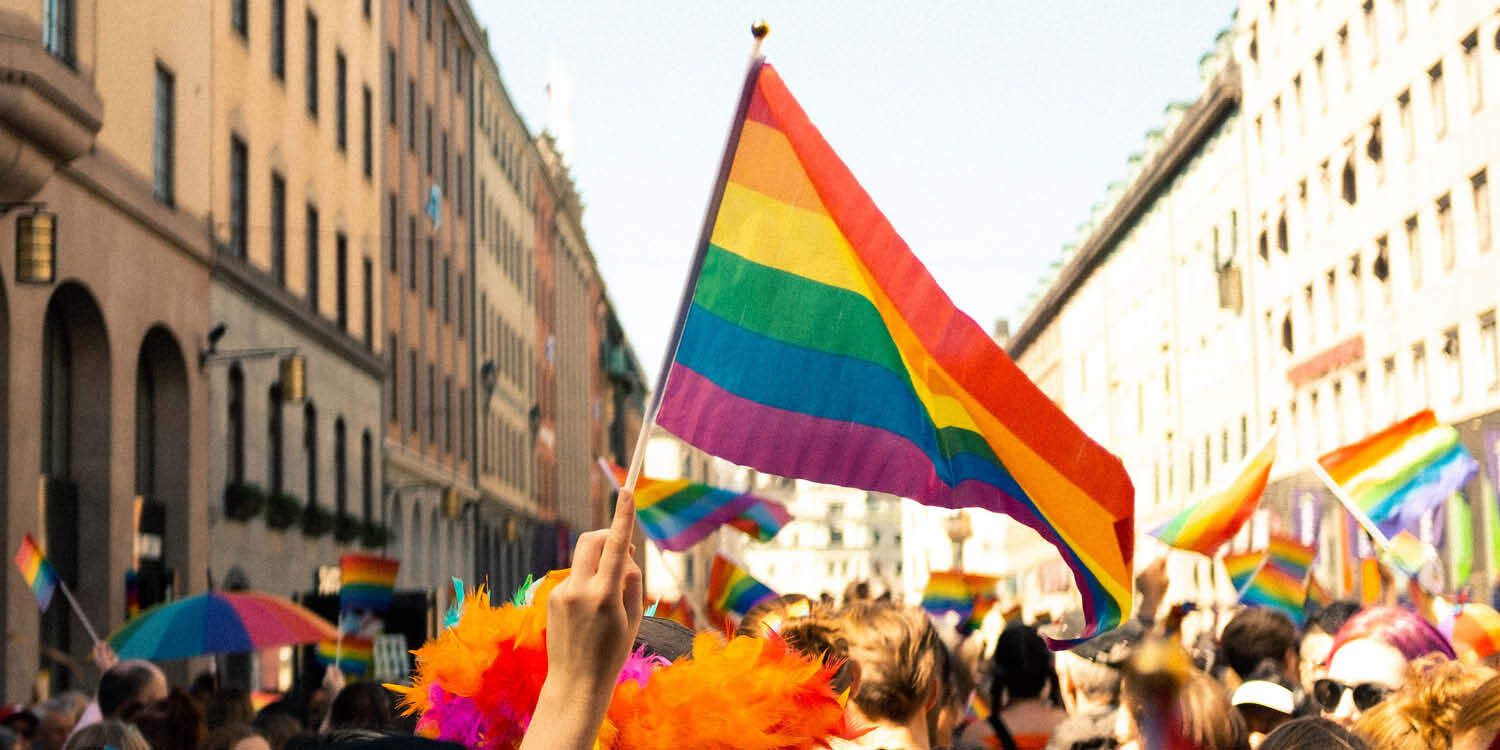 The impact of Pride can’t only be measured by changes in legislation, even though law changes are a very important part of achieving progress. We also need to consider general attitudes towards LGBTQIA+ people in society, and the role of gender norms.

Representation in media such as music, television, film and magazines has increased dramatically since Pride began, with many shows such as Drag Race and Queer Eye becoming much more mainstream. We’re also seeing many more celebrities coming out as queer, trans and non-binary.

GLAAD’s Where We Are on TV Report tracks the progress of LGBTQIA+ representation on TV each year. In their 2021-22 report, they counted 138 LGBTQIA+ characters on primetime scripted cable originals, which is an increase of 20 characters from the previous year. Of course, there can always be more and better representation, but it’s definitely improved over the years.

You can explore the relationship between media and culture in a case study of LGBTQIA+ representation in our Understanding Media: Introduction to Media Literacy and Representation course by the University of Newcastle, Australia.

Another notable achievement is that LGBTQIA+ education has become a part of the UK education curriculum, after being voted in by UK Parliament in 2019. The ban on promoting homosexuality in UK schools was only overturned in 2003, so creating an inclusive curriculum is a significant progression.

As Lisa Hallgarten writes in our open step by Humanists UK, “RSE must be relevant to and inclusive of all students by acknowledging LGBT people’s lives and relationships in relation to different family types; and as people with the same aspirations and rights to romantic and sexual relationships as heterosexual people. Excluding LGBT people from RSE can lead to disengagement with lessons and reinforce feelings of isolation”.

Pride is so important because it continues to provide LGBTQIA+ people with a community, safe space, and a chance to celebrate who they are and who they love without shame. In addition to this, there is still so much more progress to be made, and Pride is one of the ways we can draw attention to LGBTQIA+ issues, injustices and achievements all over the world.

There are still 71 countries that have laws criminalising homosexuality, and the queer people in these countries need us to continue fighting for their right to exist. In addition, there is more to do in the UK to fight for LGBTQIA+ rights.

The National LGBT Survey: Summary report in 2017 found that LGBTQIA+ respondents were less satisfied with their lives compared to the general UK population, and more than two-thirds of respondents said they had avoided holding hands with their same-sex partner out of fear of a negative reaction. Pride needs to exist so that we can continue to change statistics such as these.

People often talk about how now is the best time to exist as a queer person in many countries. Representation is better, more countries are decriminalising homosexuality, and nations are increasingly legalising gay marriage.

Sadly, not everywhere in the world is continuing to progress when it comes to LGBTQIA+ rights. In recent years, we’ve actually seen some shocking regression, particularly in the US, and Central and Eastern Europe.

In Poland and Hungary, to name two of the most extreme examples, there’s been an increase in anti-LGBTQIA+ legislation and homophobia witnessed both online and in physical spaces. Poland even had “LGBT-ideology free zones” across areas of the country last year, which feels archaic for 2021.

In even more recent news, many states in the US have proposed so-called “Don’t Say Gay” bills. These bills vary slightly depending on the state, but they essentially order teachers to refrain from talking about sexual orientation or gender identity to students, under the guise that LGBTQIA+ education (or even discussion) is a form of “indoctrination”.

This rise in dangerous ideology is even more of a reason for us to keep celebrating Pride, advocating for LGBTQIA+ rights, and educating the world about important issues like intersectionality, gender norms, and LGBTQIA+ history.

While Pride month is June in the UK, London Pride is occurring on July 2nd this year. UK Black Pride is a bit later and will take place on August 14th. There are many more Pride events across the UK, so we recommend you check the Pride events calendar for a complete guide.

Outside of the UK, there are also many Pride events happening throughout the year, so you can check the Global Pride Calendar 2022 for more information.

Learn about LGBTQIA+ issues with FutureLearn

Here at FutureLearn, we believe that everyone has the right to be themselves without fear of negative consequences. If you want to learn more about LGBTQIA+ issues and celebrate Pride with us, we have a Pride 2022 course collection page where you can check out all of our relevant courses.

Education is so important when it comes to making positive change, so we hope you learn something valuable about the LGBTQIA+ community and join the fight to secure their rights.