Find out how blockchain technology works, what makes cryptocurrencies so popular, and why Bitcoin is so volatile. 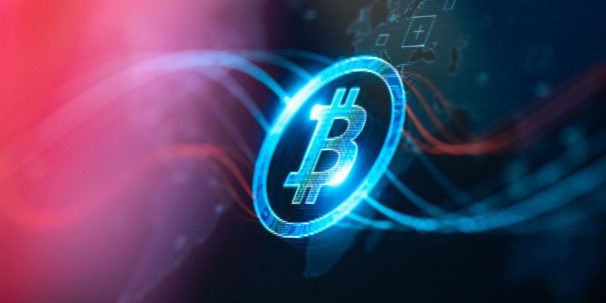 Every few months for the past few years, stories about cryptocurrencies like Bitcoin make the news. Whether in a positive or negative sense, this new technology is a fascinating and rapidly developing prospect. But how exactly does it work? And what is blockchain? We take a closer look.

We’ll start by focusing on understanding blockchain, the technology that’s behind cryptocurrencies such as Bitcoin. Next, we’ll look at how cryptocurrencies work and why they’re so popular. Finally, we’ll explore the phenomenon that is Bitcoin.

Let’s start with the basics; what is blockchain? We’re starting here because this technology is at the heart of many cryptocurrencies, including Bitcoin. What’s more, the uses of blockchain technology go far beyond just digital currencies.

Each blockchain ledger is stored globally across thousands of different servers. This means that anyone on the network can see (and verify) everyone else’s entries. This peer-to-peer and distributed ledger technology, as it’s known, means that it’s nearly impossible to falsify or tamper with data within a block.

So, to use IBM’s definition, blockchain is a shared, immutable (permanent and unalterable) ledger that facilitates the process of recording transactions and tracking assets.

How does blockchain work?

We now know what a blockchain is, but how does the technology work? We’ll keep things at a basic level here, but if you want to know more, you can check out our Cryptocurrency and Blockchain Technology Explained course.

Each block in the chain contains a few set elements – a certain amount of data, a cryptographic hash, and the hash of the block before it. The hash is essentially the fingerprint for that block – a unique identifier that relates to the block and its contents.

So, if the data within a block changes, so too does the cryptographic hash. Of course, we know that each block also contains the hash of the block before it. This means that if someone were to tamper with one block, each subsequent one would be invalid, adding a level of permanence and security.

This use of unique identifiers helps to make blockchains safe and trustworthy, but there are other elements that add extra layers of security. One such layer is called ‘proof-of-work’. This mechanism means that creating new blocks in the chain takes a set amount of time. As such, if someone were to tamper with one block, they’d have to recalculate the proof-of-work for all subsequent ones, which would take a lot of time and processing power.

The final layer in our blockchain explanation is the peer-to-peer (P2P) network. This aspect of it means that rather than one entity owning and supervising the blockchain ledger, it is instead distributed among a network of users.

When someone joins the network, they get a full copy of the blockchain. When more data (a new block) is added to the chain, it is sent to each user (node) on the network. This P2P network creates a consensus, as each node has to verify and validate the data.

What is blockchain technology used for?

We know that blockchains can be used to create cryptocurrencies like Bitcoin (more on both of those later), but what else can this innovative tech be used for? Well, there are already plenty of real-world examples of how things like blockchain encryption are being utilised. Here are some examples:

Why are blockchain skills so popular?

One of the interesting trends of recent years is the move of blockchain technology from a mysterious (and slightly suspicious) concept to the darling of modern business thinking. As we’ve seen already, industries such as logistics, healthcare, and fintech are all making use of systems built on blockchains. As a result, those with skills in blockchain usage are in high demand.

A 2020 report from LinkedIn named blockchain as the most in-demand skill in the US, UK, France, Germany, and Australia.  What’s more, data from 2021 shows that demand for the role of Blockchain Developer grew by 488% from December 2020 to January 2021, making it the second-most sought-after job during that time.

With companies across many industries hoping to implement blockchain technology, there is a clear need for those with the right set of skills. The role of a blockchain developer is to oversee the research, planning, and execution of developing a blockchain solution.

So far, we’ve looked at some of the applications of blockchain technology across various industries. One area we haven’t yet explored is that of cryptocurrency, as it’s worth a closer look on its own. You’ve no doubt seen news stories about various cryptocurrencies, but what are they? And how do they tie into blockchain?

Cryptocurrency is essentially digital money. However, unlike regular fiat currency (such as Dollars, Pounds, Yen, etc.), it decentralised, meaning it isn’t backed or regulated by a central authority, such as a bank, government, or country.

There are other differences between crypto assets and other kinds of money. For a start, cryptocurrencies don’t exist in a physical format – there are no coins or bills that you can use; they are all digital. Similarly, they’re not based on another asset such as gold, and it’s not stored in a bank or financial institution.

So, cryptocurrencies are digital, decentralised currencies that are based on blockchain technology. Although cryptocurrencies such as Bitcoin and Ethereum are some of the most well-known, there are actually more than 4,000 in existence.

How do cryptocurrencies work?

We already know how blockchain technology works. Blocks of data in the chain are created with unique identifiers, referencing the block before them. These blocks of data are shared and verified across a distributed network of users. Cryptocurrencies use this principle, using and recording transactional data in the blocks.

Let’s look at a simplified example of how a cryptocurrency transaction might take place:

What is cryptocurrency mining?

There is another piece of the blockchain and cryptocurrency puzzle that we’ve not covered yet, and that relates to cryptocurrency mining. To add a new block to the blockchain (and by doing so, verify the transactions within that block), a small percentage of users in the network race to solve a very complex maths puzzle.

The solving of this problem takes a lot of computing power (and electricity), but the winner gets the right to add the new block to the blockchain. This then becomes the official record on the public ledger and the person who solved it is rewarded with an amount of cryptocurrency.

Although this seems like a surefire way of making some money, there are a few issues. Crypto mining often requires specialised (and expensive) computing hardware. What’s more, the more people mining, the harder it is to solve the puzzles, often making it impossible for casual users to mine even one block.

That being said, there are opportunities for users to pool their computing resources with other miners, which can mean they get a small share of the profits. However, the electricity-intensive process can mean that the cost of mining isn’t worth the rewards.

The pros and cons of cryptocurrency

If you’ve followed cryptocurrencies in the media, you’ll have no doubt noticed both good and bad stories about them. From record-breaking all-time highs to stories of lost fortunes, this new technology is clearly fascinating. But what are the actual positives and negatives of cryptocurrency? We’ve outlined some of the pros and cons below:

Emerging technologies often bring a host of new opportunities and uses. Here are just some of the positives of cryptocurrency:

Of course, there are also plenty of downsides that come with cryptocurrencies in their current format. Here are just a few:

We’ve come this far without really mentioning the biggest name in the cryptocurrency market – Bitcoin. So what is Bitcoin? And why is it so popular? Bitcoin is a cryptocurrency based on blockchain technology. It works in the same way that we’ve mentioned above, with all of the positives and negatives that come with it.

The digital currency emerged in 2008 after the financial crisis. Essentially, it was a way for people to make purchases and trade funds without having to go through banks and financial institutions. However, many elements of linking digital money to cryptography had been around since the 1990s.

Despite being worth less than $0.01 in May 2010, it was then that the first transaction in Bitcoin was made. Two pizzas were purchased for 10,000 BTC. At the time of writing, that amount of BTC is worth over £350 million.

In the years since, the price of Bitcoin has fluctuated wildly. At the start of 2017, each Bitcoin was worth around \$1,000. By December of that year, it had peaked at \$20,089. However, after that point, prices gradually declined, before another peak towards the end of 2020.

So, that concludes our look at the basics of blockchain, cryptocurrency, and Bitcoin. Clearly, blockchain technology is an exciting and versatile technology that has many uses, including for powering cryptocurrencies such as Bitcoin.

Although this technology is in its infancy, many businesses and industries are exploring the applications of blockchain. As such, the demand for those with skills and knowledge in this area is high. If you’re looking to develop your skills in blockchain, now is the ideal time. Why not get started with one of our online courses today?