Find out more
Home What are different programming languages used for?
Published on February 18th, 2021

Find out about some of the most popular programming languages, what they’re used for, and how you can learn to code with them. 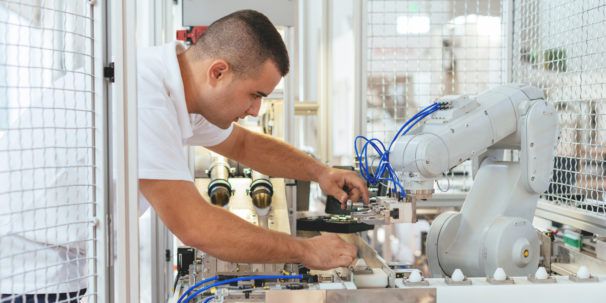 Coding and programming skills are some of the most in-demand abilities in the modern job market. As many more services transition to digital and online technologies, there is a need for people who can write and understand many different types of code. We take a look at some of the different programming languages and what they’re used for.

As well as exploring some of the most popular coding languages, we’ll also outline some of the ways you can go about learning them, including courses and ExpertTracks.

How many programming languages are there?

Of course, many of these languages were specific to particular machines and functions and aren’t used anymore. What’s more, it wasn’t until the 1940s that the first modern computers were created. However, many modern programming languages have their roots in Ada Lovelace’s first machine algorithm, developed for Charles Babbage’s Difference Machine in 1843.

Today, people still use a vast array of different coding and programming languages. However, the list of the most popular ones spans around 150.

Why are there so many programming languages?

Some languages are easier to use and understand for programmers (high-level languages) but offer less control over computers. Others are more machine-friendly (low-level languages), making them faster to execute and more memory-efficient, but harder for humans to understand.

You’ll also find that many coding languages exist to perform specific functions. Whether for particular machines or tasks, these can be quite niche and varied.

What are the most popular programming languages?

There is a useful guide for keeping track of the programming languages that are the most popular. The TIOBE Programming Community index tracks these rankings monthly, based on the number of skilled engineers world-wide as well as things like available courses and third-party vendors.

At the time of writing, some of the top programming languages include:

You’ll notice this list doesn’t include two languages you may have heard of – HTML and CSS. These two languages determine much of the structure and style of webpages. However, that’s all they do; they don’t contain instructions and statements like those listed above, and so aren’t usually considered as programming languages.

That being said, if you’re hoping to code for the web or use languages such as JavaScript, you’ll want to have a good understanding of both HTML and CSS.

What are different programming languages used for?

As we’ve discovered, different programming languages are used for the various functions that computers can perform. But let’s get more specific. First, let’s look at a slight distinction between the types we’re going to look at.

Another main type of programming language is known as functional programming. These languages are based on mathematical functions, using linear mathematical logic. They’re useful for things like list processing applications and big data analysis.

Below, we’ve taken a closer look at some of the most popular coding languages and their uses.

Let’s start off with one of the most established programming languages still used today, C. It’s also a highly influential language, making it a useful one to know the basics of.

The C programming language was first released back in 1972. It’s a high-level procedural language that has become one of the most widely-used ones out there. Despite its age, it’s still a relatively complex language, yet its influence can be seen in many others. C#, C++, Java, Python, and more all take elements of inspiration from C.

What is C used for?

C is a versatile language that has uses in many different areas. It’s mainly used for creating system applications, meaning that operating systems such as Windows and Linux use a lot of C programming. You can also use C to create games, graphics, and apps that use lots of calculations.

How to learn C

If you’re a newcomer to the world of coding and programming, C is a fairly difficult place to start. There are other high-level languages such as Python that offer a better starting point. That being said, there are plenty of online resources for learning C.

As far as easy-to-learn programming languages go, Python is up there with the best of them. If you’re just starting out learning to code, there are few better places to start.

Python is an object-oriented, high-level programming language launched in 1992. It’s built in such a way that it’s relatively intuitive to write and understand, making it ideal for those who want rapid development. It’s a very popular language right now, meaning there are plenty of Python jobs available.

What is Python used for?

Because of how versatile a language it is, Python has many applications. As well as being good for general use, such as for web applications, it also has many areas of specialisation. A good example of the latter is for artificial intelligence (AI) and machine learning.

How to learn Python

We have a range of free Python courses that can get you started with some of the basics. Programming for Everybody is the ideal place if you’re totally new to programming. For more experienced learners, we have ExpertTracks on Python topics such as data analytics, deep learning, and data visualisation.

Another useful starting point for programming is to learn Java. It’s a versatile and general-purpose language that is similar to JavaScript and Python.

Java is a hugely popular object-oriented programming language. Part of its popularity comes from the fact that once you write a piece of code in Java, it can run on just about any device with the Java platform.

What is Java used for?

The ‘write once, run anywhere’ concept at the heart of Java means it has many different uses. However, some of the main uses include for business software, web applications, and mobile apps. Google’s Android OS, for example, uses Java as its native language.

How to learn Java

You can get started with the basics of Java programming with our free courses on building your first mobile game. This will introduce you to some of the essential concepts and constructs of Java. If you’re looking for a more detailed exploration, our Software Development with Python and Java ExpertTrack is the ideal place to start.

Despite its name, JavaScript isn’t directly related to Java. However, it does use a Java-like syntax, which is where the name comes from. If you’re interested in client-side web browser coding, this is a language you want to learn.

JavaScript is a high-level, object-oriented programming language (although that second point is up for some debate). The language was created in the early days of the internet, back in 1995. You’ll find that all major web browsers have JavaScript support.

What is JavaScript used for?

As mentioned, JavaScript is a language used to write code that runs in web browsers. As such, it has a wide range of applications and is especially useful for making web pages interactive and responsive. It’s often used alongside HTML and CSS to add things like animations, video players, and even browser-based games.

How to learn JavaScript

If you’re new to coding with JavaScript, HTML and CSS, our Introduction to Web Development course is the ideal place to start. Here, you’ll learn how to build your own interactive website using the languages. For a different angle on your learning, our course on using JavaScript, jQuery and JSON in Django can help you master some of the basics.

PHP is another easy-to-learn coding language that is both free and open source. Much like JavaScript, it’s mainly used for coding on websites.

PHP: Hypertext Preprocessor is a high-level, object-oriented programming language. Although similar to JavaScript in some ways, PHP is a server-side rather than client-side scripting language that is embedded in HTML. As such, it is often used together with JavaScript. As one analogy puts it, if PHP is the paintbrush, JavaScript is the paint.

What is PHP used for?

There are many uses for PHP, although mostly for website development. You can use it to manage dynamic content and databases on a website, for example. The latter is particularly relevant, as it integrates well with database languages such as MySQL.

How to learn PHP

As with many coding languages, the best way to learn is to get as much practice as you can with the language. There are many resources available that will take you through the basics, such as how the language works and what the basic syntax looks like.

If you’re interested in areas like database management, SQL is a language that you simply have to know. In fact, most developers need to have at least a basic knowledge of the language.

Structured Query Language (SQL, sometimes called Sequel), is a domain-specific language designed for managing data held in databases. Unlike many of the different programming languages mentioned so far, this isn’t a general-purpose one, meaning its use is far narrower.

What is SQL used for?

SQL is mainly used to communicate with databases. As such, it’s used by server developers, database administrators, and software developers across a range of industries. However, more recently, it’s also used in areas such as data analysis and big data mining.

How to learn SQL

If you’re new to the subject, our Introduction to Databases and SQL is the ideal place to start. Here, you’ll learn about how databases work and how SQL can be used to search and manipulate data.

R is a somewhat unique language on this list, yet it’s becoming an increasingly popular one. As we’ll see, it’s particularly useful in academic fields and for large tech companies.

R is a low-level, functional programming language and software environment, mainly aimed at statistical computing and graphical techniques. There is a vast library of tools that come with the language, including machine learning algorithms and other useful tools.

What is R used for?

How to learn R

A great place to start with programming in this language is with our Data Science on Microsoft Azure using R Programming ExpertTrack. As you work your way through it, you’ll learn R programming and develop your data science skills.

We’ve picked out several examples that show just a small fraction of what the different programming languages are used for. Although general-purpose languages can be used in various ways, more niche and specific tasks often require a more specialised language.

If you want to get into coding and programming, there are many opportunities to do so. We’ve picked out some of the free programming courses and ExpertTrack subscriptions that can help you get started. You’ll also need to practise your new skills to continue developing them.