A typology of domestic violence?
The World Health Organization has a model depending on the nature of violence and the relationship to the perpetrator.

Before we move on to the case, let’s have a look at the different types of domestic violence. 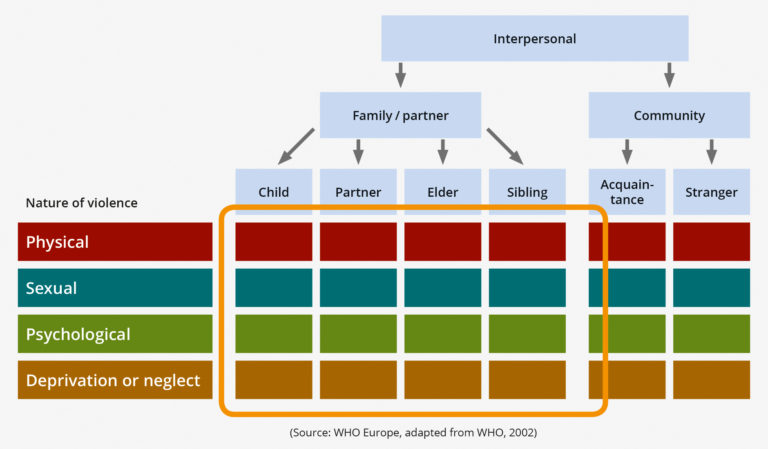 Why does it matter if the person exposed to violence is in close relationship to the perpetrator?