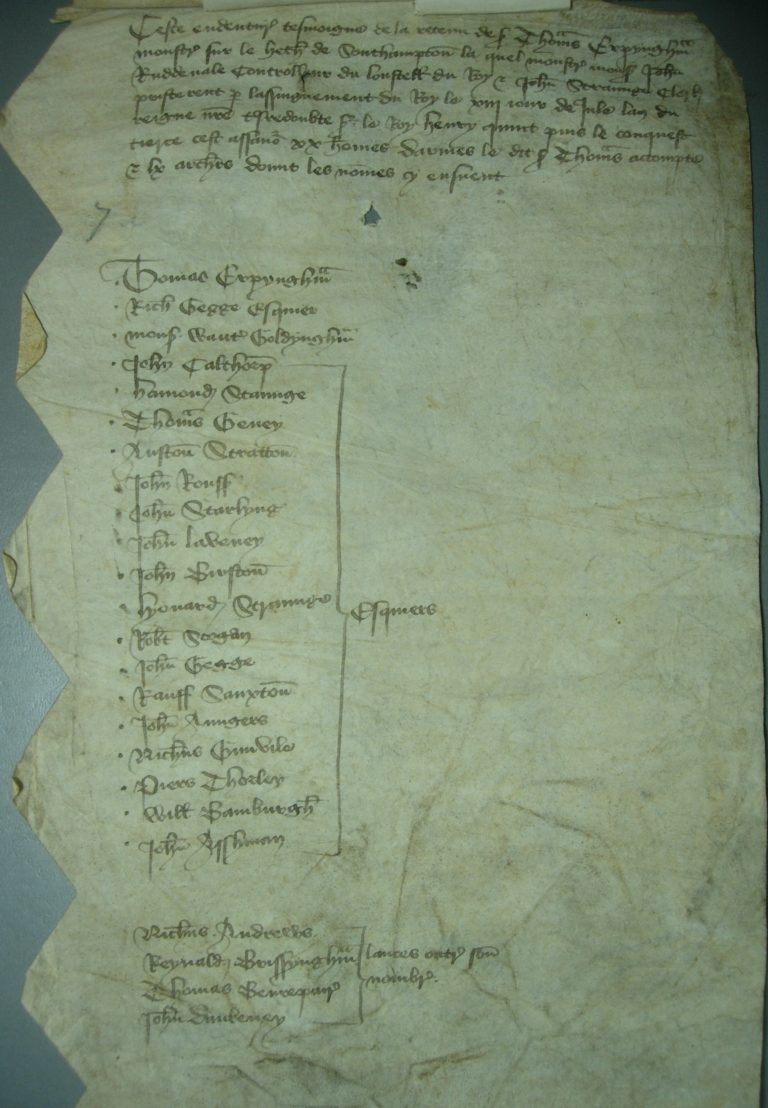 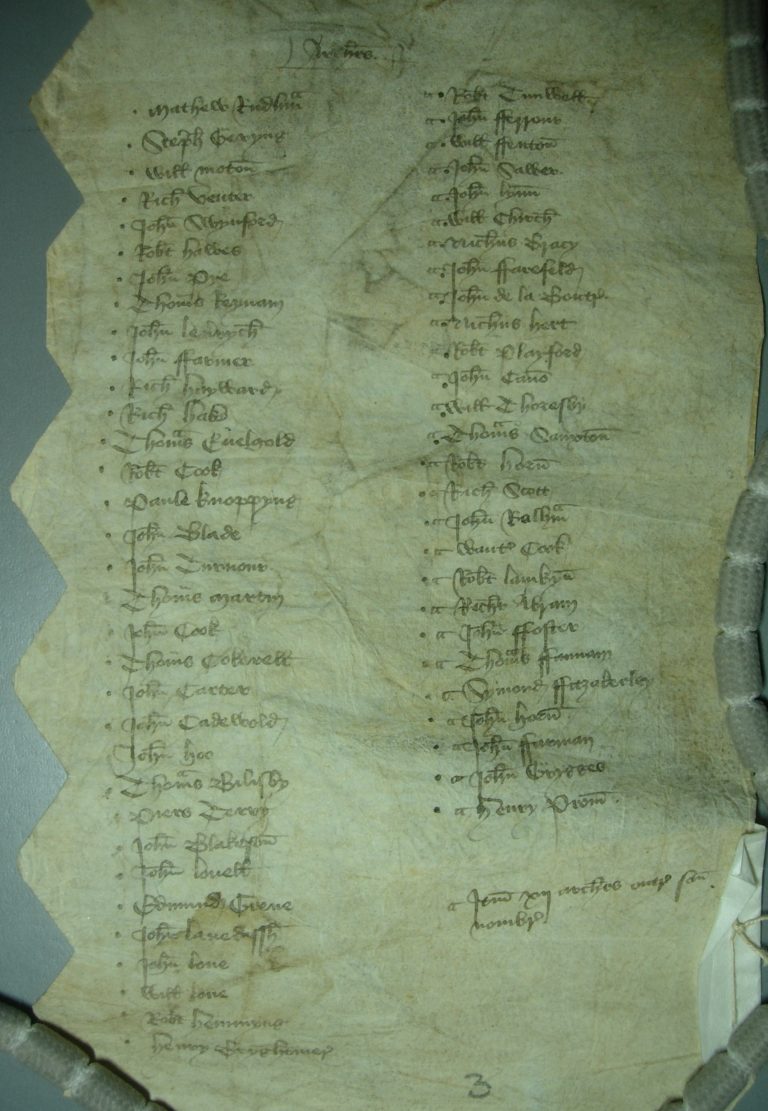 What is the evidence that the names of these men were checked off at the muster?

Can you make out the names of the soldiers? Tell us what you make of the choice of first names in this period? Which is the most common first name?

View Course
Share your ideas in the comments area. Note: these names are generally given in the Latin form and are abbreviated. For instance the first name is: Tomas Erpynghm (Thomas Erpingham)
© University of Southampton 2015