Grasso et al. (2019) investigated the perception of proteins from alternative sources by European consumers as well as their readiness to accept these 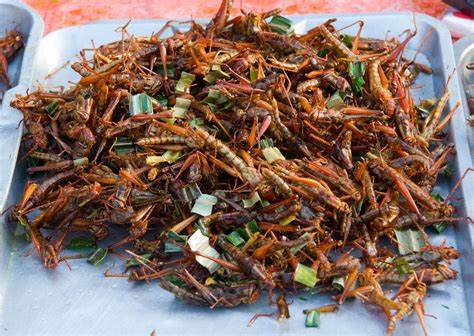 Alternative proteins are proteins from sources other than meat, dairy, eggs and fish.

Currently, the main resource for alternative proteins are plants such as legumes (e.g., soy, pea, beans), cereals and pseudo-cereals (e.g., wheat, buckwheat, rice). However, further protein sources are being explored in science and industry, especially single-celled organisms (e.g., fungi, algae), insects and in vitro meat (i.e., muscle cells that are cultivated in a bioreactor).

The environmental impact of alternative protein sources is much lower compared to that of animal-based protein, making them favorable for the production of food of the future, which will be challenged by the climate change and an increasing world population.

Grasso et al. (2019) investigated the perception of proteins from alternative sources by European consumers as well as their readiness to accept these. Consumers of 65 years or older were the target group as this population group will be expanding during the upcoming years, and they are more likely to suffer from protein malnutrition and thus require an adequate consumption of protein. However, the overall findings of the study were in agreement with those obtained from younger participants.

It was found that animal-based proteins (meat, dairy, seafood) were preferred by the consumers. Plants were the most accepted alternative protein source, with 58 % of the participants describing them “acceptable” or “very acceptable”. On the contrary, only 20%, 9% and 6% of the participants described proteins from single-celled organisms, insects and in vitro meat as “acceptable” or “very acceptable”, respectively.

It was further observed that proteins from insects and single-celled organisms were less accepted by those consumers who set high expectations in the sensory attributes (i.e., taste, smell, texture) of products, suggesting that these protein sources were expected by the consumers to result in inferior sensory qualities compared to traditional protein-rich foods.

Alternative proteins, in particular from insects, single-celled organisms and in vitro meat, are still rather novel concepts to many consumers, with only few products such as QUORNTM being already available on the market. One limitation of this study might have been that the participants were not always aware of the kind of products or meals that could be prepared from alternative proteins, therefore decreasing the acceptance of these protein sources. The authors discussed other studies that implied that the consumers’ acceptance of alternative proteins might be higher when placed in the context of a concrete product or meal, such as pizza or burgers. Finally, it needs to be considered that, even when positive attitudes towards novel products are observed in a study, the consumption behavior of the consumers will not necessarily change as it depends also on other factors such as social norms, price and availability of products, and sustainability might be a secondary motive for food choices.