How are influenza viruses named?

How are influenza viruses named? They follow an internationally established formula, that you will see in vaccine leaflets, for example. 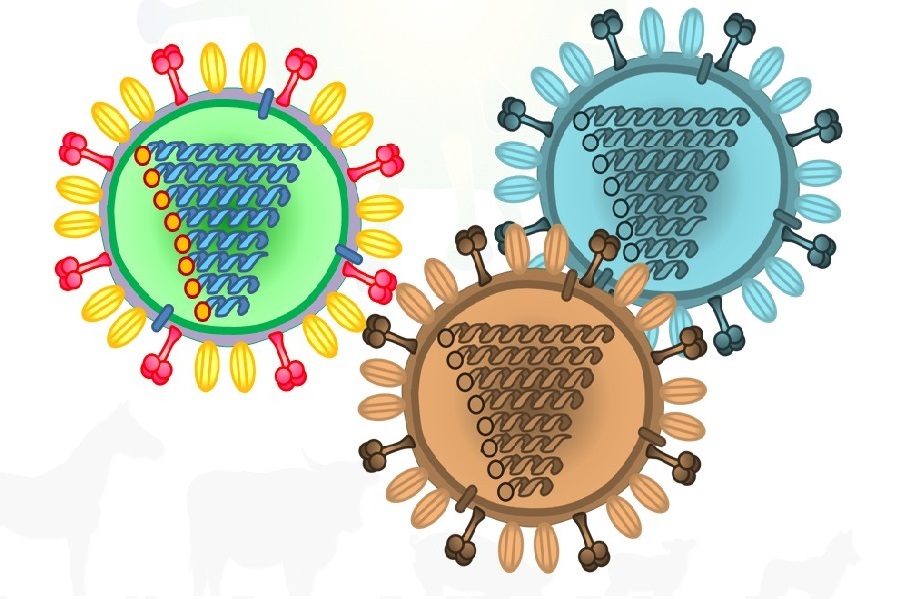 The influenza viruses are named by a formula established by the international Committee of Taxonomy.

This formula is, for example, in the spc, prospectus or leaflets of vaccines against flu. For this reason, it is important that you understand it well.

The taxonomic expression is as follows:

This will be the result:

The same type of hemagglutinin can be present in viruses isolated from different species of animals, including both wild and domestic. For example, H3 may be associated with human and equine viruses, among others, and N1 with chicken and swine viruses.

Some examples of the nomenclature of viruses isolated, identified and classified in reference laboratories of different countries and present in the international list of influenza viruses are:

Often, only the combination of hemagglutinin and neuraminidase are mentioned when we talk about influenza viruses. However, we should always indicate the species in which it circulates.

The species of interest that we will talk about in this course in regard to influenza will be chickens, pigs and horses, in addition to human Influenza, which we will discuss briefly. We will highlight the important role that waterfowl viruses have in the epidemiology and transmission of viruses.

Influenza viruses are very prevalent. For this step, you have to look for some information and share it with the other learners.

Compare the results and share your conclusions with the other learners in the Comments.