How many unaccompanied children are on the move?

To develop the most appropriate policies and services, it is essential we understand where children are travelling to and from, and why 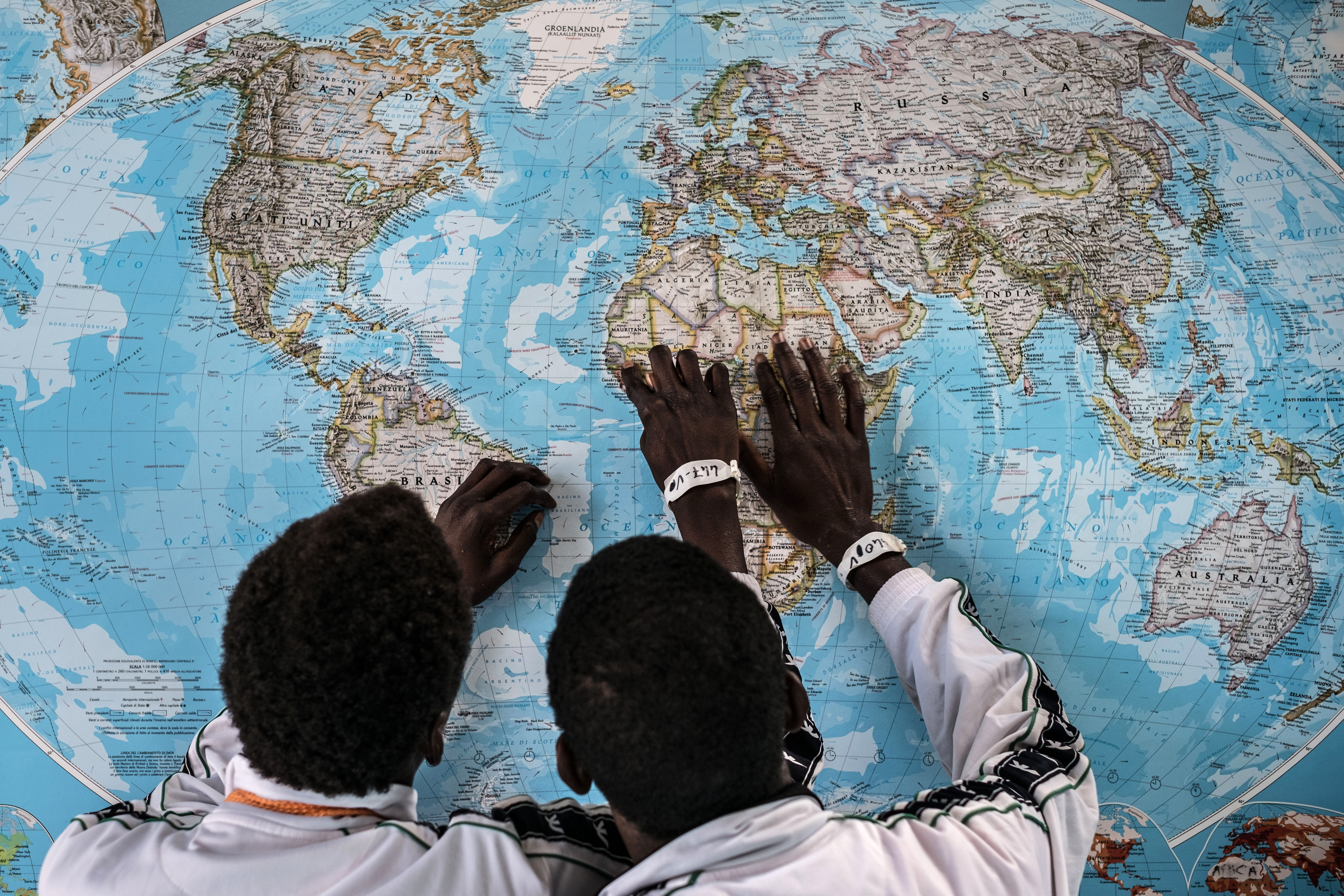 In order to develop the most appropriate policies and services for unaccompanied and separated children on the move, it is essential we understand as much as possible about where children are travelling to and from, how many are travelling, and why.

Unfortunately, we do not have accurate statistics for unaccompanied and separated children on the move.

If we consider the total number of people migrating across the world, it was estimated that in 2017, 258 million adults and children were on the move. This can be seen in this chart showing regions of destination:

Below: Number of international migrants by region of destination, years 2000 and 2017 (millions) 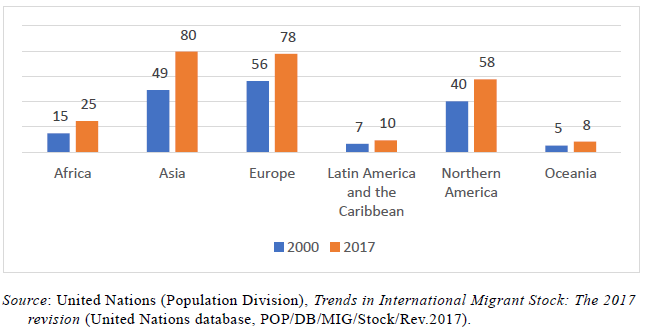 In 2016, UNHCR published the following chart that illustrates the major countries hosting larger numbers of refugees: 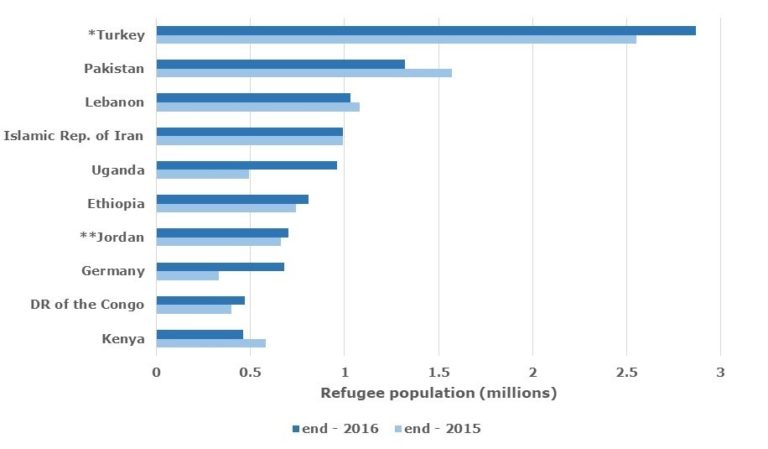 You can also find more information on the Migration Data Portal

In 2016, UNICEF estimated in their report Uprooted. The Growing Crisis for Refugee and Migrant Children that almost 50 million children were ‘on the move’.

We are lacking full information about all unaccompanied and separated children and:

This means we can only give snapshots. For example, figures provided in the 2016 UNICEF report show that approximately 100,000 unaccompanied or separated children made claims for asylum in 78 countries in 2015.

But it is recognised this is an underestimate. Data published by the International Organization for Migration (IOM) (2018) reports 300,000 unaccompanied and separated children who moved across borders were registered in 80 countries between 2015 and 2016.

Why is data inaccurate?

There are various reasons for inaccurate and incomplete data. One reason is that some categories of children on the move are counted more systematically than others. For example, when some refugees cross official borders their crossing is recorded.

However, some travel largely unnoticed, particularly if they are trying hard not to be officially identified. Some move large distances within their own country, maybe to find work, without this ever receiving any attention.

It is important that we work to improve the data on unaccompanied and separated children on the move so policies and strategic plans are more effective. This in turn will help us with adequate resourcing, including the provision of good quality support services.