Skip main navigation
Home / Healthcare & Medicine / Global Health and Disability / “Nothing about us without us”: Disability, the SDGs and the UNCRPD

“Nothing about us without us”: Disability, the SDGs and the UNCRPD

An article by Dr. Elizabeth Lockwood, CBM representative to the United Nations, on disability and international development 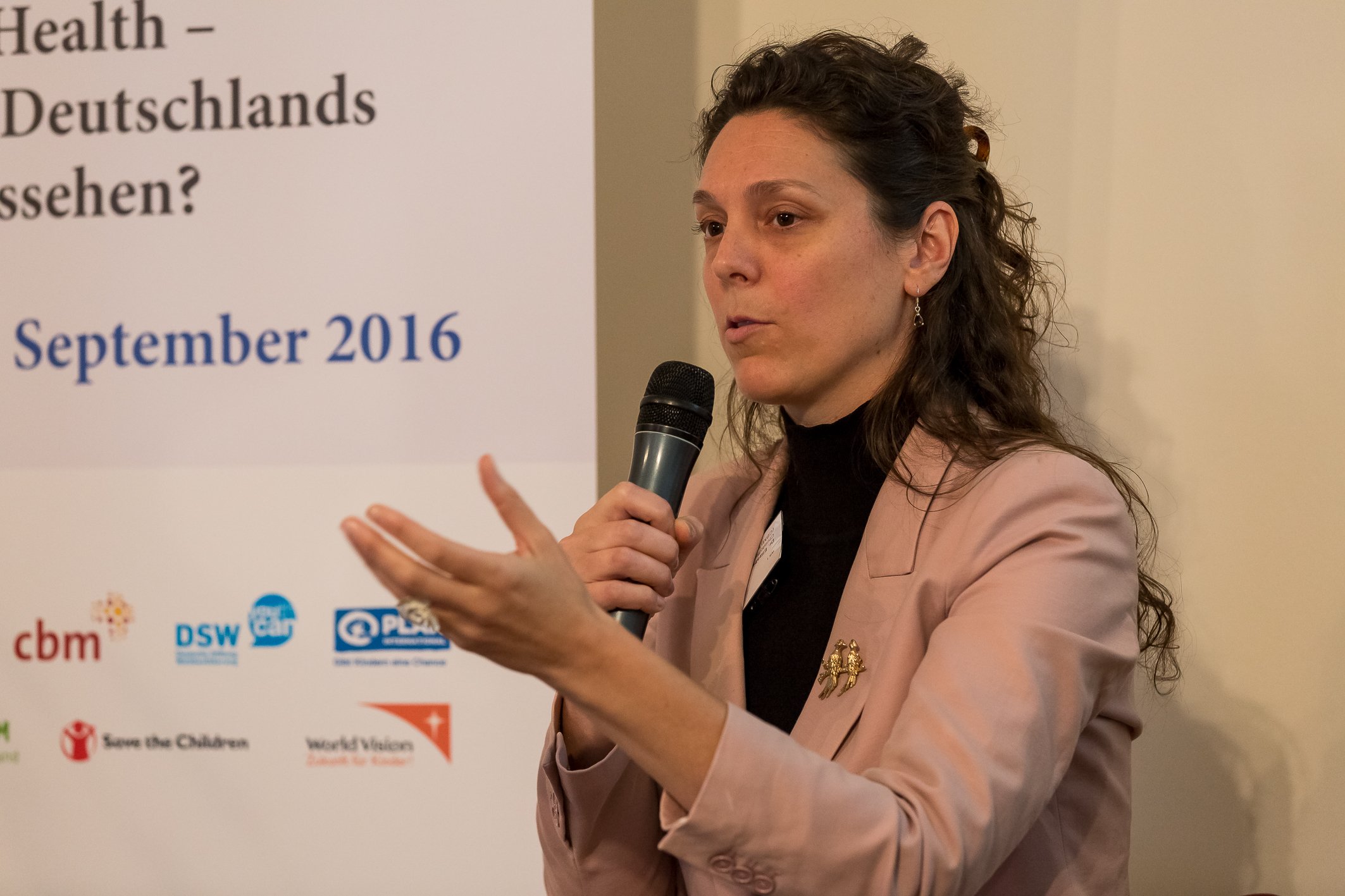 In this article, Dr. Elizabeth Lockwood, CBM’s Representative to the United Nations, explains the history of the “Nothing about us without us” movement, and how this supported the inclusion of persons with disabilities in the International Development agenda

Nothing about us without us

The United Nations Convention on the Rights of Persons with Disabilities

The CRPD was adopted by the United Nations (UN) General Assembly on 13 December, 2006 and currently has 175 ratifications. The overall aim of the Convention is to “promote, protect and ensure the full and equal enjoyment of all human rights and fundamental freedoms by all persons with disabilities, and to promote respect for their inherent dignity.” Importantly, this legally binding Convention is both a development and a human rights instrument, as well as a cross-disability and cross-sectoral policy instrument.

The Convention marks a paradigm shift in attitudes and approaches to persons with disabilities. Persons with disabilities are not viewed as “objects” of charity, medical treatment and social protection, but rather as “subjects” with rights, who are capable of claiming those rights and making decisions about their lives based on their free and informed consent, as well as being active members of society.

On 25 September, 2015, the 2030 Agenda for Sustainable Development was unanimously adopted by 193 Member States at the United Nations. The 2030 Agenda is an ambitious agenda of which the Sustainable Development Goals (SDGs) are a key component. The 2030 Agenda brings a fundamental shift for all people and the planet and seeks to promote, protect and fulfill human rights for all. Although the Goals are not legally binding, they follow three years of in-depth and intense negotiations, in which organizations of persons with disabilities and disability organizations were active in advocating for disability rights.

The SDGs build on the MDGs, particularly SDG Goals 1 to 5, which are considered the “unfinished business” of the MDGs. Whilst the MDGs have had a tremendous effect on the collaboration and prioritization of international development over the fifteen years, persons with disabilities were excluded from many programs and funding streams, leading many to believe that they were left behind. In contrast, the 2030 Agenda specifically aims to “leave no one behind”, providing an avenue for development to be inclusive of persons with disabilities.

Disability and the SDGs

Regardless of the references, many of the Goals and targets are inclusive in nature and use language that includes all persons making them implicitly applicable for persons with disabilities, such as those referencing “for all” or “all women and men.” Even without any such references, all Goals and targets are applicable to persons with disabilities on account of the Agenda’s overarching theme of “leave no one behind.”

Currently, the global disability movement is engaging in advocacy to implement the CRPD and SDGs at the national level. The CRPD and SDGs complement one another, especially since the CRPD is legally binding and the SDGs are not, yet have political will and have garnered significant international attention.

The principles of “nothing about us, without us” and “leave no one behind” are also complementary, and both support the full inclusion of persons with disabilities in the context of human rights and international development.