This step broadens and deepens our discussion about digital technologies and their potential to advance urban adaptation. 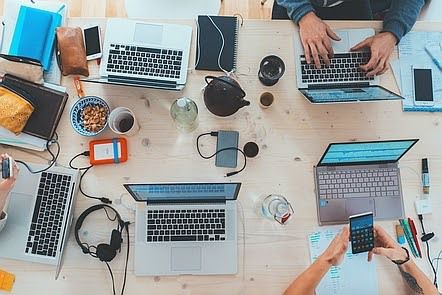 In this article, we would like to simultaneously broaden and deepen our discussion about the use of ICT for urban adaptation.

First, broadening our discussion means to introduce different types of ICTs and to illustrate how these digital technologies can advance urban adaptation. We will focus specifically on: (a) artificial intelligence and big data analytics, and (b) cyber-physical systems.

Second, deepening our discussion means to examine the use of these digital technologies for urban adaptation based on two important questions:

Exploring how ICT can contribute to urban adaptation first requires us to look at different key technologies and illustrate their use potential. We will focus on the two examples of (a) artificial intelligence and big data analytics, as well as (b) cyber-physical systems. These technologies are at the heart of the (climate) ‘smart’ city.

How can the technology be described?

Scholars point out that a consistent definition of the term ‘big data’ is still lacking, although “there is agreement that big data are characterized by the increasing volume, variety, and velocity of data streams” in modern societies (Ford et al. 2016: 10729).

The term ‘artificial intelligence’ (AI) broadly describes a form of computer science that is concerned with the simulation of human intelligence in machines, specifically to enable them to learn from experience and perform human-like tasks such as problem-solving. AI systems are intricately linked to big data analytics, as they offer an opportunity to deal precisely with the increasing volume, variety, and velocity of data streams. AI systems are able to recognize large-scale patterns and unusual occurrences in the data, determine the probability of future outcomes based on known conditions, and analyze data more quickly and efficiently than any human possibly could.

How can the technology be used for urban adaptation?

Artificial intelligence and its use in the field of big data analytics could significantly support urban adaptation and decision-making, including governance (Balogun et al. 2020). However, in order to advance such adaptation efforts, “municipal governments must be well-capacitated to coordinate risk-informed planning that identifies and prioritizes critical climate infrastructure and enables cities to reduce and prevent, prepare and respond, and restore and recover from disasters and shocks” (GCA 2019).

The automated analysis of large amounts of data could greatly help in planning and implementing disaster risk reduction and risk management measures, for example by informing early warning systems and disseminating relevant risk information in a timely and effective manner. Emerging technologies such as AI could also make adaptation planning and decision-making more efficient and more effective by improving large-scale analyses and modelling.

One practical example of a (climate) ‘smart city’ that has recently been examined is the Indian city of Bhubaneswar, which is also the capital of the State of Odisha and has been ranked as India’s number one smart city in 2016 (GIZ 2019). Bhubaneswar is located approximately fifty kilometres inland from the eastern coast of India, on the Bay of Bengal. It is near the Mahanadi river and has a total population of around 850,000 as per the latest census, although it is part of a larger metropolitan region of about 1.4 million people. Climate related risks such as heat waves, cyclones and water shortages have immense implications to the regional economy as the city is the primary economic hub of the state. Planning for resilience is thus critical for Bhubaneswar.

Consequently, climate risks have been part of research and project efforts in the city for the past decade, and include a smart cities initiative. The special purpose initiative created to advance the smart city mission, Bhubaneswar Smart City Ltd., aims to enhance city level open data systems, support the local startup environment, and create a mobile application to improve disaster responses and early warning. As of 2021, the city has already begun to implement these aims (for a more detailed description of this case, see GIZ 2019). 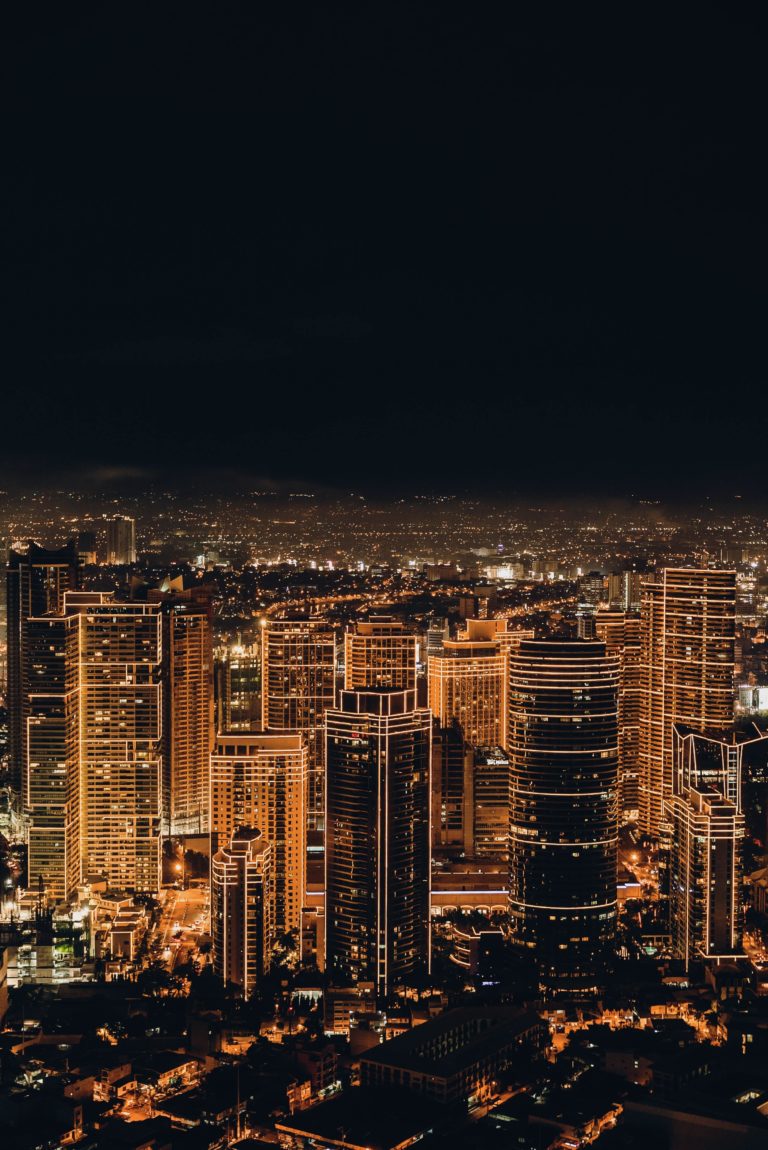 City at night by JC Gellidon on Unsplash.

How can the technology be described?

The term cyber-physical systems (CPS) describes the seamless integration of computers, sensors and ‘actuators’ (components of a machine that take an electrical input and turn it into physical action, for example by opening a door) into an application platform so that application software can easily interact with the physical environment (Lin & Panahi 2010: 15). CPS provide previously passive devices and physical components with ‘smart’ computation and communication capabilities and can be applied on both, a small scale (wearable devices such as a smart watch), or on a large scale (smart power grids).

How can the technology be used for urban adaptation?

CPS enable near real-time monitoring of the urban environment and can support adaptation actions through the use of omnipresent sensors and devices for data collection. The active involvement of citizens in scientific research by using information from digital devices such as smartphones or computer systems, often referred to as ‘citizen science,’ presents another opportunity to employ CPS for adaptation decision-making.

Broadly speaking, CPS also open up new pathways for re-organizing human societies and their relationships to the physical environment, for instance by adapting human behavioral choices based on the data collected. This means that CPS can be used for urban adaptation in multiple ways, as they

The potential of CPS can even be used to adapt industrial value chains by improving energy efficiency, or by monitoring and reducing the environmental impacts of industrial production and consumption processes. 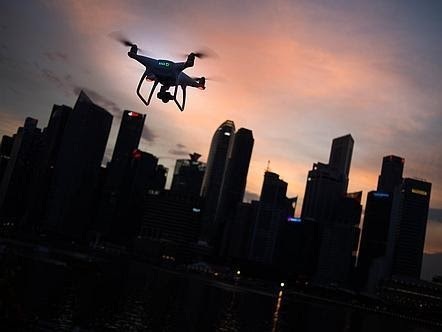 Salim, F., & Haque, U. (2015). Urban computing in the wild: A survey on large scale participation and citizen engagement with ubiquitous computing, cyber physical systems, and Internet of Things. International Journal of Human-Computer Studies, 81, 31-48.