Choosing an antibiotic for Vincent

In this video Dr Lilian Abbo discusses the antibiotic treatment options for Vincent.

Please note, the final slide of the video should read ceftazanine/avibactam, rather than cefepime/avibactam.

Please watch the video and then consider the duration of therapy for Vincent:

There are no standardised studies on the duration of treatment for VAP for carbapenem resistant pseudomonas, but clinically we extrapolate from studies with more susceptible bacteria.

An article by Chastre: 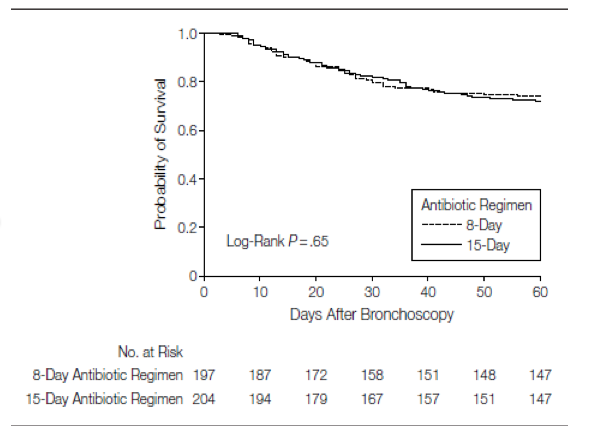 You may also like to read Brad Spellberg’s paper “The New Antibiotic Mantra: – “Shorter the better”, 2016 which discusses the evidence for the duration of antibiotic therapy.