Skip main navigation
Home / History / Ancient History / Hadrian's Wall: Life on the Roman Frontier / How the new Wall gods came to be: the case of the Veteres

How the new Wall gods came to be: the case of the Veteres

A case study of an emergent god (collection of gods) associated with Hadrian's Wall: 'The Veteres'. 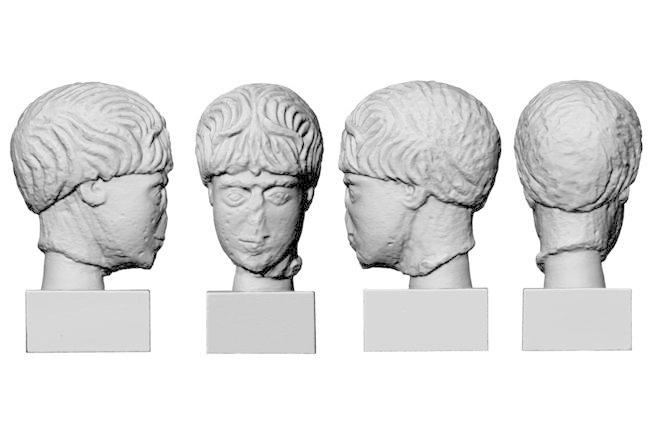 One of the central difficulties for scholars studying syncretism between intrusive Roman and indigenous British practices (the dynamic that produced so-called Romano-Celtic religion) is that it is only with the arrival of the Romans that the local deities become visible to us at all. As we’ve seen, the Romans brought literacy, and wrote down the names of these gods for the first time. They also brought the notion of anthropomorphism: the idea that the gods looked very much like human beings. The Iron Age Britons conversely were not literate, and do not seem to have thought of their gods as taking human form. There is not a single statue or figure from Iron Age Britain that we can confidently attribute as an image of a god, and we have no pre-Roman evidence concerning deity names. After the Roman conquest, Celtic names for deities appear frequently on inscriptions, and we also find statues depicting some gods (including Antenociticus who we met in the video on Iconography in Step 4.2). But this leaves another problem: since we have no Iron Age evidence about any deity, how can we be sure that he or she existed before the conquest? The simple answer is that we cannot. We assume – because he has a Celtic name (not a Latin one) and because aspects of his imagery (the torc around his neck, the oval-shaped eyes and the horns on his head) are regarded by some as Celtic features – that Antenociticus is an Iron Age deity, brought to light after the conquest because the Romans wrote down his name and made images of him. But we cannot be certain that this god – or any other Romano-Celtic in Britain – pre-dates the Roman period.

When and how do gods come in to existence?

This is a fascinating question, and common sense might suggest that disruptive, yet creative, processes like the Roman conquest and the mass movement of incomers into Britain might actually bring new gods into being. Surprisingly little attention has been given to this possibility: the tendency among Romano-Celtic scholars is to assume that the local gods we see for the first time in the Roman period had always been there, just hidden from view. There are some intriguing deities on Hadrian’s Wall. Some might have been ‘born’ or ‘re-born’ when incomers from foreign lands, trying to make sense of their new situation, created brand new ‘gods of place’. The enigmatic Veteres are possible candidates here. 61 altars to a god called Veteris (or to gods called the Veteres) have been found in Britain, with the great majority coming from the wall zone, including 13 from Carvoran and 11 from Vindolanda. None of these altars depict the god, so we have no idea what he (or they) looked like. But several factors – including the vacillation between singular and plural – suggest that the Veteres were new gods, taking form gradually in the Roman period. A second clue is the number of spellings of the name Veteres. Among the many versions are vitiribus, hveteribus, hvitiribus (all pl.) and vetiri, vetri, viteri, vitire, vitiri, votri, hvveter, hveteri, hvitiri, vheteri (sing.). It seems, then, that the dedicants – almost all of whom were from the Germanic provinces – were still deciding upon a name, and on how to spell it.
© Newcastle University