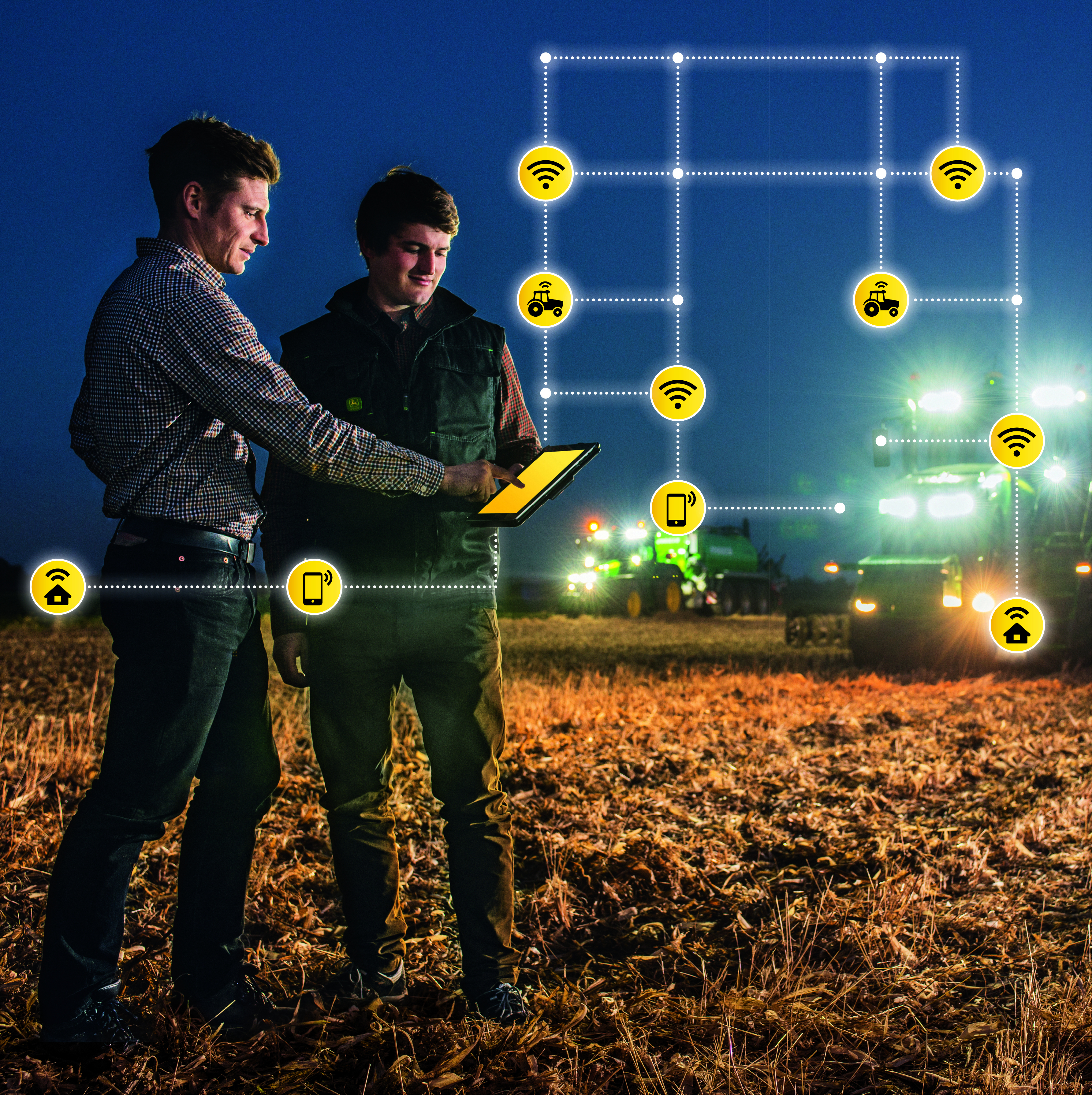 A range of data needs to be collected and analysed to generate map-based outputs for precision farming. Sensor-based technologies are a vital part of this process of collection and analysis [1].

Sensors may collect data on:

Sensors may be ground-based, attached to tractors or harvesters, or remote (such as drones or satellites). Sensors can also be low-tech, for example taking readings using hand-held optical sensors to collect data on crop growth and development [2] or high-tech such as analysing satellite images. Sensor measurements can be taken in real-time (eg Yara’s ALS2 and John Deere’s HarvestLab 3000 sensors measure crop biomass levels and calculate a specific index as well as defining a dose rate for fertilisation in real-time) or as passive measurements (eg satellite or UAV images can be considered as passive/post-processing). Linked sensor networks (using the ‘Internet of things’) collect data on a wide range of variables from smart devices across a whole farm and send the data to a central data processing hub [3].

Remote sensors can be used to gather data in a non-invasive way from a distance, giving an overview of whole fields or farms over specific periods of time [1]. Data could be photographs – collecting images to give an indication of crop cover and health, or multispectral data (as described in Step 2.5) which can provide more sophisticated data on crop health.

Satellite data is often used in precision farming and can be a cost-effective way of continuously monitoring fields and crops. As there is no need to organise or schedule data collection (it happens automatically) an entire farm (small to medium-sized) can be captured in a single go and the high-resolution data works well with arable crops (eg cereals, corn). However, cloud cover can make satellite observations difficult [4], and currently, the resolution is insufficient for crops where individual plants need to be monitored, such as in orchards.

Satellite data is often combined with data from ground-based sensors, tractor-mounted sensors, and drones [5]. Drones may also be used to capture the multispectral images used to calculate a range of vegetation indices [3, 6].

Two examples of the remote sensing systems that are capturing data suitable for arable farming are the European Space Agency Sentinel missions and Planet’s satellites: 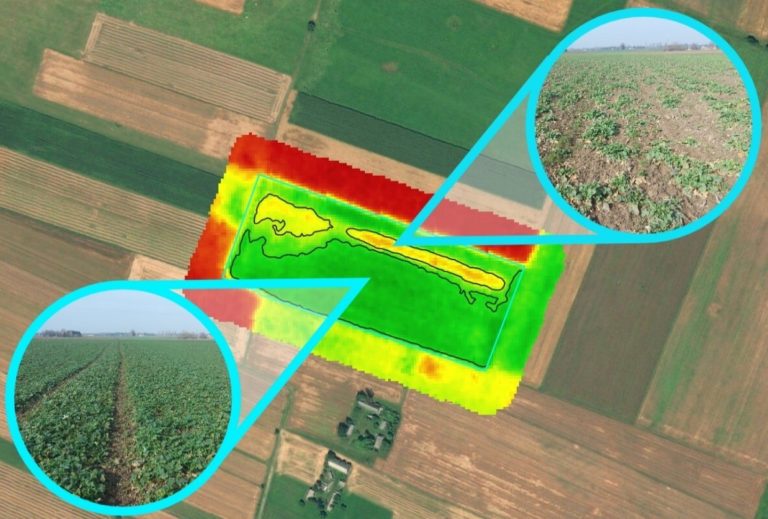 Example of satellite vegetation index (see Step 2.5) along with photos from the field. © SatAgro

This example highlights how combining data from remote sensors with knowledge of the field can help to determine treatment. The green highlighted areas have healthy, well-developed plants, whereas the red highlight areas have poorly developed plants or exposed soil. The yellow/red stripe is where the seeder malfunctioned and oilseed rape was sown too deeply. The lower plant density is visible in the satellite image, and fertiliser doses can be adjusted accordingly.

Further information on the use of satellite data in agriculture is available in the downloadable PDF in the ‘Downloads’ section at the end of this step.

For additional information on remote sensing, take a look at the links in the ‘See Also’ section.

Ground-based sensors may be static or mobile, such as static sensors in the ground collecting data on soil properties and mobile sensors attached to equipment such as harvesters and sprayers.

The ISOBUS (ISO 11783) protocol provides an open, interconnected system for onboard electronic systems and is now the most widely used standard for agricultural machinery communication. This provides a system for exchanging sensor collected data in a standardised manner and connecting the sensors to a control system irrespective of the manufacturer of the equipment. One of the Educators on this course, Dimitrios Paraforos and his colleagues [7] reviewed the ISOBUS sensors and control systems available and considered their use within precision agriculture. They identified two main areas where sensor data are valuable for site-specific management:

i. decision-making, where the sensors are usually mounted on the tractor and aim at varying the applied dose rates (seeds, fertilizer, etc.), and

ii. process monitoring, where they are mounted on the tractor and monitor (and in some cases control) the proper application of the recommended dose rates.

The authors then categorised three operations; tillage and sowing, fertilisation and plant protection, and yield monitoring and reviewed the currently available ISOBUS sensors that support these activities. The results are shown in the three tables in the attached PDF.

Other Types of Sensors

What sensors do you use to collect data on your farm (can be high and/or low tech)?