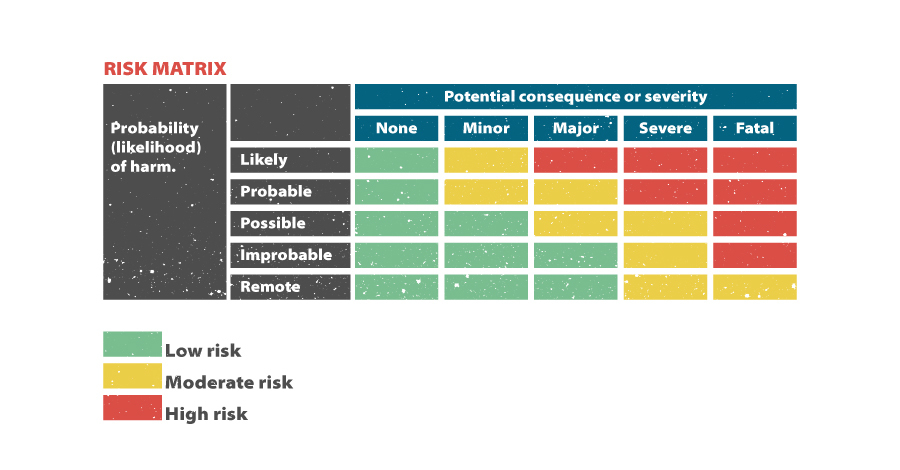 Relevant questions to ask are:
1: What is the likelihood/probability of the exposure to the hazard.

2: What is the consequence of exposure to the hazard.

3: Using the two variable risk matrix, determine the risk rating from the likelihood and consequence descriptors.

Analogously, in the case of miners in the risk assessment example described in the previous step, the potential health consequence associated with exposure to crystalline silica over some years is severe since it may cause irreversible and disabling lung disease (silicosis). When drilling, the probability is likely that exposure levels exceed the occupational exposure limits (OEL). According to the risk matrix (figure above), the health risk will be high (red zone; likely probability of harmful exposure and severe consequence) when no precautions have been taken. But when reducing exposure by use of dust suppressive techniques, the probability of high exposure compared to OEL is reduced from likely to possible, and the resulting health risk is reduced from high to moderate (yellow zone). This is an example of a risk reducing measure.