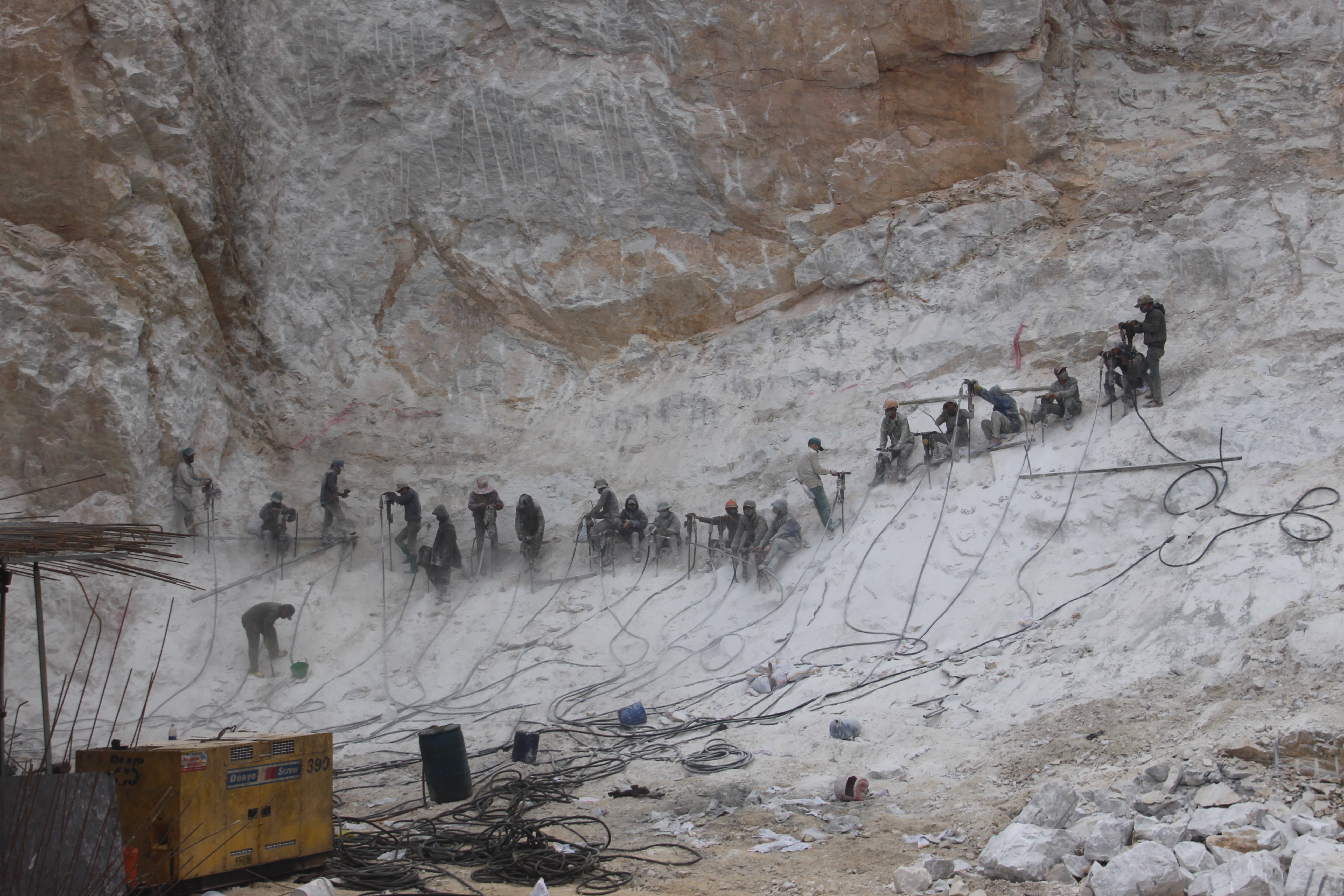 Cancer is an insidious group of diseases that pose a major threat to human health. These diseases can have many different causes, including different exposures at work. Many incidents of work-related cancers are hugely tragic, because most of them are entirely preventable.

Before we start talking about work-related cancer, we will give you some information on cancer epidemiology in general.

Cancer poses a major threat to human health. Incidence rates have increased in most countries since 1990. In 2013, there were 14.9 million new cancer cases, 8.2 million cancer deaths and more than 30 million people living with cancer worldwide. Since 1990, cancer has moved from being the third leading cause of death to the second leading, behind cardiovascular diseases.

In 2013, 56 % of new cancer cases, and 62 % of deaths due to cancer, occurred in the less developed regions of the world, – and these figures are expected to increase in the coming years. This trend is a matter of particular concern in developing countries where health care systems often are lacking resources to deal with complex and expensive cancer treatments. 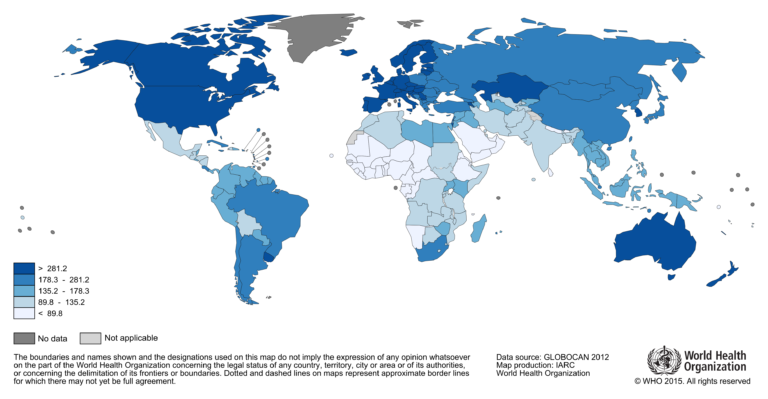 Worldwide estimated cancer incidence (age specific rates) among men in 2012. The methods of estimation are country specific and the quality of the estimation depends upon the quality and on the amount of the information available for each country. In theory, there are as many methods as countries, and because of the variety and the complexity of these methods, an overall quality score for the incidence is almost impossible to establish.
From Ferlay J, Soerjomataram I, Ervik M, Dikshit R, Eser S, Mathers C, Rebelo M, Parkin DM, Forman D, Bray, F. GLOBOCAN 2012 v1.0, Cancer Incidence and Mortality Worldwide: IARC CancerBase No. 11. Lyon, France: International Agency for Research on Cancer; 2013.

Cancer is a multifactor disease. Many causes of different types of cancer are known. A work-related cancer is a cancer induced by a particular exposure in the workplace. Work-related cancers are increasing in numbers. The reason for this increase is the fact that increasing numbers of industries all over the world are using carcinogenic agents. This is aggravated by the lack of preventive measures in many work places. The lack of knowledge, associated with the fact that cancer develop slowly over years of exposure, has resulted in little worker protection initiatives.

Usually there is a long latency between the time when a person was exposed to a carcinogenic agent to the onset of the actual cancer disease – often 10-20 years or more. Therefore, cases of the cancer that are emerging today could be a consequence of the patients working conditions many years ago.

Estimates of percentages of cancers attributable to occupations differ widely from study to study, ranging from less than 1 % to about 40 %. This reflects the different types of cancer and different prevalences of hazardous working conditions. According to the World Health Organization, 19 % of all cancers are attributable to the environment, including the work setting, resulting in more than 1.5 million deaths each year. Fewer women than men are diagnosed with work-related cancer, suggesting that there is less exposure to carcinogenic agents in occupations traditionally regarded as women’s work.

The huge tragedy when it comes to work-related cancer is that most of these cancers are entirely preventable.