In this article, we provide examples of work situations that could involve musculoskeletal strain.
© University of Bergen/Author: B.E. Moen

Due to the lack of global epidemiological data on musculoskeletal diseases in low income countries, we have chosen to present some examples of work situations that could involve musculoskeletal strain. 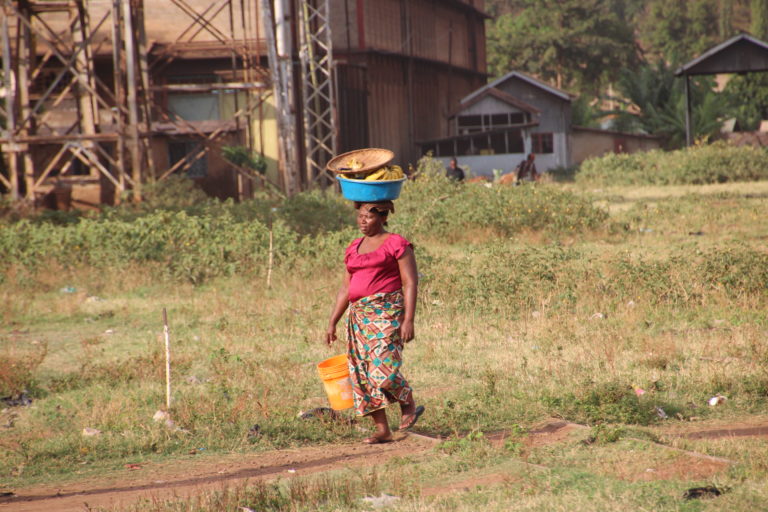 a) Weight on the head

Carrying weight on the head is common in many parts of the developing world. It is an ancient tradition. Many women and men may be seen carrying burdens on top of their heads. It is observed in places where no inexpensive, or more efficient, ways of transporting workloads exist. Examples include women in India carrying baskets of bricks to workmen on construction sites. In East Africa, women can carry loads of up to 70% of their own body weight balanced on top of their heads. In some places, young women can carry 50 kg coffee sacs on their shoulders. What are the health risks related to this work? How much weight can a person carry without developing health problems? 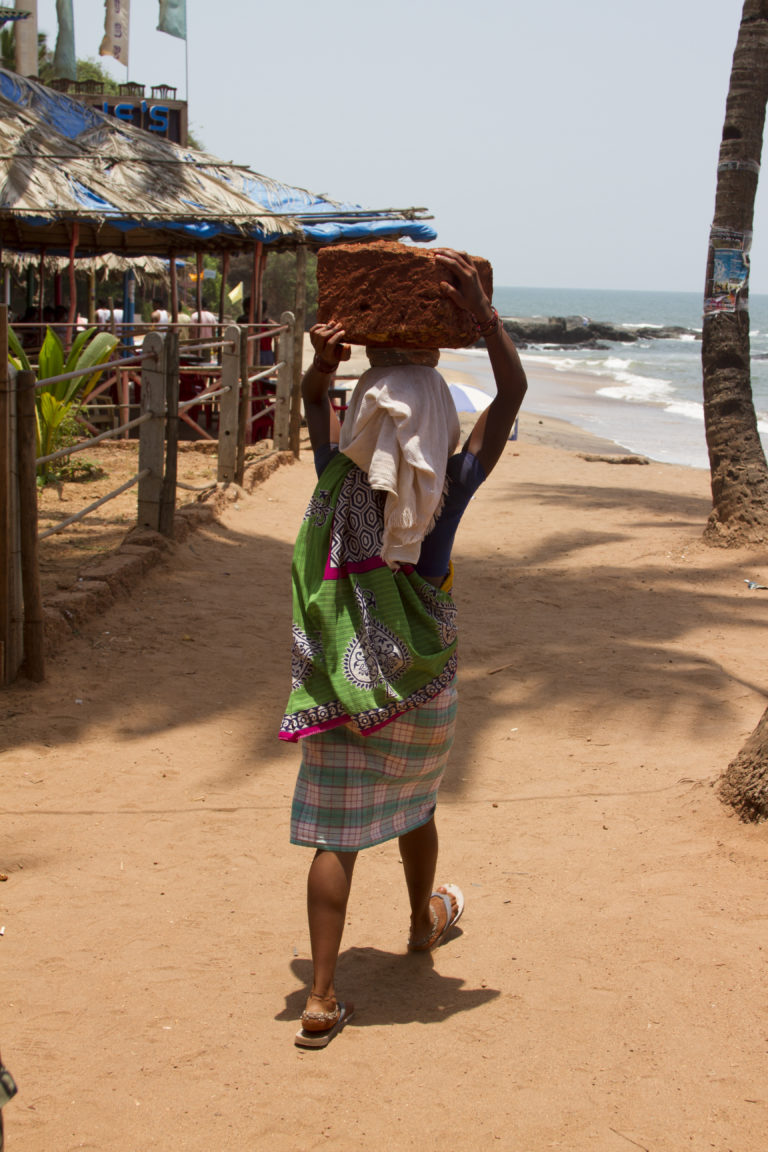 Exact answers are difficult to give, as research on this topic is scanty. It might be expected that carrying weight on the head could cause problems for the neck and back, such as micro fractures in the spine or nuclear prolapses. Such problems are serious and we need to avoid them.

Data-based guidelines might be a good starting point for establishing preventive measures. Based on studies from East Africa, it is suggested that up to 20% of the person’s body weight can be carried on the head with no extra exertion of energy. This means that for instance a person of 60 kg can carry 12 kg, or a man of 80 kg can carry 16 kg. However, researchers speculate that it is important to be trained from a young age in this kind of activity to be able to carry loads on the head without developing musculoskeletal problems. The method of carrying goods this way takes training time. This means that we should not only aim at reducing the actual amount of carried load to a maximum of 20% of the person’s weight. We should also take the time to gradually train the people who will perform this type of work.

We can carry 20%
of our own weight 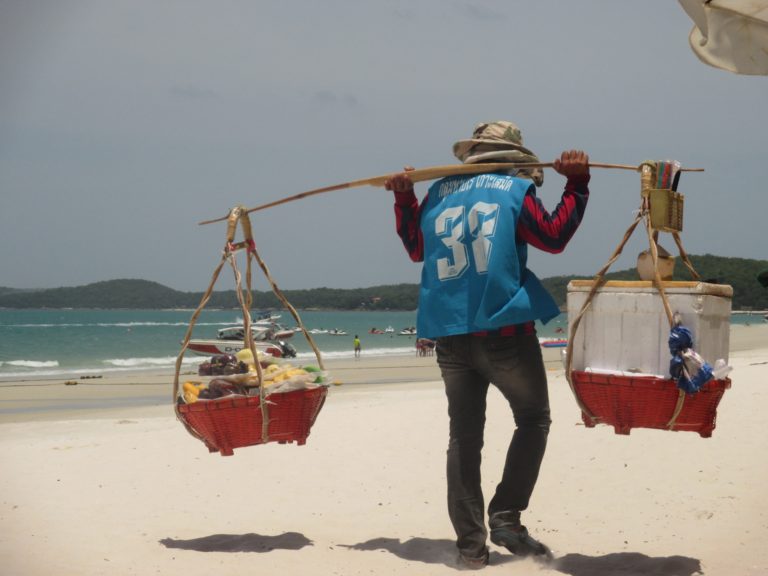 This man carries two heavy loads during his work. © G.Tjalvin
The most common problems that develop after heavy lifting is generally back pain, and in particular low back pain. These type of problems can develop both acutely and suddenly as well as gradually. When such a problem occurs, it often results in the person having to stop working. This can spell economic disaster for the worker and his/her family.
In addition to back problems, the workers who undertake heavy lifting at work may develop pains in knees and hips, and osteoarthrosis can develop. These kinds of problems tend to develop over time. The resulting health problems can be invalidating, and can make the worker’s life situation very difficult. Of course there are possible treatment methods, but these may be unavailable. Pain killers and medication to reduce inflammation can be expensive. Surgery is not always possible. The best thing is to prevent these diseases from developing in the first place. 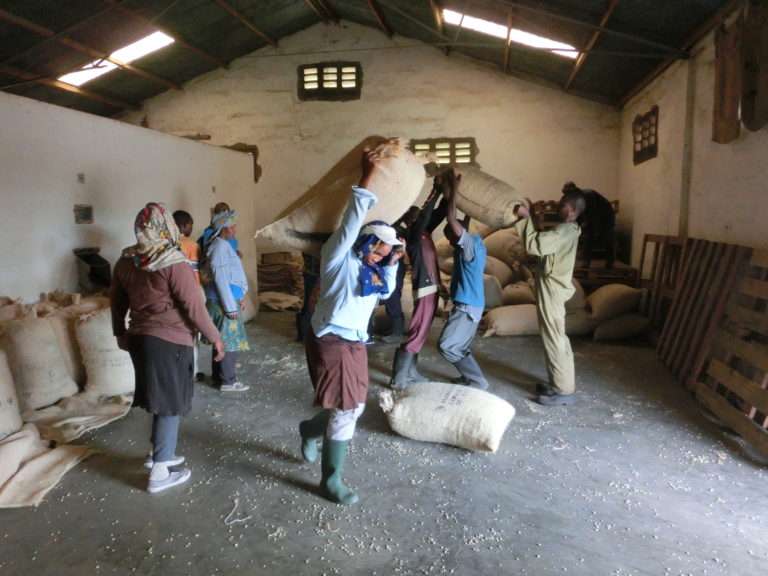 Young woman carrying a 50 kg coffee sack on her shoulder, Tanzania. © B.E.Moen
There are different regulations and guidelines relating to lifting and carrying loads at work. Most specialists agree that heavy lifting can be defined as weights above 25 kg. If a load of this weight is carried, it is recommended that the transport distance should not exceed 20 m. on a level surface. When the weight-bearing happens on hills or staircases it should be limited to a height increase of 1 m.

There are several ways to avoid having to carry heavy loads:
Using technical lifting equipment is an ideal solution, but it can be expensive and is not always available. Simple trolleys, however, like we showed you in the video at the beginning of this session are not very expensive, and are a viable option for many work places.

Another good method for reducing heavy loads is simply to avoid the problem altogether, by, for instance using a series of smaller loads. If producers of different goods use smaller loads instead of large ones, many back pain problems would disappear.

Also, workers should help each other during the lifting process of heavy loads, this is often a very good solution.

Workers at assembly line in a flower farm. © Gunhild Koldal/UiB

Factories often have assembly lines. They can increase effectivity in the production, for example, where large numbers of similar units, such as coffee bags, grain, rice, batteries, bundles of flowers or any other minor unit is made and collected in packages for sale. Much of the work related to such processes can be performed by machines, but very often there is a need for a person to perform a particular task or to undertake quality controls. Sometimes more complex montages of components can be performed using assembly lines, for instance during production of cellular phones. On such assembly lines, the workers put specific components on each phone. Afterwards, they send the phone along to the next worker who puts on another component and so on, until the phone is complete.

A very entertaining video clip illustrates some possible problems for workers on such assembly lines. Look at this video about working in an assembly line in a chocolate factory: I love Lucy Candy Factory Video.

What do we see here? We see that standing at an assembly line can give us major problems if someone else decides the speed of the line! A situation where you are not able to influence or control the speed of your work can have very negative consequences on your health. This video clip also shows us an example of an incompetent leader. It does not help to threaten the workers as the leader does here when she says: “If you let one piece of candy pass by unpacked, you will be fired!” When workers are threatened, they do not perform optimally. The ladies here do not tell us anything about their health. However, in general we know that in such types of work, health complaints such as myalgia and tendinitis can easily develop in the arms, back and neck.

To avoid health problems while optimizing productivity, we need to: