What is Organic Solvent Intoxication?

This example is about a 29 year old man, referred to the hospital because he had become very forgetful. He was working in a paint factory, in the production line. The company was located in an old house with no specific ventilation. He did not use any respiratory protective mask during his work. 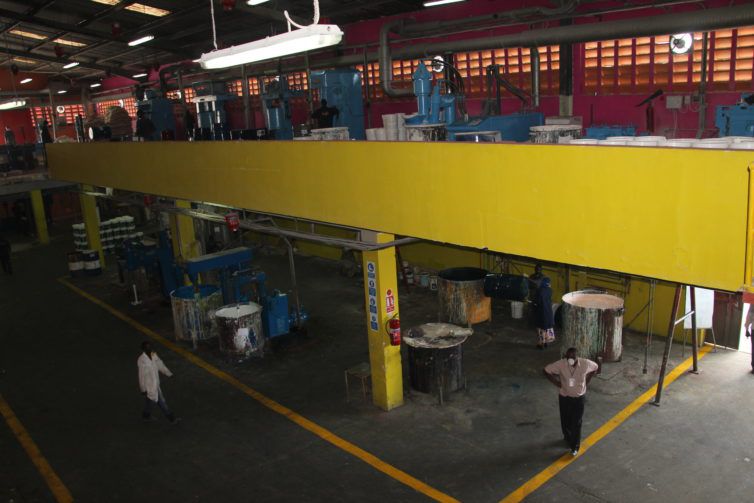 This example is about a 29 year old man, referred to the hospital because he had become very forgetful. He was working in a paint factory, in the production line. The company was located in an old house with no specific ventilation. He did not use any respiratory protective mask during his work. This man had worked in this company since he was 18 years old, meaning 11 years. The past five years he had become more and more forgetful, receiving complaints from his colleagues as well as from his wife. He often forgot very important issues, like what kind of colors he was working on and how much paint he should make, and this had become a problem at his work place. 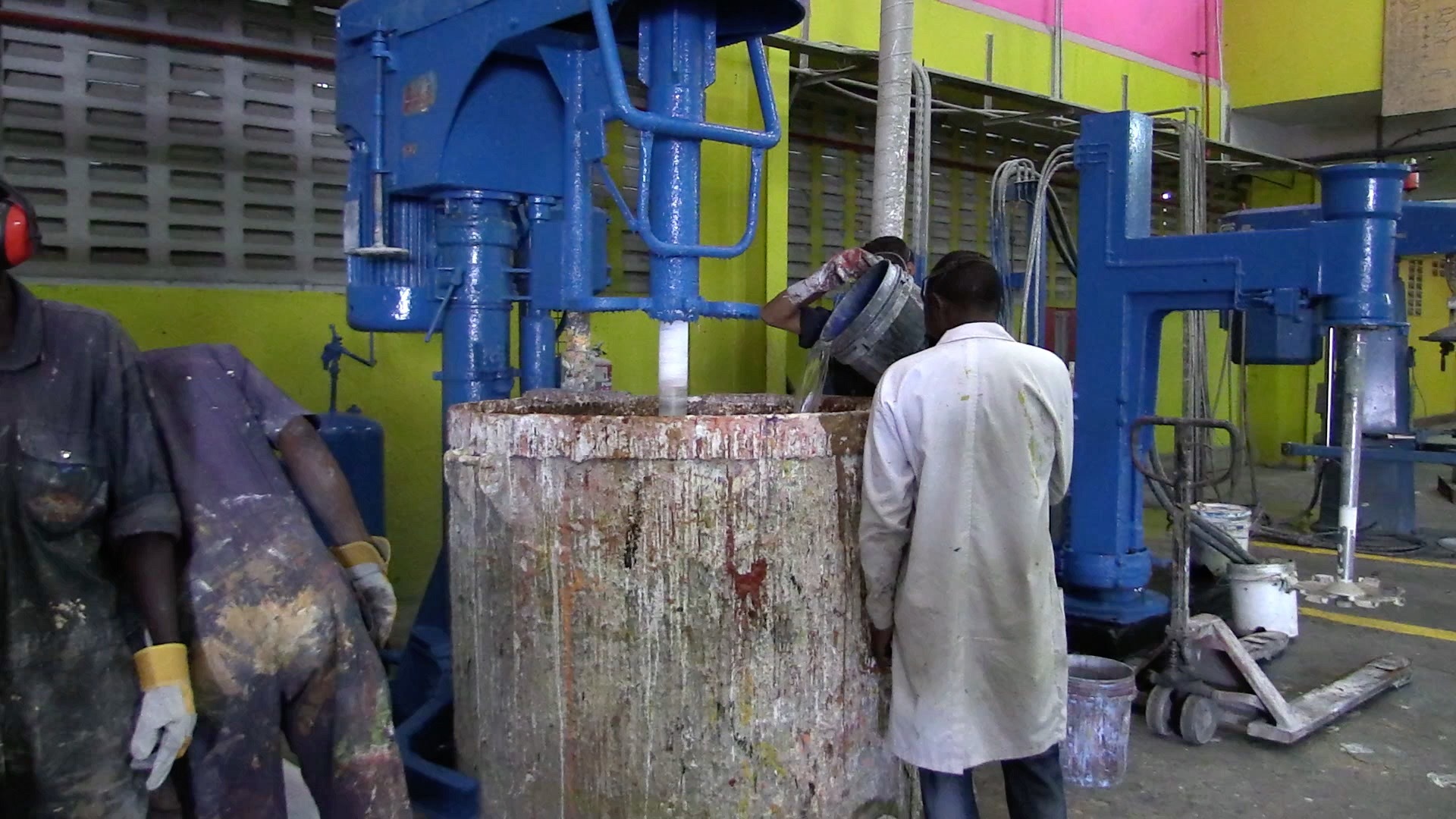 He had also developed an extreme tiredness. He slept all afternoon and most of the weekends. Furthermore, he had problems in concentrating. For instance, he could not watch television anymore or read a newspaper. In addition to these problems, he had developed difficulties in walking. During examination, he had paralyses in some of the muscles of the leg. This man was examined carefully in hospital, with blood tests, x-rays and brain function test. He was found to have a minor brain damage and a polyneuropathy (reduced function of several nerves in the leg). The most likely reason for this was the organic solvent exposure. There was no other explanation for his problem.

It was decided that he had to stop working in this factory so his organic solvent exposure could stop completely. After a year with no such work, he felt much better, but he will never fully regain his previous health. This is a sad story, and the saddest thing is that this could have been prevented.

This young man developed a chronic organic solvent intoxication, which means he has a brain damage which cannot be cured. With proper ventilation, information and use of respiratory protective equipment, he could have avoided the development of this disease. 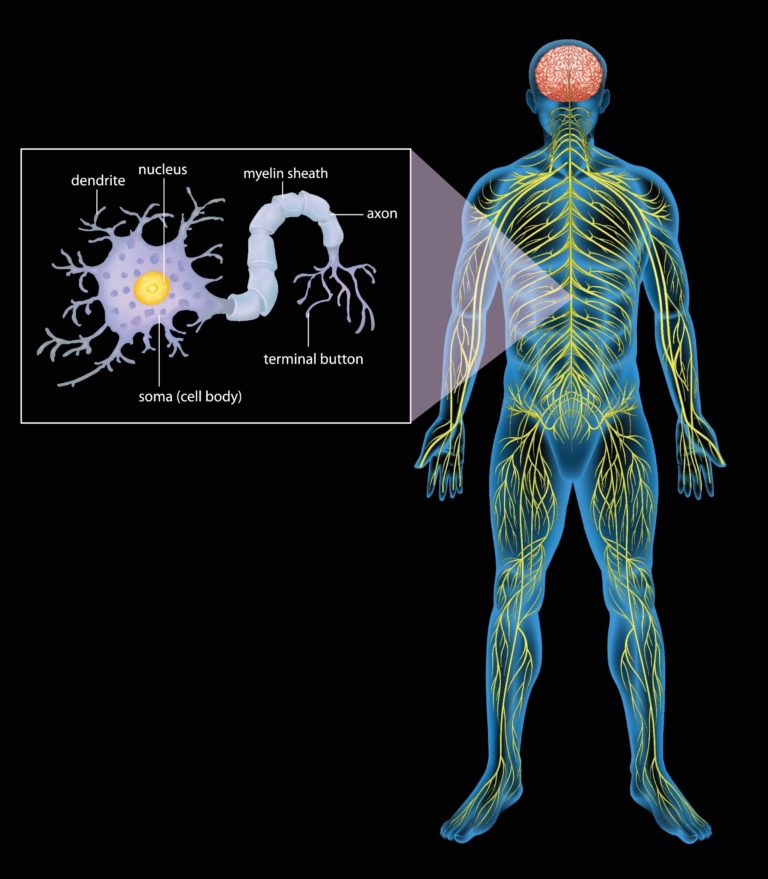 The nervous system consists of the brain, spinal cord and the peripheral nerves. Organic solvents may influence the nervous system, for instance by affection of the myelin sheath around the nerves, as well as by a direct effect on the nerve cells. © Colourbox

Chronic organic solvent effects of the nervous system develop gradually as a result of regular low level exposure to organic solvents over many years. Gradual development, starting with symptoms like fatigue and headaches, is very common. Thereafter, symptoms like reduced ability to concentrate and to remember things develop. Depression, sleep problems and various forms of anxiety often occur. It is unclear whether these symptoms are a part of the effect from the organic solvents, or if some of the symptoms come as a secondary effect as the patient feels like he/she comes up short in many situations. The workers have symptoms similar to light dementia. Serious dementia symptoms with loss of disease insights, an inability of abstract and constructive thinking, aphasia, apraxia or delusions are very unusual.

A clinical neurological examination may reveal weaknesses in tests of concentration and immediate memory, and sometimes unsteady gait and ataxia. Some patients develop polyneuropathy in arms and/or legs, with reduced sensitivity and motor skills.

It can be difficult to diagnose these patients, as the disease resembles many others. It is important to examine the patients thoroughly, to avoid a wrong diagnosis. The diagnosis should ideally be set by cooperation between a neurologist, a neuropsychologist and an occupational physician. Differential diagnoses are for instance: Alzheimer’s disease, vascular affection of the brain, alcohol related diseases, intracranial tumor, chronic fatigue syndrome, depression, panic anxiety, diabetes mellitus and anemia.