Types of pesticides and their side effects

This article discusses types of pesticides, and the acute and chronic health issues that can arise from using them.

We have at least 500 types of pesticides, and the number of different products for sale is consequently even higher. The main groups of pesticides are categorised into the following five groups:

The effects of pesticides on human health

There are many different types of pesticides within each of these five groups. They have different effects on human health, but the most common and typical adverse health effect of pesticides is their effect on the human nervous system.

View Course
This is in particular typical for insecticides, and here some of these are described in more detail. Many of these are called nerve gases, and they are actually used as chemical weapons in wars, in addition to their use in agriculture. #
This indicates the seriousness of the health effects of these substances.

One type of pesticide that affects the nervous system is DDT, or the full name 1,1,1,-trichlor-2,2,-bis (p-chlorophenyl) ethane. This compound has been used a lot, not only in agriculture but also in the struggle against malaria and typhoid fever. This substance is a very toxic neurotoxin; meaning it affects the nervous system seriously.
After high exposures, DDT can cause tremors, seizures and even death. This toxin may also cause long term, chronic effects after exposure to lower levels of the substance for a longer period, and may cause ataxic gait and tremor in the affected workers. 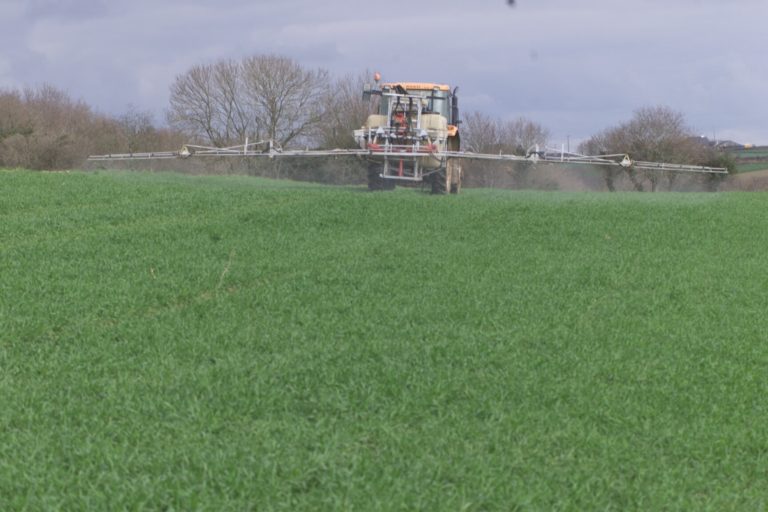 Spraying pesticides in a wheat field using a tractor. Animals in the area might become exposed to the substances by accident. © Colourbox
DDT has been banned in many countries, as it is stored in the fat tissue of the body of both humans and animals for a long time (years) before it is excreted. When DDT is sprayed on plants, animals and humans can eat DDT in the plants afterwards. Humans can eat animals with DDT as well, and this consumption increases DDT exposure.
Due to this, DDT can cause adverse effects for many years, as it accumulates in the environment. It can be difficult to avoid this exposure, both for humans and animals when the spraying is performed over large field areas. 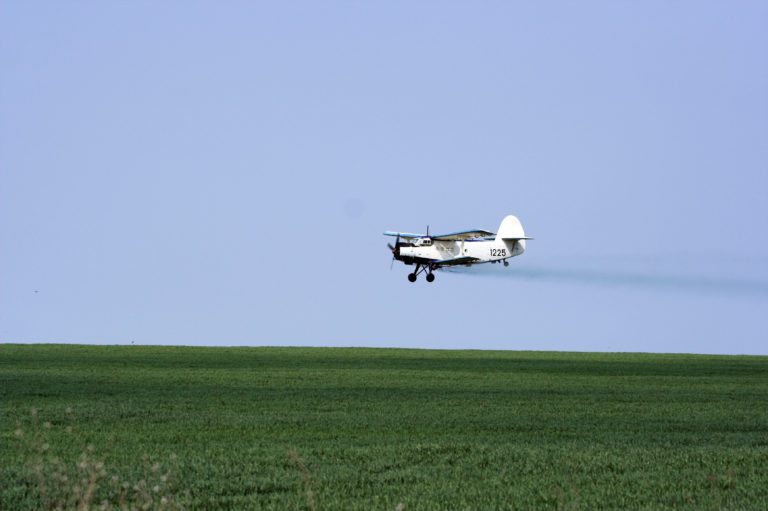 Pesticides can also be sprayed on the fields using a small aeroplane. The population in the area are at risk of pesticide exposure. © Colourbox

We often divide the description of health effects from a substance into two groups; the acute effects and the chronic effects. Pesticides most often can cause both of these types of health effects. They are very often what we call “highly toxic”.
That means that persons can die after short time exposures to high levels of the substances.
However, many pesticides can also give chronic effects. Long-term exposure (weeks, months or years) to pesticides may cause chronic diseases such as cancer, and damage to the reproductive system, the liver, the brain, and other parts of the body.
For instance, some pesticides, like lindane, mankozeb and pentachlorophenol are categorized as carcinogenic and may cause cancer. Several of the pesticides are categorized as harmful to reproduction, either by causing adverse side effects of the unborn baby or by causing spontaneous abortions.
However, we lack knowledge about such side effects for many of the pesticides we use today, and we are uncertain about the effects on the health.

For instance, with lindane, several health effects are well known, such as effects on skin and the nervous system. Lately, the substance has been classified as a known human carcinogen.

However, it has also been suggested that lindane may affect the level of thyroid hormone levels and that the substance may affect brain development. This side effect of lindane is not yet clear.

The long-term effects of pesticides

The number of different pesticides is huge. We have hundreds of pesticide products on the market. Most of the pesticides are toxic for pests, and also for other types of organisms. Still, we know little about the long term health effects of many of the pesticides in use today.

For many of the pesticides, it is not clear whether they are harmful for the reproduction of workers or if they are carcinogenic, or have other serious side effects.