Skip main navigation
Home / Healthcare & Medicine / Nursing / The Role of Personal Assistants in Disability Support / Conflict strategies: What are you like?

See how you fit into the scheme of conflict strategies. 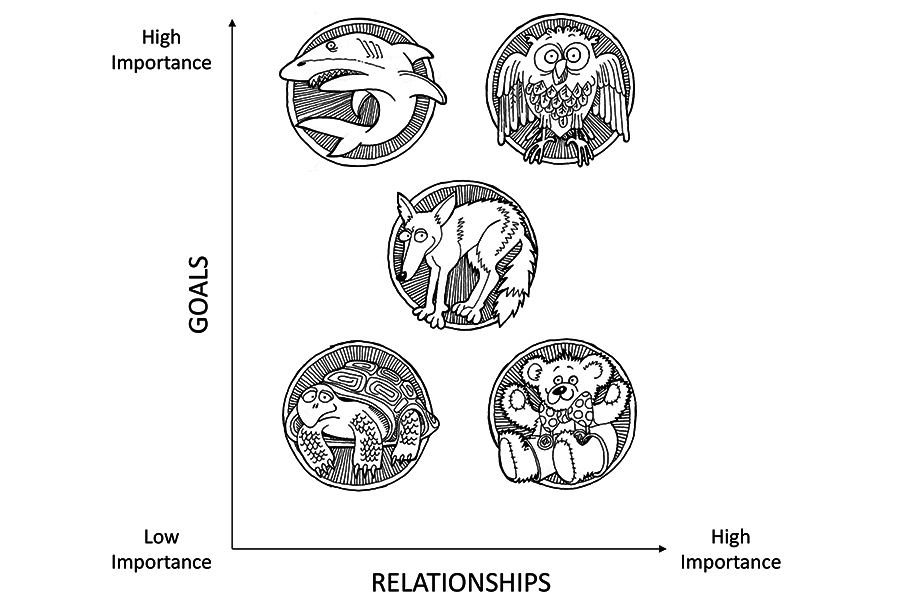 Different people use different strategies for managing conflicts. These strategies are learned. Usually in childhood, and seem to function automatically. Usually we are not aware at the time of how we act in conflict situations. We do whatever seems to come naturally. But we do have a personal strategy; and because it was learned, we can always change it by learning new and more effective ways of managing conflicts.

When you become engaged in a conflict, there are two major concerns you have to take into account:

The importance of these two areas will affect the ways in which you act in any given conflict.

From these two concerns it is possible to identify five styles of conflict management:

Turtles withdraw into their shells to avoid conflicts. They give up their personal goals and relationships. They stay away from the issues over which the conflict is taking place and from the persons they are in conflict with. Turtles believe it is hopeless to try and resolve conflicts. They feel helpless. They believe it is easier to withdraw (physically and psychologically) from a conflict than to face it.

Sharks try to overpower opponents by forcing them to accept their solutions to the conflict. Their goals are highly important to them and relationships of minor importance. They seek to achieve their goals at all costs. They are not concerned with the needs of others. They do not care if others like or accept them. Sharks assume that conflicts are either won or lost and they want to be the winner. This gives them a sense of pride and achievement. Losing gives them a sense of weakness, inadequacy and failure. They try and win by attacking, overpowering, overwhelming and intimidating others.

Owls highly value their own goals and relationships. They view conflicts as problems to be solved and seek a solution that achieves both their own and the other person’s goals. Owls see conflicts as a means of improving relationships by reducing tension between two people. They try to begin a discussion that identifies the conflict as a problem to be solved. By seeking solutions that satisfy everyone, owls maintain the relationship. They are not happy until a solution is found that both satisfies everyone’s goals and resolves the tensions and negative feelings that may have been present.

Please consider the style you think you are.