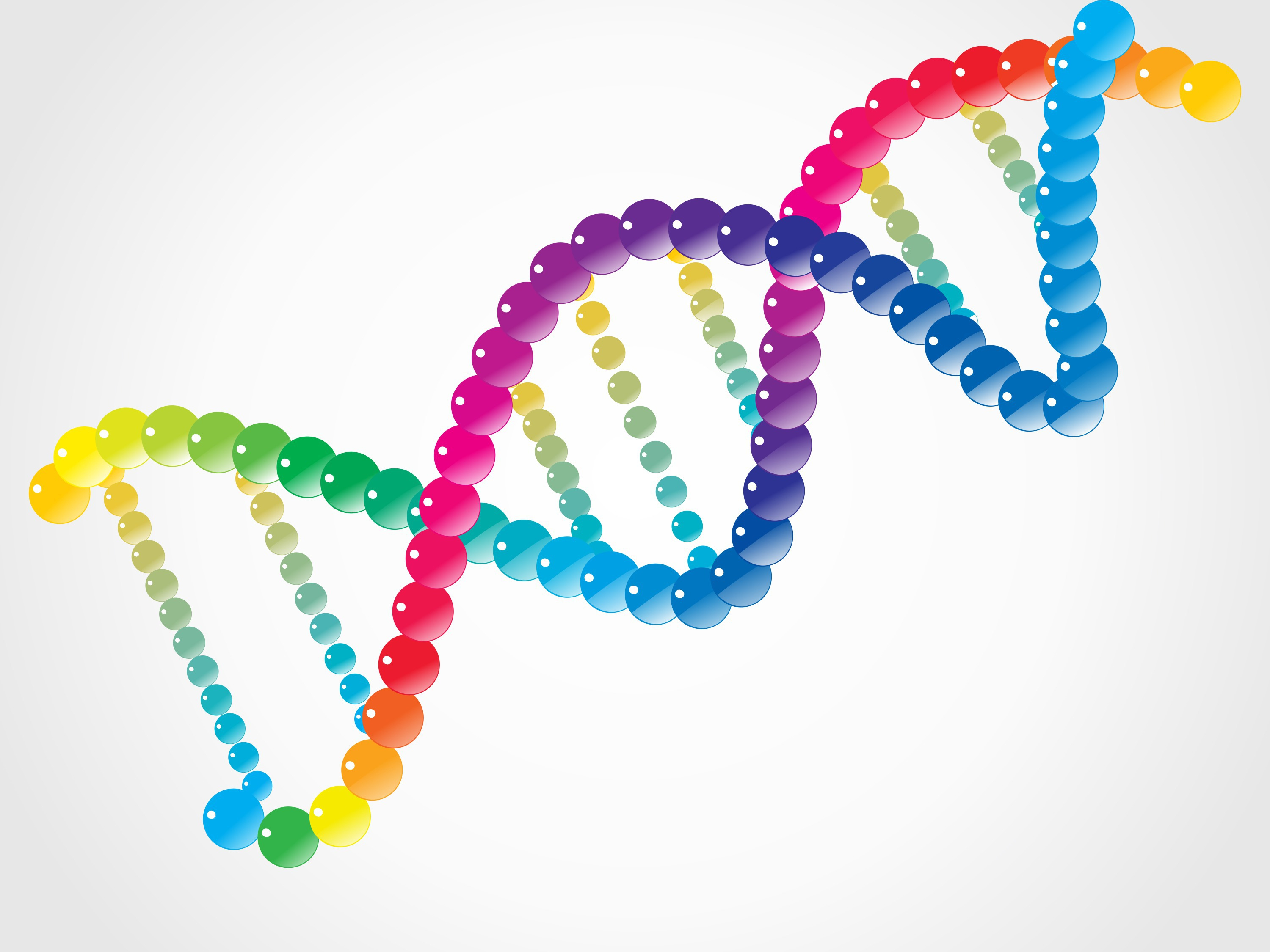 In 2015, president of the United States of America, Barack Obama, announced that he was launcing the Precision Medicine Initiaitve – a new research effort to revolutionize how we improve health and treat disease.

What Is The Precision Medicine Initiative?

Launched with a $215 million investment in the President’s 2016 budget, The Precision Medicine Initiative is an approach for disease prevention and treatment that takes into account people’s individual variations in genes, environment and lifestyle.

Traditionally, most medical treatments have been designed for the “average patient”. As a result of this *one-size-fits-all-approach” treatments can be very successful for some patients and not for others. This is changing with the emergence of precision medicine, an innovative approach to disease prevention and treatment that takes into account individual diffferences in peoples genes, environments and lifestyles.

The Precision Medicine Initiative aims to generate the scientific evidence needed to move the concept of precision medicine into clinical practice. There are a number of reasons why precision medicine is now been explored and utilised to enable a new era for disease prevention and treatment, this includes:

The human genome project was published in February 2001 unveiling the sequence of the human genome for the first time. However, the decoding of the human genome just provides a script since genes can be expressed in different ways depending on the environment around us with which genes constantly interact. Approximately 99.9% of our DNA is identical in every person However our genome contains millions of genetic variants what make us unique. Most of these variants are, what we call, SNPs, or Single Nucleotide Polymorphisms, which consist in the modification of just one nucleotide in the DNA sequence. Many of these SNPs have no effect on human health or their effect is unknown. But many other SNPs modify the way our genes are expressed or the way they responds to environmental stimuli.

We are all different and we observe that the environment affects people in distinct ways. For example, some people gain more weight than others when consuming hypercaloric diets. Also, the effect of medicine varies among individuals. Some of those differences originate in the genome and can be explained by the presence of SNPs.

Our DNA sequence does not change throughout our lives. However, external stimuli are able to modify the expression of our genes through epigenetic modifications. Such mechanisms can switch our genes on and off without altering their sequence. These modifications can be transitory and reversible if we modify our lifestyle and our environment. But, they may also be passed on to the next generations if they occur in crucial moments of our lives, for example in pregnancy, during gestation, we are exposed to different stimuli that define our genetic program. These stimuli include maternal diet, stress, exposure to environmental pollution and the overall health of the mother.

For example, lets think about the Dutch famine of 1944 when during World War II the German Army blocked food supply to western Netherlands. This hunger winter generated a genetic footprint and those babies whose mothers were exposed to the famine during the last trimester of gestation were born smaller; and were less likely to become obese as adults. However, babies that were conceived during that period or those that were in the first trimester of gestation gained more weight and their children developed higher than expected obesity rates. They were genetically programmed to face a famine, but then, they were born to live in a normal environment with plenty of food and that their genome could not anticipate.

Diet is one of the environmental factors that most contribute to our health. Our nutritional status can modify the regulation of our genes, thus altering our genetic predisposition to complex diseases such as diabetes, cardiovascular disease or cancer. Using nutrition to optimize our health requires a deep understanding of how diet acts at the molecular level.

Nutritional Genomics is the field of research where traditional nutrition meets modern genomic knowledge, in order to develop personalised nutrition and lifestyle programs to prevent disease. Nutritional genomics covers nutrigenomics, the science that studies the effect of nutrients on the expression of our genes; and nutrigenetics, the science that studies how our individual SNP’s modify our genetic response to the diet. Both sciences work together and their results can help us live longer and healthier lives. 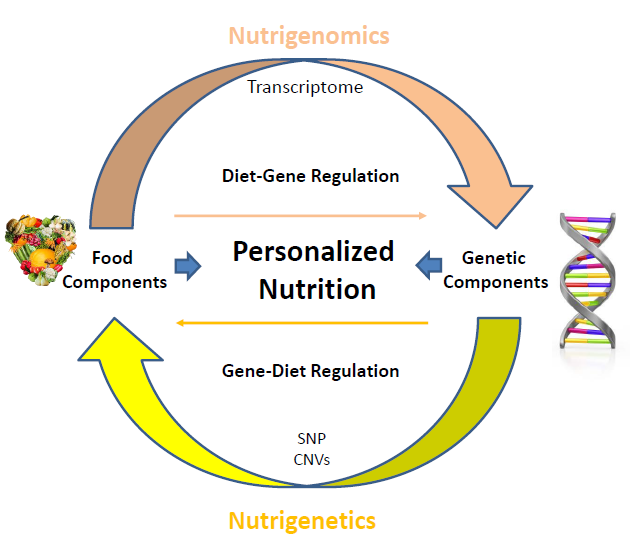 Epigenetics is the study of changes in the activity of genes that does not involve alterations of the genetic code, but can still pass to at least a successive generation.

It is through these epigenetic marks, that environmental factors such as diet, stress and prenatal nutrition can imprint on genes that can be passed from one generation to another. 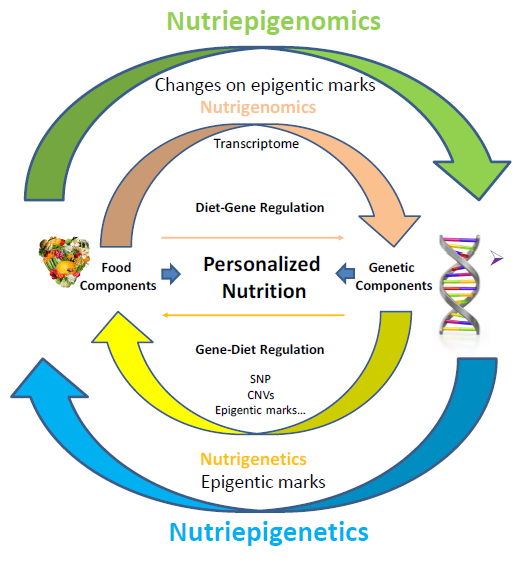 In summary. dietary factors may interact with multiple biological processes (Figure 3). Research and practice is leading towards precision nutrition becoming an integral constituent of clinical nutrition and disease prevention in the era of precision medicine. 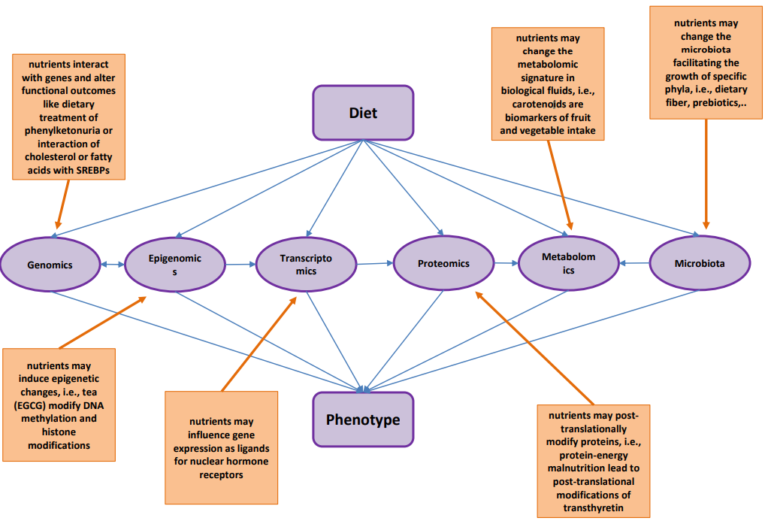 Why not have a look at this video produced by IMDEA which illustrates the information presented in this article on Health and Personalised Nutrition.