How does antibiotic resistance develop and spread?

Systematic misuse and overuse of antibiotics in human medicine and food production has driven the development and spread of antibiotic resistance and consequently put every nation at risk.

Resistance occurs when bacteria change so that the drugs used to treat the infections caused by them become ineffective. The changes occur at molecular level resulting in the formation of superbugs, which cause infections that do not respond to treatment.

As standard treatments for infections become ineffective, infections will persist and spread to others. 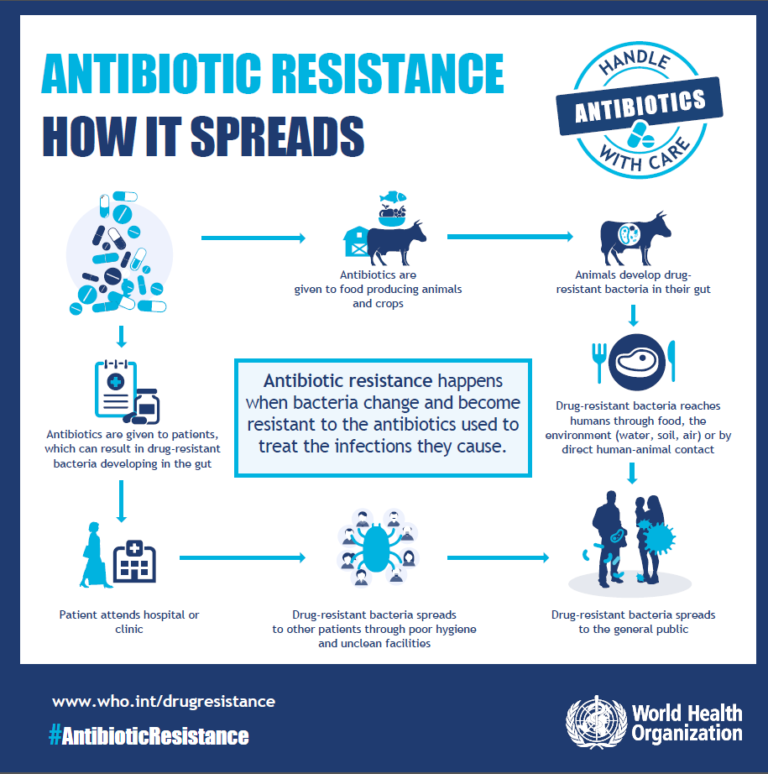 Image sourced from WHO Global Action Plan on Antimicrobial Resistance.

Antibiotics kill or impede the growth of bacteria that are susceptible to them. Bacteria that remain unaffected by them are left to flourish. This process is known as natural selection.

It is not just infection-causing bacteria that are affected by this selection process. Antibiotics affect the body’s entire microbiome (sometimes known as ‘good bacteria’), thus resulting in an imbalance that can seriously affect an individual’s overall health and wellbeing. 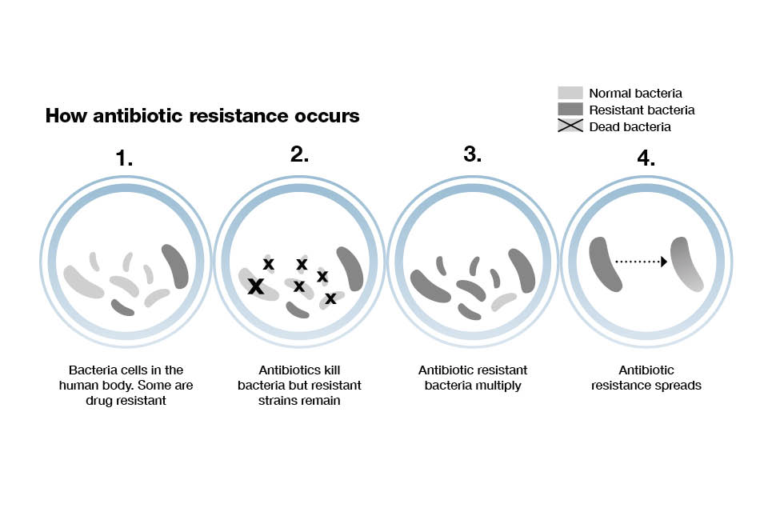 Resistance that occurs when a patient takes antibiotics has been shown, in clinical studies, to persist in that patient’s microbiome for up to 12 months. Furthermore, the bacteria develop resistance not only to the causative drug, but to several others as well.

Exposing a patient to antibiotics when not necessary (for example ‘just in case’ or to meet patient demands) increases that patient’s risk that the antibiotics will fail when they are necessary. 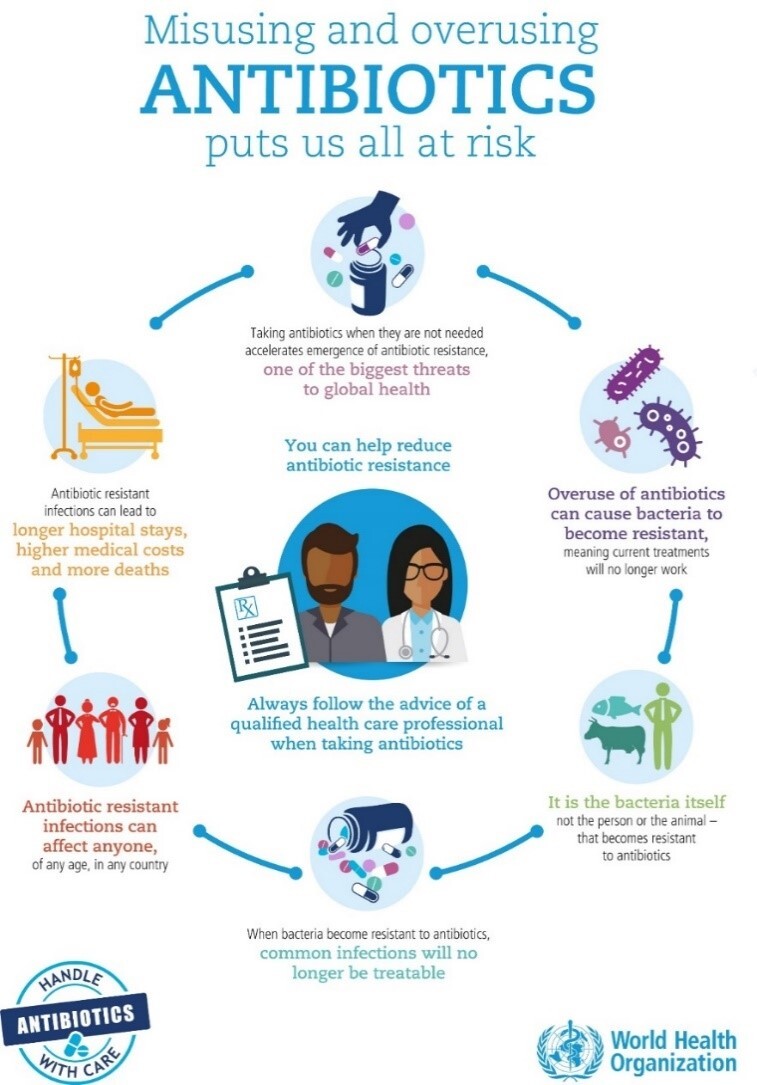