Other key hormones in control of blood glucose balance

Finding balance (homeostasis) in glucose concentrations in the blood

The balance between anabolic hormones (storage) e.g. insulin and catabolic hormones (breaking down) e.g. glucagon, as illustrated in the figure below, is very important for maintaining blood glucose balance (homeostasis). 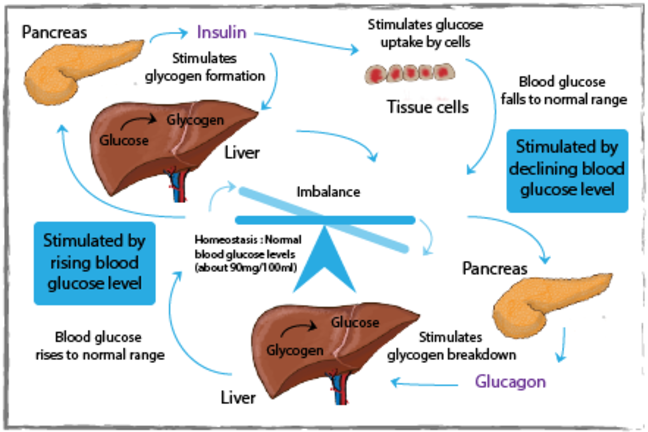 Figure: Good blood glucose control is achieved by balance between the actions of anabolic hormones ,e.g. insulin, and catabolic hormones, e.g. glucagon, acting on key organs such as the liver and peripheral tissues.

Glucagon acts when blood glucose concentrations are low by decreasing the amount of glucose used by the body and increasing the amount of glucose produced. It increases the use of other energy sources, including fatty acids, ketone bodies and amino acids. In the liver it stimulates glycogenolysis to release stored glucose and it stimulates gluconeogenesis to produce new glucose. It also stimulates ketone body production and triglyceride lipolysis. 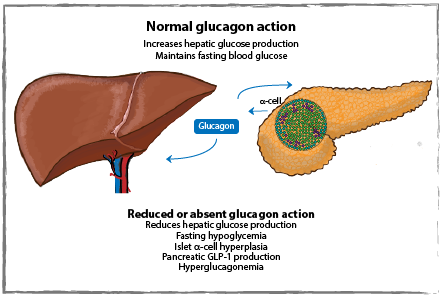 The effects of normal glucagon action and reduced or absent glucagon action. Glucagon is released from the alpha cells of the pancreas and acts on key tissues such as the liver to raise blood glucose concentrations

Glucagon, cortisol and noradrenaline hormones are the emergency or stress hormones, critical to preventing blood glucose from dropping further. They are involved in triglyceride hydrolysis, ketogenesis and proteinolysis, key for provision of alternative energy sources.