For a number of years, Seema treated her diabetes by reducing unhealthy dietary choices and trying to increase her physical activity, which could both help to improve blood glucose handling and preserve her own ability to produce insulin. 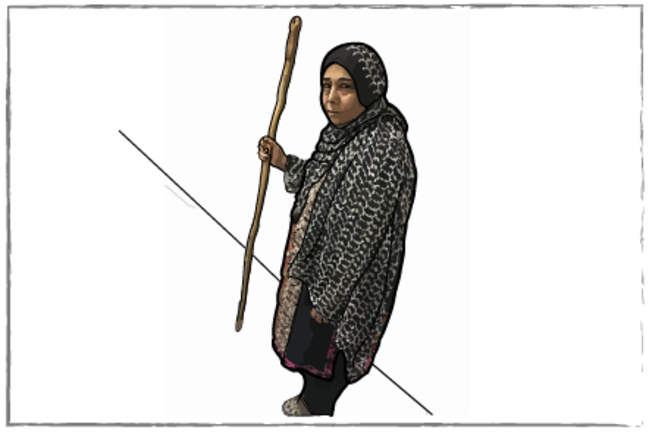 Medications were also used that might help her pancreas to produce more insulin, help her body be more responsive to insulin and stop her liver from releasing excess glucose into the blood.

However, she goes to see her doctor as she is concerned that she has been experiencing symptoms of hyperglycaemia. 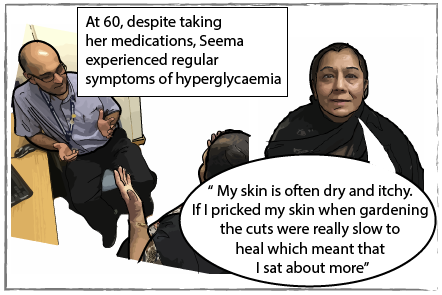 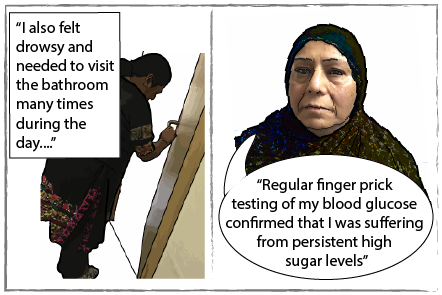 After 10 years of type 2 diabetes, her pancreas is no longer able to produce enough insulin to control blood glucose levels.

Her doctor started her on once daily long acting insulin injections at bedtime. 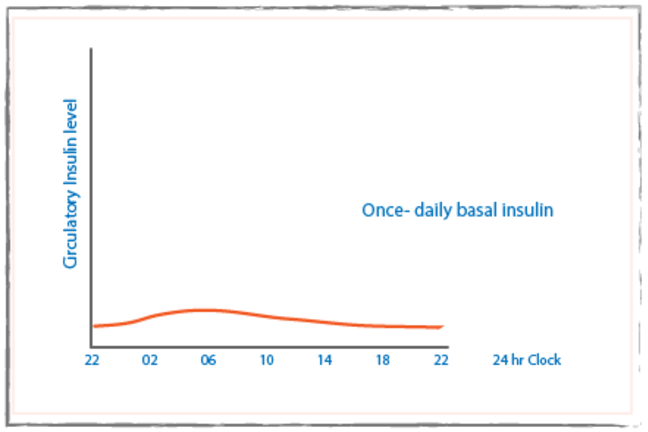 This resulted in a marked improvement in blood glucose levels with an associated reduction of symptoms of hyperglycaemia.