The Occupation of France after the Battle of Waterloo

This article describes how an army of occupation was used to stabilise France in the years following the Battle of Waterloo. 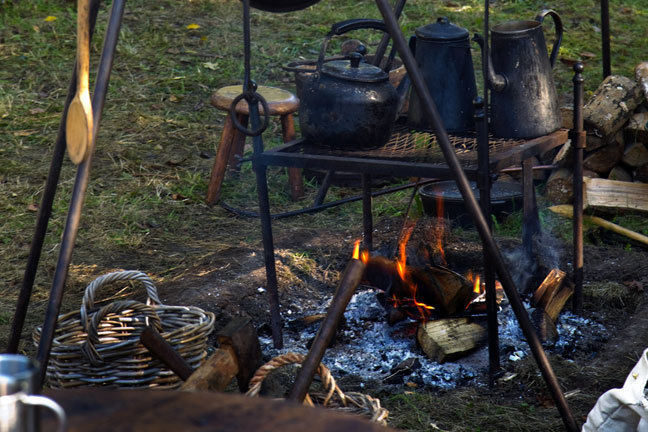 This article looks at the allied occupation of France, in 1815‒18. As an activity in this article, you might like to consider what it was like to be a soldier in this force. Your rations are set out in Document 1 below. This schedule was one of the outcomes of the negotiations of the summer and autumn of 1815. The French government had taken time to reduce the size of its army, confirming to the allies the urgency of settling matters in France.

The allies went through various drafts of a settlement, setting out the possibilities for an army of occupation, their demands for reparations and guarantees. The British negotiator was Lord Castlereagh, who worked closely with the Duke of Wellington. The French economy was also a subject of discussion: it was important to provide a firmer basis for the French state’s finances.

Terms of the peace
The allies were not at war with Louis XVIII and were, in fact, in alliance with him. The terms of a peace settlement therefore focused on securing France’s frontiers with her neighbours, without overstating territorial claims. Negotiations were not straightforward and there were other matters to be considered. Countries sought the restitution of works of art: the Pope sent the artist, Canova, to reclaim items from the Louvre that had been plundered from Rome.

As well as the wider object of a peaceful settlement for Europe, each of the allied powers had their own particular interests: the Prussians wished to reshape French territory along its eastern boundary; and the British government became alarmed at the cost of subsidising the fortifications that would guarantee the security of the Low Countries — arguing that the whole of the projected sum (£4 million) should be defrayed by France.

A continuing concern for all the allied powers was the cost of maintaining their forces in France — and there was a sense of relief in the latter part of the year when it was clear that the armies in France could be reduced in size.

Financial arrangements
Financial arrangements with France were settled in a meeting of 13 October — and a formal treaty (a second Treaty of Paris) was agreed on 20 November 1815. It committed the four powers — Austria, Great Britain, Prussia and Russia — to the use of military force to ensure the peace of Europe: 60,000 men were to be in the field, beyond the army of occupation. France was to pay 270 million francs over three years from 1 December 1815, of which 140 million francs were a financial indemnity and the balance was for the support of the allied army of occupation. That army was to be in place for a minimum of three years and a maximum of five, with the possibility of reducing it in size after one year.

There was a separate military convention agreed at the same time under the terms of the treaty. This defined a zone of occupation which was limited to north-east France, bordering on the Low Countries and the German Confederation — if the allied troops had been dispersed across the whole of France, they would have been spread too thinly to have been of use. Louis XVIII was effectively agreeing to the occupation of his country, while he built up his own military force. While the army of occupation was security for the allies against French aggression, it was also intended that it give France herself, and especially the King, protection against a revolutionary uprising.

The army of occupation
The allied powers had considered it desirable on 22 October that Wellington should command the army of occupation. The army was to be composed of 30,000 troops supplied by each of the Austria, Great Britain, Prussia and Russia, of which cavalry would constitute between a sixth and a tenth; Bavaria would supply 10,000 men; and Denmark, Saxony, Hanover and Württemberg 5,000 men each. On 20 November, formal treaties and conventions were agreed to give effect to the discussions of the allies, for an army of occupation of 150,000 men. The French were to provide quarters, heating, lighting, forage and provisions, the composition of which was set out in detail, both for officers and men [see Document 1]. The numbers of rations was not to exceed at any one time 200,000 for men and 50,000 for horses. In addition France was to pay 50 million francs per annum towards equipment, clothing and other necessaries. The French were also to maintain fortifications.

Although theoretically the allied armies were segregated from areas where the French army might operate by a demilitarised zone, the French king was allowed to garrison some places in this area, for example, with 1,000 men at Calais and 3,000 at Lille. The gendarmerie was to continue to operate in the areas where the allied forces were based, for the ordinary maintenance of law and order. At the same time, the allies were to reduce their forces to the levels specified in the document within 21 days of its execution. The four allied powers gave Wellington formal instructions, conferring upon him the command of the army of occupation [see Document 2 (PDF)], which were also explained to the French government in a parallel document sent to the Duc de Richelieu, the French minister.

The occupation ends
Richelieu attempted within six months of the convention to have the army of occupation reduced in size. Although his moves were rejected, there were other pressures beyond those of the French government for the reduction. France could not resume her normal commercial activity while she was burdened with heavy reparation payments. She had found it hard to raise the funds to pay the allies and a financial crisis in November 1816 resulted in the suspension of payments. At the start of 1817, negotiations with the Hope-Baring bank provided a way for a substantial loan. The Times of 15 July 1817 saw advantages for Anglo-French trade if France had more finance available. The question of payment for French reparations was only concluded at the Congress of Aix-la-Chapelle in 1818, at which point they were reduced and France was enabled to pay them off with further loans from Anglo-Dutch bankers.

Richelieu had been successful in 1817 in reducing the size of the army of occupation: the allies agreed that it should be 20% smaller from 1 April that year. The next stage was to negotiate an early conclusion to the occupation itself. This was also business for Aix-la-Chapelle: it was concluded that two further years of occupation would exacerbate conditions in France, rather than providing security for the allies.

On 4 November 1818, the allies agreed that the provisions of the treaty of 20 November 1815 had been fulfilled, and that France might be restored to her full position in international relations — the declaration was made publicly on 15 November. In parallel, preparations had been in hand since early October for the withdrawal of the army of occupation and the troops marched out of France during mid-November.

Activity
The rations of the troops of the army of occupation were formally agreed with France. What were the main features of a soldier’s diet? What evidence is there here for soldiers’ pastimes and pleasures?

Document 1: Translation of part of the tariff annexed to the military convention of 20 November 1815, setting out the rations for each soldier in the army of occupation to be supplied by France

The ordinary portion of a soldier: