The historical perspectives of safe motherhood initiatives and why it took so long for the health of mothers to get on the global agenda. 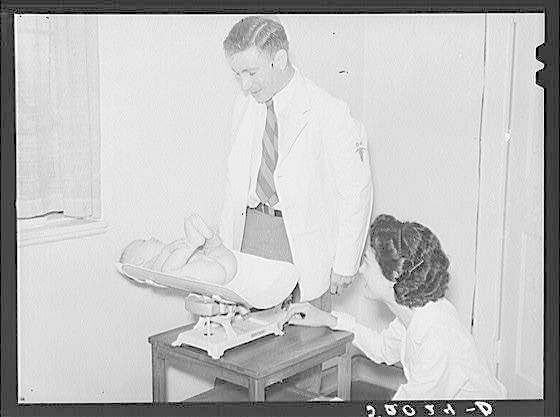 The field of maternal health has been shaped by its search for effective strategies to reduce maternal mortality and its quest to attract attention to the cause.

While maternal mortality was addressed in high-income countries from the 1930s onwards, it wasn’t until the late 1970s that debates surrounding maternal and child health (MCH) made it onto the global agenda for low-income countries. In this step, Isabelle Lange offers a historical perspective on the progress of maternal health initiatives.

Where is the M in MCH?

In 1985 The Lancet published an influential article by Rosenfield and Maine, titled ‘Where is the ‘M’ in MCH?’ The authors stated that the international aid community was focused on child health and that in terms of maternal health, family planning was the only vertical strategy receiving any attention.1

Why was such an important public health area and one that people across the planet could relate to, being neglected?

Maternal mortality was difficult to measure; estimates on the global burden of maternal mortality weren’t made until 1985. Many of the deaths occurred at home, during labour or post-partum, and not at health facilities, rendering the problem ‘invisible’.

In addition, there was a lack of engagement with the issue on the part of medical professionals, and international advocates resisted the over-medicalisation of childbirth through the support of ’natural’ childbirth and community rather than hospital care.

The first real policy window in maternal health came in 1987 with the emergence of The Safe Motherhood Initiative, a transnational network of policymakers, technocrats, and advocates, supported by United Nations (UN) agencies and interested in shifting the agenda from child to adult health.

Its aim was to galvanise international attention and commitment to addressing the high levels of maternal mortality in low- and middle-income countries, particularly Sub-Saharan Africa and Asia.

It called for a multi-sectoral approach in health and other social sectors to improve women’s status through social and economic policy, with the aim of strengthening maternal health services and reducing maternal mortality.

By the 1990s, the safe motherhood field was supported by UN agencies, populated by a committed, global group of organisations and reinforced through a number of conferences.

However, many stumbling blocks hampered the movement and countries experienced slow progress after 1987. Continued measurement challenges failed to draw attention to the problem, and the lack of a leading international champion or single UN body to advocate for maternal health added to the sidelining of the issue.

In addition, the field drew out political sensitivities: abortion was controversial, and the women’s rights movement preferred the broader term ‘reproductive health’ to ‘safe motherhood’. It has been suggested that its position as a women’s issue contributed to its slow uptake among policymakers.

All of these issues made it difficult to gather political momentum, which was attributed, in part, to unsuccessful framing of the issue by advocates and researchers.2

The need for evidence-based recommendations

In the late 1990s and early 2000s, there was a growing desire for simple, globally relevant and ‘evidence-based’ recommendations, with skilled birth attendants and emergency obstetric care emerging as interventions. Global policy strategies with a strong technical focus and less emphasis on social and systemic factors led to effective interventions that generated interest, momentum and funding.

Prior to this decade, USAID and several other donors did not have separate budgets for maternal health. In later years there was a move away from the 1990s search for a single solution to saving mothers’ lives, and a shift towards access to care and the social and economic determinants of health.

This echoed the early aims of the Safe Motherhood Initiative.

During this time there was strong collaboration across a variety of sectors, with findings showcased in seminal articles, conferences and declarations, such as the 2005 World Health Report on MCH, the 2006 Lancet series on maternal health, and the Countdown to 2015 consortium.

These developments led to the creation of partnerships between the established organisations in the field and a new focus on accountability.

In 2000 the Millennium Development Goals (MDGs) brought maternal health to the top of many agendas through the setting of MDG5: Improve Maternal Health. This led to both local and global investment in maternal health, spanning all professions and levels of health systems.

The MDGs showed strength in linking maternal, newborn and child health, and prompted a commitment to healthcare throughout the life cycle in order to meet the targets.

Global health initiatives are now so pervasive that it’s easy to forget they represent a relatively recent development emerging as a result of great changes in public health. At present, and alongside greater funding to the field, there is an increased focus on alignment and harmonisation, leading to better integration and collaboration amongst stakeholders in maternal health.

At the same time, increased competition with a strengthened child health field and the neonatal lobby mean that the lessons learned a generation ago about generating political priority for the cause are as important as ever.