Category: Finance, Learning, What is

Category: Finance, Learning, What is

In this post Professor Nicky Marsh, English professor at the University of Southampton and educator on a new course Understanding Money, explores the history of money and asks: do we really understand it? 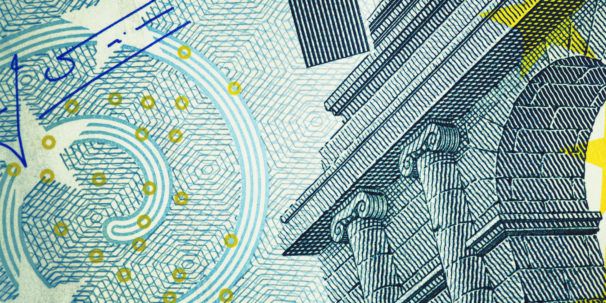 Money itself is changing. Debates about the money form – who issues it and how we use it – have found new shapes in the digital economy.  The emergence of a cashless society and the fascination with cryptocurrencies are both altering how we use money and what we know it to be. Yet it’s far from clear what the implications of these changes are.

What we do know is that these changes aren’t neutral. Lobbyists and regulators, for example, have outlined the dangers that they involve. Cryptocurrencies now come with official health warnings. The UK’s Financial Conduct Authority has repeatedly cautioned against the unregulated and speculative nature of ‘initial coin offerings’ and suggest that most buyers don’t understand the money that they are buying. The risk of a move toward a cashless society has also been given a red flag. The publication this week of Link’s ‘Access to Cash’ report outlined the dangers of too rapid a move to a cashless society, suggesting that it was small businesses and society’s most vulnerable groups who stood to lose the most. Others have gone further, pointing out that the move towards an entirely digital money is a mechanism of social exclusion that functions solely to expand corporate profit.

What these debates suggest most obviously, of course, is that as a society we don’t fully understand what money is or how money is made. This is a point that has been illustrated most powerfully by the group Positive Money whose research has demonstrated that even the majority of MPs don’t understand that the majority of money currently in circulation has been created by the financial sector, through the creation of loans, rather than by the mint or treasury. What we fail to understand by not realising this, they argue, is the way in which the creation of money is implicated in  house price bubbles, high levels of debt and rising inequality. Positive Money, like Link’s ‘Access to Cash’ report, conclude that we need to see money not as a commodity, a source of private profit that can be bought and sold, but as a public utility that needs careful stewardship if it is to effectively serve all aspects of the economy.

One of the reasons that people don’t fully understand money may be that the field of economics itself has become an increasingly technocratic one, mired in jargon and hived off from other kinds of political and social discussions. This is one of the major criticisms that has been levelled at both the discipline and the profession since the 2008 financial crisis.

Yet it is important to remember that this has not always been the case: for much of the past three centuries debates about the money form were entirely central to political life – elections were fought and lost on the basis of what money we should use – and reminding ourselves of these contested cultures offers an important way of making the politics of money accessible once more.

Debates about ‘hard’ and ‘soft’ money run throughout history

Beneath the debates about both cryptocurrencies and the death of cash, for example, is the recurring question of what supports money’s value, a question that is as old as the money form itself. These contemporary debates can be compared to histories of money in illuminating ways. The blockchain technologies that have enabled bitcoin may promise radical democratic alternatives to the financial system, through lower cost transactions and redistributed networks, but contemporary buyers of bitcoins, like the buyers of gold before them, are often attracted to a money form whose value is partly rooted in scarcity.  Bitcoins are mined, at exorbitant energy costs, and, unlike the paper money of the financial sector, the value of these computer codes are defined by the fact that no more will be made.  Buyers of bitcoin are buying a speculative commodity, in other words, that they hope will increase in value because demand will eventually outstrip a finite supply. The logic here is comparable to that of ‘hard’ money, a money whose value is assumed to be inherent in its very form. Buyers of public and private debt, conversely, may be more conservative, attracted to the lower but safer returns that interest rates promise and that the security that the State’s underwriting of public and private debt provides. This is the logic of ‘soft’ money and the possibility of a more elastic and expanding money supply.

We can see these debates, about hard or soft forms of money and about the relative guarantees of commodity value or state security that support them, running through the history of modern money since its origins in the Financial Revolution of the Eighteenth Century. The mistaken assumption that the stocks in the South Sea Company were guaranteed by the Government, for example, was at least partly responsible for the buyer’s exuberance that only was later realised to be irrational in the moment of the crash. The crisis was part of a much longer shift in cultures of value: as the credit cultures of the new urban economy began to outstrip the landed economies of the aristocracy. The same tension between a soft paper money and a hard gold currency dominated American electoral politics for much of the nineteenth century. Although in this case anxieties about the credit economy were often moulded by debates about race that were quite distinct from the anxieties about the new mercantile middle class that had taken place in Britain century earlier.

Literary and visual cultures are important for giving us insight into the social implications of these varied histories. The radical disturbance to the social order that the South Sea Bubble of 1721 brought about, as new economic agents entered the economy and vested interests were brought low, is still most memorably captured in William Hogarth’s Emblematical Print of the South Sea Scheme. Similarly, the violent policing of the forged bank notes that followed the Bank Restriction Act of 1790s was most powerfully captured by George Cruikshank’s satirical note, featuring the bodies of forgers hanging on the gallows and acting as a permanent warning against the despotism that he associated with a state-manufactured money.  Yet these cultural histories aren’t only critical. Other texts, like Frank Baum’s The Wizard of Oz, can be read as imagining an alternative to the bimetal debates of the 1890s. The allegorical story that lies behind Baum’s text both reveals the social implications of the money debates of the 1890s, where gold was seen to be the currency of the elite and paper the currency of the workers, and surpasses it, as imagines the future of a more egalitarian form of consumer credit.

It is this history – of money and art and the complex ways in which it is played out through cultures of financial investment and crisis – our course exploring money gives you a new and unique access to. We explore the history of commodity money suggested by the bitcoin as well as the history of credit money suggested by the virtual currencies of the financial system. We also explore the ways in which both forms of money were financialised, as we examine the changes in the locations and technologies of investment and the complex ways in which culture demarcated the distinction between gambling and speculation. Finally, we look at what happens when the money is interrupted, when the commodity devalues or the credit crunches, and a financial crisis emerges.

“Find out more and join the Understanding Money course”