Find out more
Home What is Python used for? 10 practical Python uses
Published on April 9th, 2021

Find out some of the top uses for Python, as we explore why it’s such a popular and diverse programming language. 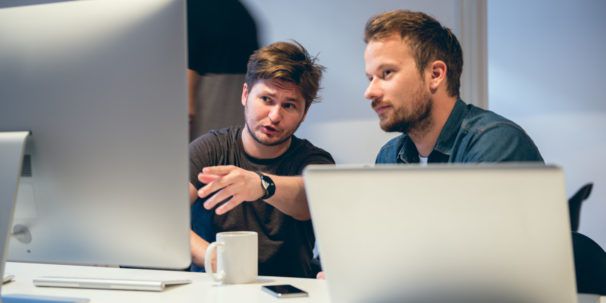 Despite starting out as a hobby project named after Monty Python, Python is now one of the most popular and widely used programming languages in the world. Besides web and software development, Python is used for data analytics, machine learning, and even design.

We take a closer look at some of the uses of Python, as well as why it’s such a popular and versatile programming language. We’ve also picked out some of our top courses for learning Python, and some ideas for Python projects for beginners.

Before we get into the details of what you can do with Python, let’s get some of the essentials out of the way. If you’re hoping to learn a programming language, these basics can help you understand why Python could be an excellent choice.

As we outlined in our summary post on what different programming languages are used for, Python is an object-oriented (based around data), high-level (easier for humans to understand) programming language. First launched in 1992, it’s built in a way that it’s relatively intuitive to write and understand. As such, it’s an ideal coding language for those who want rapid development.

If you’re wondering who uses Python, you’ll find that many of the biggest organisations in the world implement it in some form. NASA, Google, Netflix, Spotify, and countless more all use the language to help power their services.

Why is Python so popular?

So, we know why Python is so popular at the moment, but why should you learn how to use it? Aside from the ease of use and versatility mentioned above, there are several good reasons to learn Python:

How long does it take to learn Python?

As we’ve mentioned already, Python is a relatively straightforward programming language compared to many others. As such, it’s possible to learn the basics over just a few weeks. Many of our short courses, such as Getting Started with Python, take 6-8 weeks to complete, with only a few hours of learning required each week.

If you’re looking for a more detailed exploration, there are also options available. Our deep learning and Python programming ExpertTrack takes 21 weeks to complete, with 5-6 hours of study needed every week.

What is Python used for?

Clearly, Python is a popular and in-demand skill to learn. But what is python programming used for? We’ve already briefly touched on some of the areas it can be applied to, and we’ve expanded on these and more Python examples below. Python can be used for:

Because Python is such a stable, flexible, and simple programming language, it’s perfect for various machine learning (ML) and artificial intelligence (AI) projects. In fact, Python is among the favourite languages among data scientists, and there are many Python machine learning and AI libraries and packages available.

If you’re interested in this application of Python, our Deep Learning and Python Programming for AI with Microsoft Azure ExpertTrack can help you develop your skills in these areas. You can discover the uses of Python and deep learning while boosting your career in AI.

Much like AI and machine learning, data analytics is another rapidly developing field that utilises Python programming. At a time when we’re creating more data than ever before, there is a need for those who can collect, manipulate and organise the information.

Python for data science and analytics makes sense. The language is easy-to-learn, flexible, and well-supported, meaning it’s relatively quick and easy to use for analysing data. When working with large amounts of information, it’s useful for manipulating data and carrying out repetitive tasks.

Data visualisation is another popular and developing area of interest. Again, it plays into many of the strengths of Python. As well as its flexibility and the fact it’s open-source, Python provides a variety of graphing libraries with all kinds of features.

Whether you’re looking to create a simple graphical representation or a more interactive plot, you can find a library to match your needs. Examples include Pandas Visualization and Plotly. The possibilities are vast, allowing you to transform data into meaningful insights.

If data visualisation with Python sounds appealing, check out our 12-week ExpertTrack on the subject. You’ll learn how to leverage Python libraries to interpret and analyse data sets.

You can program all kinds of applications using Python. The general-purpose language can be used to read and create file directories, create GUIs and APIs, and more. Whether it’s blockchain applications, audio and video apps, or machine learning applications, you can build them all with Python.

We also have an ExpertTrack on programming applications with Python, which can help to kick-start your programming career. Over the course of 12 weeks, you’ll gain an introduction on how to use Python, and start programming your own applications using it.

Python is a great choice for web development. This is largely due to the fact that there are many Python web development frameworks to choose from, such as Django, Pyramid, and Flask. These frameworks have been used to create sites and services such as Spotify, Reddit and Mozilla.

Thanks to the extensive libraries and modules that come with Python frameworks, functions such as database access, content management, and data authorisation are all possible and easily accessible. Given its versatility, it’s hardly surprising that Python is so widely used in web development.

Although far from an industry-standard in game development, Python does have its uses in the industry. It’s possible to create simple games using the programming language, which means it can be a useful tool for quickly developing a prototype. Similarly, certain functions (such as dialogue tree creation) are possible in Python.

If you’re new to either Python or game development, then you can also discover how to make a text-based game in Python. In doing so, you can work on a variety of skills and improve your knowledge in various areas.

The simple and elegant design of Python and its syntax means that it has inspired the creation of new programming languages. Languages such as Cobra, CoffeeScript, and Go all use a similar syntax to Python.

This fact also means that Python is a useful gateway language. So, if you’re totally new to programming, understanding Python can help you branch out into other areas more easily.

Python is increasingly being utilised in the world of finance, often in areas such as quantitative and qualitative analysis. It can be a valuable tool in determining asset price trends and predictions, as well as in automating workflows across different data sources.

As mentioned already, Python is an ideal tool for working with big data sets, and there are many libraries available to help with compiling and processing information. As such, it’s one of the preferred languages in the finance industry.

Another slightly surprising entry on our list of Python uses is in the field of search engine optimisation (SEO). It’s an area that often benefits from automation, which is certainly possible through Python. Whether it’s implementing changes across multiple pages or categorising keywords, Python can help.

Emerging technologies such as natural language processing (NLP) are also likely to be relevant to those working in SEO. Python can be a powerful tool in developing these NLP skills and understanding how people search and how search engines return results.

When asking ‘what is Python used for?’ you probably weren’t expecting design to feature on the list. However, Python can be used to develop graphic design applications. Surprisingly, the language is used across a range of 2D imaging software, such as Paint Shop Pro and Gimp.

Python is even used in 3D animation software such as Lightwave, Blender, and Cinema 4D, showing just how versatile the language is.

So, if you were wondering what to do with Python and who uses Python, we’ve given plenty of ideas for how it’s used. But what about if you’re just starting out with the language and want to become a Python developer?

Below, we’ve outlined some Python project ideas for beginners. These can help you develop your knowledge and challenge your abilities with the programming language:

Once you’ve mastered the basics of Python, each of these can challenge you and help you hone the skills you’ve already learned.

That concludes our look at what Python programming can be used for. As you can see, there are many applications for this popular language, with a wide support network and a diverse range of libraries that can help.

There are many reasons why you might want to start learning Python. It’s a future-proof and in-demand skill that’s required across all kinds of industries. What’s more, we have a broad selection of Python courses that can help you either master the basics or develop some more specific skills.