A Brief History of Time – How Has AI Technology Evolved

An introduction to the history of AI and how it has evolved over time to become an integral part of our lives and experiences today.
View transcript
0.5
It feels as though AI has become a hot topic in only just the last few years. However, its evolution began long before computers existed, going as far back as the 1700s. To better understand the technology of today, we’ll start with a short introduction to the history of AI. Way back in 1763, Thomas Bayes created a framework for reasoning about the probability of events. The Bayesian Inference would become a leading approach in machine learning. Fast forward over a century to 1898 and during an electrical exhibition in the recently completed Madison Square Garden, Nikola Tesla demonstrated the world’s first radio-controlled vessel. The boat was equipped with, as Tesla described, “a borrowed mind.” World War II boosted the fields of neuroscience and computing.
52.4
The birth of artificial intelligence can be attributed to Alan Turing with his work to crack the ‘Enigma Code’, used by the Germans to send encrypted messages secretly. The story was adapted for the feature film The Imitation Game, starring Benedict Cumberbatch, an intense drama so compelling that even the most creative among us would want to consider code-breaking. However, it was really in the 1970s when AI started to come to life in terms of its visibility. The film Star Wars, released in 1977, gave us all insight into the capabilities of AI through the well-known characters, C-3PO and R2-D2.
91.3
These robots -or droids- certainly had all the elements of a human captured in a machine; they had opinions, feelings, arguments and, crucially, clear decision-making capabilities.
104.4
The 90s was the decade which set the scene for AI to rapidly evolve and be used to enhance everything that we do today. In 1991, the World Wide Web was opened to the public. Although at the time only a few people could envision what that meant, it was the start of ‘big data’ and collecting mass-information on consumers. This decade also witnessed the world’s greatest chess player, Gary Kasparov as he was beaten by IBM’s Deep Blue supercomputer. The defeat of the humans remains very symbolic in computing history but Deep Blue had, in reality, only managed to touch on a small piece of what AI could do. The turn of the millennium and the decade that followed saw many advances.
146.5
This included Apple launching the iPhone in 2007. The smartphone era began and with it came a boom in consumer data.
157.4
Along with the evolution of, and access to technology, our global culture has transformed into a place where many of the things we do are funneled through a digital channel, from ordering food, shopping for clothes, shoes, furniture and homes to banking and entertainment. With the massive increase in data availability and the invention of very high efficiency computers, the use of AI has boomed over the last 10 years. Now used on a day-to-day basis across many industries, everything from personalised shopping recommendations to credit scoring is powered by AI.
196.3
Today, AI is all around us, playing a key part in how we experience and interact with brands.
201
Some examples of this include: Google Maps, which uses algorithms to understand traffic build-up and generate optimal routes for you to travel. Alexa and Siri, which use a form of AI called natural language processing to understand what we’re asking of them. And many of the emails you get from different brands, selling products or services, will have algorithms customising and creating content based on your interactions with their websites and social media accounts.
233.6
The customer experience today has evolved significantly from services relying only on people. Businesses and brands utilise AI to answer your queries and solve issues. Automated telephone-answering systems and online chatbots are now able to understand exactly what you’re asking of them, seeking out relevant information and dealing with our requests, without ever the need for a real person on the other end. Even the airplanes we fly to go on holiday are driven in-part by autopilots.
264.7
As we look ahead and fast forward to 2030, AI will continue to evolve and become a fully integrated part of our daily lives as it plays a central role in driving a better customer experience. It will support easier interaction with the brand though convenience, providing relevant offers and more enjoyment as we shop. Real time translation will enable brands to reach a far wider audience in the language that they prefer. Digital fitting rooms will move us even closer to a completely online retail experience. AI chatbots on social media will go beyond just answering your questions but also ordering your shopping directly for you.
303.9
Personalisation will take on a whole new level where entire experiences will be tailored to you and your specific needs. With advances in wearables and healthcare, keeping track of our own well-being will be much easier. Monitoring our blood pressure, sugar-levels or heart rate will be easier, regularly providing more accurate results and the ability to proactively manage our health with guidance.

It feels as though AI has become a hot topic in only just the last few years. However, its evolution began long before computers existed, going as far back as the 1700s. To better understand the technology of today, we’ll start with a short introduction to the history of AI.

This content is taken from Critical Mass online course 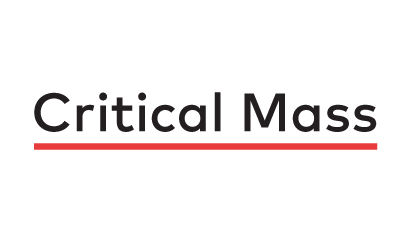