A Holistic Approach to Food

Society’s focus on producing and consuming food that is quick and convenient to prepare is partly to blame for current levels of food waste. Returning to the more holistic ways our grandparents would have bought and prepared food can help reduce this. 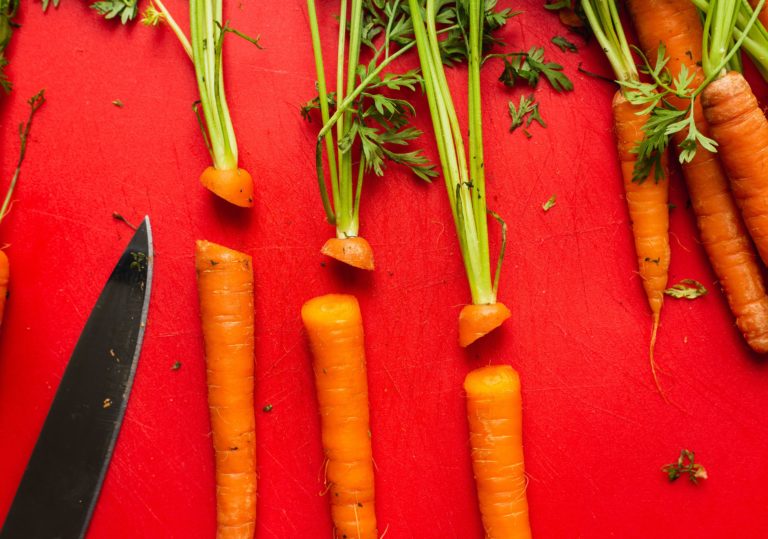 UK’s eco-chef Tom Hunt coined this term in 2010/11. It’s about making the most of the whole plant by respecting and treating fruit and vegetables as a whole entity. Off-cuts (peel, stalks, outer leaves, etc) that are usually thrown away can be used for stock. You can freeze them as you produce them to collect the variety and quantity needed to create a tasty broth or bouillon. Broccoli, cauliflower, chard and asparagus stems can be turned into pickles. Potato skins can be chopped into fries or roasted. Carrots tops, finely chopped, can be made into a pesto-style sauce, add crunch to salsas, or be used in stocks and soups to give greater depth of flavour.

Root to fruit eating began as a zero-waste philosophy and grew into a holistic approach to food sustainability. The philosophy encourages us to think about where our food comes from and its environmental impact throughout the supply chain, from the farm to our kitchen.

Take a look at Tom Hunt’s ideas for using beetroot, cauliflower and vegetable off-cuts in a chicken soup.

‘Nose-to-tail’ is a cooking method that ensures no edible parts of an animal are wasted, literally using everything from the nose to the tail.

This term was coined by chef Fergus Henderson in 1995. Of course, cooking using every part of an animal carcass is far from a new idea since it was common for households to rear their own animals, particularly pigs, and consume everything. Traditionally, small-holders would raise a pig or a cow over the spring and summer, butcher it in the autumn, and make use of every part over the winter which included preserving parts for use the next year.

For most of us the only whole animal we get the opportunity to buy is a chicken (or other poultry), but purchasing this rather than just the breast or the legs means you’ll spend less and you can easily portion it yourself with a small knife (there’s a link to a video you might find helpful in the See Also section).

More recently, led by chefs, artisan butchers, foodies and environmentally conscious consumers, the cooking term has morphed into a movement that aims to change how we shop, cook and eat. The nose-to-tail philosophy considers how the way we consume our food impacts the environment. By letting nothing go to waste, this philosophy ensures that all the resources that went into creating that product (water, land, feed, carbon, etc) are cherished. The movement also celebrates traditionally prepared dishes that feature overlooked or lesser-known parts of the animal.

According to the ‘Clean Eating Magazine’, this is how to try it:

If eating the unusual parts of the animal is one step too far for you at the moment, you can still make a difference by making sure that you only buy meat from butchers that can prove they use as many parts of a slaughtered animal as possible. Crowdbutching, available in Germany, Netherlands and UK, allows you to buy a share of an animal raised in high welfare conditions by a small-scale producer, and once all its remaining shares are sold, the animal will be slaughtered, and your share matured and delivered to your door.

Do you prepare traditional dishes using overlooked or lesser-known parts of fruit, vegetables, or meat? Please share a favourite recipe here and inspire other learners, respecting that fact that some may be meat-eaters, some vegetarian and some vegan.