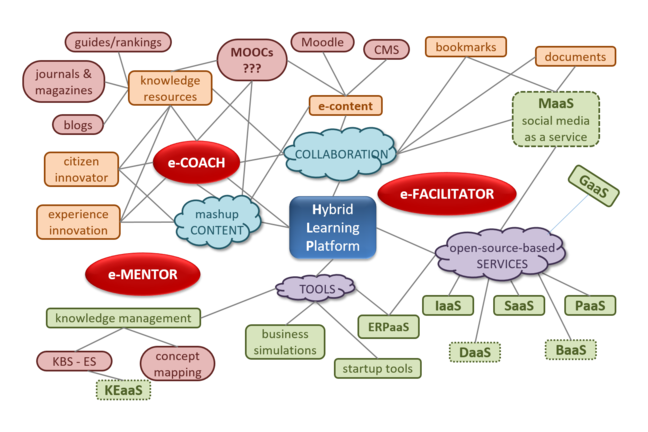 The future of cloud computing

Before I get to the future, let me say a few words about the past of cloud computing. The idea is actually very old, it even predates the PC (personal computer). Before the PCs appeared there were servers with terminals or consoles. A console was just a keyboard and a screen and everything you did actually happened on a server somewhere in the building. This could be considered the earliest predecessor of cloud computing. About 10 years after the PCs appeared, there was an idea to have NCs (network computers). These were simple empty devices that would always download everything on your machine as and when you needed it.

I never liked the idea of the NC. I did not want to download for example my text processing software, I only wanted to have my documents always freshly downloaded whenever I used them on whatever machine. This is pretty much how I use my laptop today in that I have all my documents synced via Dropbox (iCloud, SkyDrive and Google Drive, amongst others, provide similar services). So, for me the big question of cloud computing is what should run and be stored on my device and what should come from the cloud.

As I mentioned in the earlier video, Data as a Service (DaaS) is also widespread although it is usually not named as such. This is the same logic: data as well as documents should always come from the cloud. This is even more important when you are collaborating with others. For instance, synced documents are extremely useful when I am writing papers together with colleagues. It is only a small step from DaaS to have complete databases synced which would be called DBaaS.

A much bigger step is when you want your whole Enterprise Resource Planning (ERP) system to be cloud-based; this would be called ERPaaS. It already exists and it is offered for SMEs (small and medium enterprises) that cannot afford purchasing their own ERP system. However, if you check for example the ERPaaS offered by SAP, you will see that they have a slightly different take on what qualifies as an SME. They suggest a range of 1,500-5,000 employees. Normally we would consider a few tens of employees to be small and a few hundred as medium organisation. However, these could not afford even a cloud-based ERP and many would argue that they don’t even need it. But we are getting there, 10 years ago an organisation of 2,000 employees could not dream of using SAP.

Many other things will become available ‘as a Service’. I believe that business analytics/intelligence will be next and so very shortly we will have BIaaS offers in the market. You can think of these as small parts of ERPaaS. We are also ready to offer soft modelling tools such as knowledge-based systems and variants of concept mapping to be offered as a cloud service, so we could even have KBSaaS and CMaaS. Together with the analytical tools we could shorty have DSSaaS – which is what I am planning to develop from the EU grant, if I get it.

Perhaps a particularly interesting thing is the social media. I believe that we will soon have SMaaS. It is a tricky concept however, as social media is by definition cloud-based. Yes it is cloud based, but it is not an integrated offering, it works really as a SaaS today. However, we already have dashboards from which organisations can maintain all their social media profiles and conversations from one single place – this is not really social media as you do not engage with others, only with those who explicitly engage with you, so it is still media but the social side is limited. I believe however, that features of existing social media will soon be integrated into other applications. For instance, what I would like to do is to integrate the Facebook group feature into our VLE. What I have seen is that students use Facebook groups to do their team assignments anyway, so why would we not allow them to do this and it would be still part of our VLE. Apart from the social media aspect, I also think that cross-platform applications will become increasingly popular.

Furthermore, I think that new roles fulfilled by humans, possibly assisted by AI, will emerge in the world of cloud computing. I believe that minimum 3 such roles will be necessary: the e-facilitator, the e-mentor and the e-coach. I can also imagine that trivial situations can be handled by AI, while the more personal touch will be added by a real person providing services over the cloud. This means that I also believe that cloud computing will be more humanised. In the picture at the top of the page I have outlined how I see the future of online learning as a cloud-based solution for example, emerging from integrating many things available today and many others that are not around yet. In such cloud-based environments the learners can also choose what to learn based on the problems that they face at the moment: so I have such and such problem to solve, I go to the hybrid learning cloud and learn what I need, get the help I need and so forth. This is partly what I think is going to happen and partly it is what I would like to happen.