Skip main navigation
Home What are HTML and CSS used for? The basics of coding for the web
Published on June 3rd, 2021

We take a look at these two essential building blocks of web coding, how they are used, and the benefits of learning them. 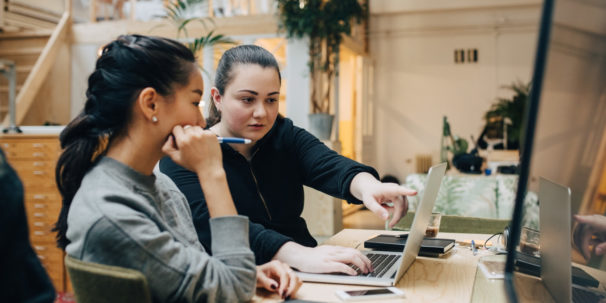 When it comes to building web pages, the coding language can, at first glance, appear incredibly complex. It may seem rather daunting having to take all this new information on board, but by breaking down each of the different elements involved, you’ll find that you can make sense of all these essential pieces of the puzzle.

If you’re thinking of building a website, then you’ll almost certainly have come across the acronyms HTML and CSS. These two essential tools form some of the foundations of any webpage. However, although they’re often used in conjunction with each other, they both serve very different purposes when it comes to web coding.

The key differences lie in their implementation, ease of use, their various features, and how they are structured, but at the end of the day, both HTML and CSS are the keys to unlocking how the World Wide Web works. Let’s dive into the details of both HTML and CSS, what they’re used for, and how to learn HTML and CSS.

Let’s start by breaking down exactly what the acronym ‘HTML’ stands for. HTML stands for HyperText Markup Language. HyperText is effectively a text within a text, and a markup language is a language understood by computers, designed to essentially describe webpages and make the text you use more interactive.

It was originally invented back in 1989 as the publishing language of the web, and to put it very simply, it is the first building block in creating a webpage. When you first come across the world of HTML, you’ll likely encounter a whole ream of terms and phrases that are somewhat baffling too. The three main ones are elements, tags, and attributes.

HTML5 is the latest ‘version’ of HTML, and knowledge in this area is a growing trend in the job market. By and large, it has the same functionality as standard HTML but is much more dynamic and uses much less code to build something fantastic.

What is HTML used for?

In essence, HTML is used for creating the primary content of a webpage, giving it structure. You start by writing words, then apply tags or elements to these words. The web browser then reads this and can then understand the heading of a page, any paragraphs, and where the page starts and finishes, thus filling your web page with content.

HTML is supported by every single browser and is established on pretty much every webpage in existence. You don’t need any licenses, you don’t need to pay for it, and it can be pretty easy to learn and code. If we can compare a webpage to the human body, then HTML is the bones of the body.

CSS is the acronym for Cascade Styling Sheets. In short, it is a sheet style language, which is a type of language you can use to describe the presentation of a markup language – in this case, to describe the movements of HTML. It effectively determines how the building blocks, as laid by HTML, are decorated and presented to the user.

CSS was first created around 1996 to make sense of HTML and make the webpage look and feel amazing. Just as with any language, you have to write CSS, and knowing how we write CSS is a skill that any webpage developer needs to have. Easy to maintain, CSS is the second part of the two-part tool kit for webpage creation.

Web accessibility is really important to many employers and companies nowadays, and there is fierce competition in creating the most accessible and well-designed webpage. Learning some software development fundamentals involving CSS can help you learn how to create accessible web pages.

What is CSS used for?

If HTML is the bones of the body, then CSS is the skin that covers it. It’s used for background colour, styling, layout, borders, shadowing – all the essential design bits and bobs that make a webpage look slick and smart. CSS enables you to distinguish between presentation and content by modifying the design and display of HTML elements.

Presentation and ease of use are a couple of the main things that CSS has bought to web design by translating the way content looks on a webpage and what else goes on it to complement that content. While frequently used in conjunction with HTML, it is actually independent of it, and can be used with any XML-based markup language.

The differences between HTML and CSS

Many people believe that HTML and CSS are the same, but they’re actually both quite distinct languages. While they are often used together in coding and Web design, they can both be used separately too, and both have a myriad of different applications. Let’s take a look at some of the key differences between HTML and CSS.

Are HTML and CSS the same as other coding languages?

The main reason why HTML and CSS aren’t considered programming languages is because they only determine the structure and the style of the webpage you’re building. They don’t contain any instructions like the other front-end languages.

How to learn HTML

As with anything involving web development, it can all look a bit daunting from the outside – especially if you’re coming to it completely fresh. But once you sink your teeth into it, it all starts to fall into place and make sense. You don’t even need any special equipment to learn HTML – just a plain old text editing application and an internet browser.

Learning HTML can make you stand out to employers, as everyone is competing to create the best content. Digital marketing is one of the sectors where they’re on the lookout for HTML skills – learn how to supercharge your digital marketing skills with our coding, UX, and digital content course.

If you want to learn to code for the web, focusing on HTML, CSS, and JavaScript, enroll in our course that will give you the basics of coding in these three languages. We also offer a course looking at fundamentals of software development, where you’ll learn about software architecture and different programming languages for software development.

How to learn CSS

The way that CSS differs from a normal language is not only the fact that it is specifically designed for programming, but you also don’t necessarily need to know every single property and value related to CSS by heart. As with anything, though, there are some fundamentals that you should swot up on, as it’ll make it much easier for you to learn.

Just as with HTML, CSS can look confusing and complex from the outside. Once you get started, though, you’ll find that the fundamentals are really easy to grasp, and that the applications of CSS, if you’re looking to create accessible interfaces, are enormous. Similarly, CSS is an essential building block in the world of UX design and creating user interfaces.

As the world of work puts more importance on learning a coding language like CSS, there’s never been a better time to learn to code and harness the almost limitless options that CSS and HTML will offer you. From applications in developer roles to analytics, open the door to a fun, creative, and flexible role.

Learning to code for the web

While coding can be applied in everything from design jobs to cybersecurity, it has its roots in building web pages and web development, and the biggest and broadest application of learning HTML and CSS is to learn to code for the web. HTML and CSS are the building blocks of any webpage, with HTML being the foundations and CSS being the decoration.

Understanding and making use of the options that these two pieces of programming language offer you will not only put you in good stead to create your own webpages, but it will also open up many doors and opportunities with learning other programming languages. If you’re looking for additional coding courses, we’ve got you covered – from beginner to advanced.

Building on the basics offered by HTML and CSS, and applying your skills to other languages, will make you stand out from the crowd. From mastering HTML and CSS, you can go on to learning many other programming and coding languages that will take your web development and accessibility skills to the next level.

What other languages are useful?

Since humans started to create languages designed for coding and programming, it’s thought that there have been just under 9,000 invented. As with all languages, though, many of them have fallen by the wayside, or only have a very small handful of people who continue to use them.

While this number may seem daunting, it should be noted that you don’t need to know all of these programming languages. According to Wikipedia,  there are only about 700 that are still in use today, which is still a fairly enormous number. But again, it’s not necessary to know them all. There are also new languages popping up every day too.

According to the website PYPL (Popularity of Programming Language Index), the top five most popular programming languages are as follows:

There are many other coding languages out there, but if you want to take your HTML and CSS prowess a step further, then learning one of these coding languages will provide you with a handy tool.

Any role that requires coding will definitely want a candidate with at least some experience with HTML and CSS, and the first step to learning HTML and CSS is actually knowing what they are and what they are used for. As we’ve seen, these two coding languages are the building blocks of any web page and are at the heart of web development.

We’ve got a whole range of courses that tap into the different uses of HTML and CSS, particularly in a web or software development domain, which will tell you how to make the most out of HTML and CSS. Forge your coding language path today, and find your future career. 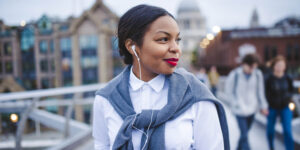 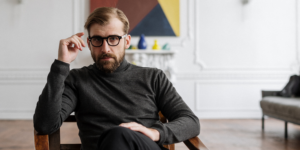