Find out more
Home What is AI used for?
Published on December 15th, 2021

In this post about artificial intelligence (AI), we consider what AI is, how it impacts the modern world and what an AI future looks like. 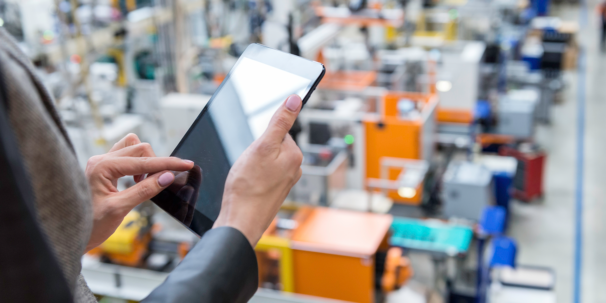 Since Isaac Asimov popularised the concept in the 1940s, artificial intelligence, or AI, has been a staple of science fiction. Much of the time, storytellers cast AI as a malevolent entity that must be thwarted. This makes for a compelling story, but is not at all reflective of reality.

In the modern era, we’re already living with AI. A series of breakthroughs in artificial intelligence is quietly (or sometimes loudly) revolutionising just about every facet of modern life.

Here we dwell on the question of what AI is, and what it actually does.

So exactly what is artificial intelligence? The term is slightly reductive and doesn’t tell us a lot, since one part of the abbreviation is straightforward, while the other is elusive.

To be ‘artificial’ is to be created by human beings, rather than occurring in nature. Strip lights, railways and the internet are all artificial. Plants, animals, and the force of gravity are not. So far, so obvious.

What it means to be ‘intelligent’, however, is trickier. Is a cactus intelligent? Is a spreadsheet? Even the foremost minds in the field can’t agree. According to some, intelligence is a complex synthesis of behaviours and motives, while to others, it’s actually a force that can be formalised mathematically, like gravity.

Many of the more popular definitions include some variant of the phrase ‘goal-oriented’. An intelligent entity, therefore, is something that can take an input and change its behaviour to achieve a given goal.

As we’ll see, artificial intelligence can vastly exceed human intelligence. And we’re only just getting started.

What Is Machine Learning?

Let’s look at some terminology. What’s the difference between machine learning, AI and data analytics?

Put simply, machine learning is one of several processes through which AI can be developed. It involves providing generations of software with training data, allowing them to mutate at random. The best-performing mutations then go on to form the basis for the next generation.

What Is Data Analytics?

Data analytics is what AI does – even when it doesn’t appear to be doing anything. Whether it’s recognising your shopping list from your voice or performing a medical diagnosis, all AI works by analysing data.

What are the benefits of artificial intelligence?

If we already have human intelligence, then why would we bother with the artificial kind? What are the practical uses of AI?

To discover  the benefits, we can make a fairly straightforward analogy with events that revolutionised agriculture and industry. Up until the 20th century, bringing in a harvest required hundreds of strong humans wielding scythes. Afterwards, it required a single human operating a combine-harvester. The efficiency savings were monumental.

Just as we replaced muscle power with an artificial surrogate, we’re now doing something similar with brain power. This allows us to take in and process information in far, far greater quantities than ever before – and to vastly increase the quality of those decisions, too. This has obvious commercial benefits, as we’ll see.

Some tasks are better performed by machines

When the earliest solid-state pocket calculators were introduced in the 1970s, human beings were able to outsource the task of adding, subtracting and multiplying to a small machine they could carry around.

A pocket calculator is what AI-researchers might term a ‘narrow’ AI – an intelligent machine that’s extremely good at performing a very small range of tasks. In some cases, this could be a single task. The calculator can do arithmetic much more quickly than any human. And this isn’t just limited to arithmetic; many tasks now performed by humans are better left to specialised AIs, which don’t make mistakes.

What is artificial general intelligence?

Where a narrow AI is good at just one thing, a general AI is good at doing all of the things a human intelligence can do. It can make complex social distinctions, and it’s really good at arithmetic, too.

This concept is something with huge (and potentially catastrophic) implications for the future of the planet, so it’s worth thinking about it more deeply before we press the ‘on’ button on such a creation.

Some tasks can’t be performed by humans at all

As well as making existing tasks easier to perform, AI has also allowed for the creation of entirely new ways of doing things. This is a result of scale. While it might be theoretically possible for a determined army of human beings to pore through a vast collection of data, it would take them an unfeasibly long time.

The advent of modern processing power, however, means that an artificial intelligence can run through that same database in search of correlations and causal links in no time.

We should also consider the biases and weaknesses that human beings bring to the table. Emotional reasoning, tiredness and the need to sleep for a third of our operating time all hand an advantage to machines.

Some tasks aren’t rewarding for humans

The tasks to which machines are very well suited, like performing calculations and entering data based on simple criteria, also happen to be the ones that human beings find unsatisfying. By handing over these responsibilities to a machine, we can remove these burdens from the human workforce.

This, in turn, creates opportunities in more creative, fulfilling roles. Human beings might find themselves working as supervisors for artificial helpers – the latter taking care of the drudgery. Making this transition, naturally, requires that these workers pick up the digital skills they need to understand the work being done by the AI.

What are the downsides of AI?

For all of these benefits, there are also a few pitfalls to consider. We should be careful that the artificial intelligences we create don’t inherit our biases. We can do this by diversifying the way in which we construct AI algorithms.

Unfortunately, one of the downsides of machine learning is that we might not know exactly how a machine arrived at a given decision, which makes troubleshooting difficult.

These are challenges that the organisations of the future will need to overcome, which makes expertise in AI incredibly valuable.

Which industries use artificial intelligence?

Let’s take a look at some of the more exciting applications of AI in the modern era.

The world of cyber security, increasingly, is informed by developments in artificial intelligence. Developments such as facial recognition software can recognise the particular markers that distinguish one face from another, and thereby verify a person’s real-world identity.

This is actually something that humans are very good at, for evolutionary social reasons. But AI can continually evaluate thousands, or even millions, of users simultaneously. As well as your face itself, the AI might pick up on a whole range of behavioural cues, detecting things like mood and disposition.

Sophisticated AI can strike a precise balance between friction and security. Users deemed high-risk might be prompted for passwords, and even second-factor authentication, while everyone else is able to continue using a system uninterrupted.

For decades, programmers have been giving machines instructions via artificial languages like C, Python or JavaScript. These languages correspond, in varying levels of abstraction, to the machine code on which computers are based.

But what about languages that have emerged in the natural world, like English, Arabic or Mandarin? Thanks to machine learning, AI has cracked this stubborn problem and can now not only understand these languages but unpack the often-nuanced ways in which they’re spoken. This is the basis of voice-recognition software, and it can be used to distinguish one user from another with considerable accuracy.

Google has already demonstrated how chatbots using artificial intelligence can conduct conversations in English. And things are only set to become more sophisticated!

In the future, AI is likely to play a significant role in healthcare. This influence might be felt at every stage of a given medical intervention – from prevention to diagnosis to treatment.

Many of us are already collecting and volunteering data on our personal health via wrist-mounted heart-rate monitors, electrocardiograms, body-composition scales, sleep monitors, and more. This has opened up the possibility of heart disease prediction, driven by artificial intelligence.

With the help of data like this, we can make more precise distinctions when assessing the risk of an individual. By tracking symptoms and correlations before a patient does, AI might even be able to spot the early signs of a particular disease.

Since AI can analyse the vast amounts of data collected using these devices, it can also make predictions and inform users when treatment is required. The better the AI, the more accurate the diagnosis.

Once a patient has come in for assessment, the role for AI might grow evenfurther. This is already happening: machines have been trained to assess patients in the early stages of lung cancer. In 2020, Mizzima Etemadi, a biomedical engineer at Northwestern University’s Feinberg School of Medicine in Chicago, Illinois, developed an AI that could detect tumours more accurately than even trained radiologists. Exciting treatments are now being pioneered, where robots actually perform procedures with no human intervention.

We might also consider the non-medical impact that AI might have on medical institutions. By relieving the administrative burden on, say, a hospital, AI can free up resources that could be better spent on medical equipment and specialised staff.

Artificial Intelligence has come a long way since Asimov’s speculative fiction. Whether we realise it or not, AI is already at work behind the scenes every time we turn on our smartphones, browse our favourite social media sites, or make purchases online.

As time goes on, AI will become more powerful. And the pace of change, if recent history is any guide, is sure to be exponential. This suggests we should start considering the practical and ethical ramifications of things like deep learning before they arrive.