Find out about the different types of jobs available and their salaries, as well as some predictions and forecasts for the future of this steadily growing programming language. 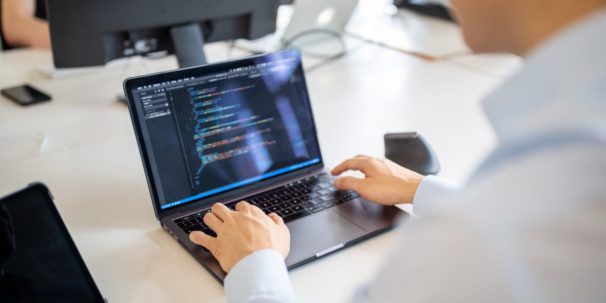 For a project that initially started out as an homage to the British comedy troupe Monty Python, it’s fairly astounding how far Python has come along since it was first launched back in 1992. It’s quickly become one of the top programming languages in the world, with applications in web development, data analytics, machine learning, and design.

In this article, we’ll take a look at why this particular programming language is so important in the world today, and what the future might have in store too. In addition to exploring the landscape of programming languages, we’ll also look at what drives growth and what jobs and salaries there are. We’ll also look at how you can go about learning Python, and the various routes into these roles.

The current landscape regarding Python

In essence, Python is a programming language based around data and is built in a fairly intuitive way which makes it easy to write and understand. This offers the user the chance for rapid development in the world of coding.

It is incredibly versatile, which means Python has multiple possible applications – in general, though, it’s commonly used for web applications and software development, but it can be used in anything from AI to machine learning.

Because of its ease of use and versatility, many large corporations and companies have adopted it – just some of the high profile companies that use Python as their primary coding languages include NASA, Spotify, Dropbox, Instagram, and even Google.

What is Python’s global market value?

There are several different reports that we can look at and use to get a good idea of the global value of Python at the moment. According to Statista, Python was the third most in demand language by recruiters in 2022. Toptal’s Python hiring guide outlines what recruiters look for in a great Python developer.

Python is an open-source language, which means that anyone can use it. This makes it quite tricky to calculate the overall global market value. However, if you look at an industry such as data analytics, in which Python can be used, the market value is projected to be worth 655.5 billion by 2029.

So, what does the job market look like in the world of Python? The number of job postings is often the best indicator of the demand for a language. As Python is among the most popular programming languages in the world used by companies all across the globe, it’s a pretty strong market.

In recent years, Python has seen a huge increase in jobs. There are currently more than 11,000 job advertisements worldwide on Glassdoor for Python-related roles, with Indeed having around 14,000 roles. Compared to the roles related to Java, Indeed currently has nearly double the amount for Python which only goes to show how big the Python job market is at the moment.

And as more large companies use it, or continue to use it, the number of roles available will only increase.

In the past few years, Python has experienced unprecedented growth. According to Github, Python continued to see gains in its usage across GitHub with a 22.5% year-over-year increase in 2022.

It was reported in September 2018 that there were just over 7 million Python developers. By April 2019, this number had reached well over 8 million, overtaking Java developers in the process. Due to lockdown laws being implemented across the globe, there was also a marked uptick in people contributing to open source projects, with Python usage almost doubling.

As well as Python showing staggering growth over the past few years, the markets which it plays a pivotal role in are projected to grow also. The big data analytics market is even projected to reach $103 billion by 2027!

What is driving growth in the use of Python?

There are a number of different things that are driving this continued growth in the use of Python. The first thing is almost certainly due to some of the biggest companies in the world deciding to use Python as their primary programming language. This opens up many more employment opportunities and Python courses available online.

It is also a result of data analytics becoming a primary focus for many industries. There is so much data now that companies are looking for data scientists to use programming languages like Python to make sense of this data and help drive business results.

Here are some of the other main drivers behind the growth in the use of Python:

So, now we have a good grasp on the language and its popularity, let’s take a look at the different jobs available in the world of Python. Given the enormous popularity and widespread usage of Python in companies both big and small, it comes as no surprise that there is a wide range of different roles available that have Python at their core.

We’ve outlined some of the main employment opportunities, as well as the ways that you can get into them and the respective salaries below.

What types of jobs use Python?

As we have already discussed, the uses of Python are almost innumerable. It’s an incredibly versatile programming language that can be used in a veritable myriad of different roles and industries. We’ve picked out some of the most popular and in-demand roles that are currently available and that require Python skills:

What is the average salary of a role that uses Python?

As with any other industry, the average salaries for roles that use Python vary depending on the role, the sector you’re working in, and the amount of experience you have with Python. IT Jobs Watch, a website that specialises in collating salary data across the IT industry, states that the median annual salary in the UK for a role requiring Python skills is £60,000.

A report from the US Bureau of Labour Statistics also stated that between 2019 and 2029, they predicted a 22% growth of demand for software developers, and that an average annual wage amounts to $110,140.

How to get into Python

If you have a keen interest in software programming and web development, then Python is a great skill for you to have. It can be a great additional language to learn if you’re already familiar with something like Java or C, and can be really useful if you have an understanding of computer programming and want to take this a step further.

Despite this broad set of skills and requirements, there are a number of ways to enter into the world of Python, and to see which application suits your skill set the best.

The future of Python

As Big Data and machine learning become more important, the future of Python becomes more certain and secure. In addition, there’s a move towards AI, which Python can program quickly and easily, making it a language that is certainly here to stay. With games and software being created with Python alone, it has only been in recent years that people have come to understand the full implications of this programming language.

The world of Python is fast-paced and ever growing, opening up a range of opportunities for budding programmers across the globe. If you’re eager to get started learning this language, check out our highly-rated Python courses from expert educators.