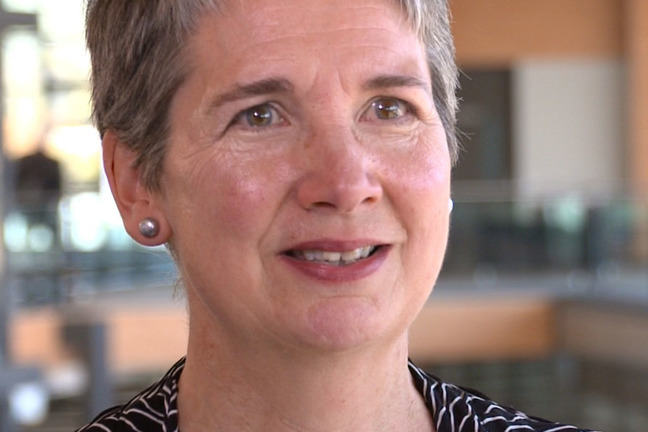 Susan Dodds: a Professor of Philosophy.

“Obviously there is a lot of excitement about 3D printing and there is a lot of applications that are happening outside the medical area and outside of the research area which are coming along. But as that is happening people are starting to ask questions about whether or not we’re ready for all of these developments and especially in the medical applications. So I think there is an aspect related to public engagement and public understanding of what the potential is but also public acceptance. And to get that you require a degree of public trust.

Some of that trust comes from our existing regulatory mechanisms that people have confidence that our drug regulation will actually make sure that the drugs we take have been tested for safety and efficacy. Same thing with other therapeutic goods, that they have been well assessed in those areas. So obviously as you’re going through that phase from problem to development of materials or development of new devices, you’ve got that opportunity to check whether the regulatory mechanism is up to date. And that may be something that requires a number of stages of reconsideration.

Similarly, we’ve got concerns about when we move into the clinic whether or not patients actually understand what these new treatments might be and whether they’re aware of the potential for new things to happen down the track. For example, if I get a replacement hip tomorrow with existing technology, will I be able to get the benefits from a 3D printed bone that may fit perfectly into my body in six months’ time or will I have lost that opportunity? So people need to know what is coming down the track and be able to make decisions on that basis so we’ve got the autonomy of patients.

We also have some concerns about the ways in which, while these treatments on the one hand could vastly improve personalised medicine, could improve our opportunities for medicines directly related to our own selves and grow new materials in our bodies including organs. We also have the worry though that this might mean that some people won’t have access to that. Either that we’ll have some people extending their capacities beyond the normal human, the idea of transhumanism. Or, the idea that this will end up as an injustice, that some people won’t have access because they can’t afford them.

So we need to look at, when we develop these things in public research labs, are we also trying to develop them primarily for a market which may be one that relies on people having resources themselves or to support a public health system, which may be one where we may remove from waiting lists for organs for example. So there is a really wide range of ethical issues that can be pursued.”