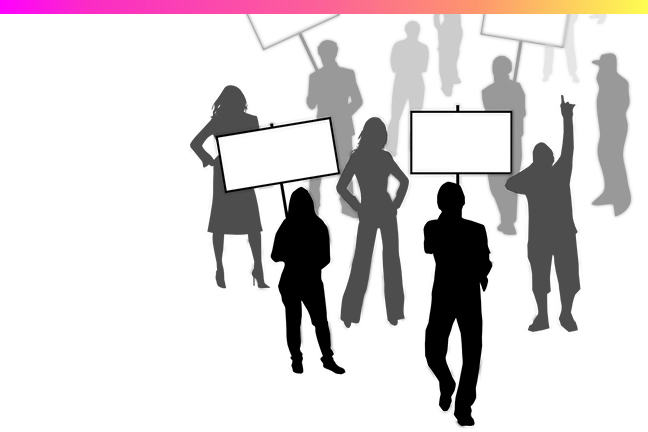 It’s generally agreed that part of the news media’s role is to convey accurate and trustworthy information to people so they can make decisions about how to live their lives. In health news this is clearly very important. The news we consume can inform decisions about important things like how to live healthily, what foods and drinks are best for us, or which medicines are most effective.

For media to play this role it’s very important we know as much as possible about whose words, advice, and perspectives we are reading about or listening to in the news. But sometimes corporations and others employ manipulative communications tactics designed to hide their own influence over what we read in the news.

A front group is an organization that says it represents one agenda while in reality serving some other party or interest whose funding is hidden or down-played. It is an example of a public relations (PR) tactic called the third party technique, which basically involves putting your words in someone else’s mouth.

Let’s take a hypothetical example. If you work in an industry which produces a product that’s damaging to health, and you want to defend yourself, you have a number of options. You could send your own spokesperson on the news to deny or downplay the risks. Or you could secretly pay someone who seems like they’re a trustworthy independent expert to put forward your views instead. The public are much more likely to be convinced by someone who looks like they don’t have an axe to grind, who doesn’t obviously stand to gain anything form saying what they say.

Think tanks, scientists, journalists, and campaign groups have all been found to secretly take money from industry, and “front” for them when dealing with the media or policy makers.

A specific manifestation of the third party tactic that’s been used extensively to promote the interests of different problematic industries is the “astro-turf” group. They’re called this because they claim to be real democratic campaigning groups when in reality they are “fake grassroots” organisations who are covertly paid to advance the interests of industry, often over the broader public interest.

Such spokespeople crop up in the news media all the time, either being quoted in news stories or appearing as talking heads on broadcast news. But journalists have been remarkably bad at letting audiences know when they appear in our news. In an ideal world, with a more sceptical and better resourced media, this problem could be avoided by simply giving readers a transparent “health warning” whenever one of these third-party spokespeople appear – if we knew which industries had funded such people we could be more sceptical of their claims.

Unfortunately, a lot of the time journalists don’t look into the backgrounds of their sources in this way, partly because they don’t have time. But the internet enables us to do our own research and there are number of really good resources we can check out to shed light on the real interests at play behind the headlines:

Source Watch is a US wiki website run by academics and investigative journalists that provides the biggest database of information about front groups and who funds them.

Tobacco Tactics is a resource more focussed on the cigarette industry, which pioneered the use of front groups, and has employed them extensively.