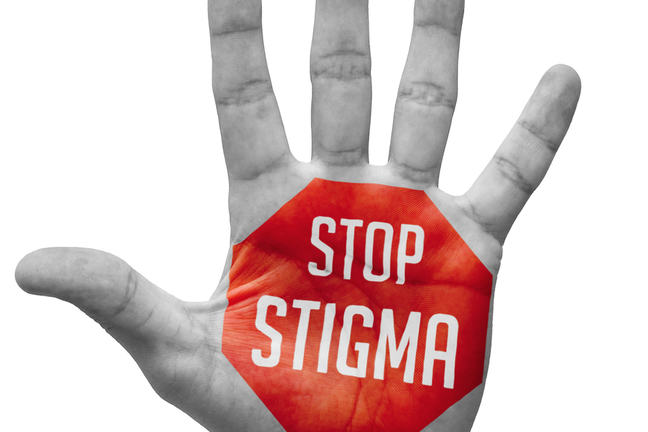 The power of labels and perception

If disability touches so many lives, why does the stigma surrounding it remain?

When society assigns negative attitudes and prejudices to what is considered outside the ‘norm’, stigmatisation occurs. The Oxford Dictionary defines stigma as ‘a mark of disgrace associated with a particular circumstance, quality, or person’. It results in people being unfairly regarded by the majority. Unfortunately, stigmas also have an enduring quality. You can liken them to ground-in fabric stains - almost impossible to remove, no matter how hard you scrub.

Stigmas lead to social exclusion by creating and perpetuating negative attitudes and behaviours toward people with disability, such as:

Stigma shames people, making them hesitant or embarrassed about coming forward to seek and receive the support they need. It also results in people enduring discrimination and engaging in self-stigmatisation.

This occurs when negative perceptions and stereotypes are internalised. It results in low self-esteem and often robs people of their quality of life. The effects of stigmatisation have been described as being more painful and inhibiting than the condition itself. If you’re interested in learning more, read Signs of Self-Stigma: Do You Stigmatize Yourself?

Where do stigmas come from?

Stigmas often form around a misguided view or fear of something considered ‘not-normal’. The misrepresentation is usually perpetuated in the media, creating an ongoing cycle of fear and misinformation.

Take for instance the label of severe mental illness. People with mental illness have been persecuted for centuries, enduring brutal treatment and exclusion. Some aspects of these views and behaviours have continued because of fallacies about people with mental health problems being ‘more dangerous’ or ‘violent’ (read more about this here). The stigma is based on beliefs that have no basis in fact, only fear and discrimination.

As we’re about to discover, the Medical Model response to mental health problems adds fuel to the fire and can be an unintentional source of stigmatising beliefs. Why? The Medical Model assigns diagnoses or ‘labels’ which contributes to the segregation of people. This perpetuates views that people outside of so-called ‘normal’ functioning should be treated differently and with caution. We’ll delve more into the unwitting problems of the Medical Model shortly and compare it to the Social Model. In the meantime, watch this short video from McGill’s Office for Students with Disabilities, which provides a great introduction.

Stigma as a control mechanism?

From a philosophical perspective, stigma can be seen as a control mechanism of society. According to sociologist Erving Goffman (1963), the stigmatisation of people who have ‘different’ lives or bodies is a way for society to control their actions and activities. What are your thoughts on this? It’s an interesting and disturbing thought that stigma is a mechanism for governing the ‘abnormals’.

What can we do to shut-down stigma?

It’s not as simple as saying ‘we all need to be better educated’. Unfortunately, many of these attitudes are so deeply entrenched that education alone isn’t enough. For instance, many well educated professionals in the medical field continue to hold negative and distorted beliefs about some health conditions.

Language is powerful, so it’s important to promote the use of person-first language wherever possible. For example ‘person with a mental illness’. Also, seek out opportunities to engage with people from all walks of life and with varied experiences of disability. This enhances understanding and acceptance. There may be community groups in your region that aim to improve inter-group relations and reduce social prejudice. These groups can be a great way to get involved and take action against stigma and discrimination. Awareness is key and there is no better way to understand the impacts of stigma than from those with lived experiences of it.

There can be no doubt of the devastating and controlling impacts stigma and its cold-hearted cousin ‘stereotyping’ have on people. In the comments section share your thoughts on society’s assumptions about disability. How do you think perceptions about disability continue to perpetuate in society? What are your ideas for breaking down stigma?