Find out more
Home 50 years is a long time in business – and society
Published on September 9th, 2014

As the free online course, ‘Discovering Business in Society’, begins on FutureLearn, Professor David Boughey of the University of Exeter reflects on how the world has changed over the last 50 years – and what those entering the workplace today can expect in the next 50. 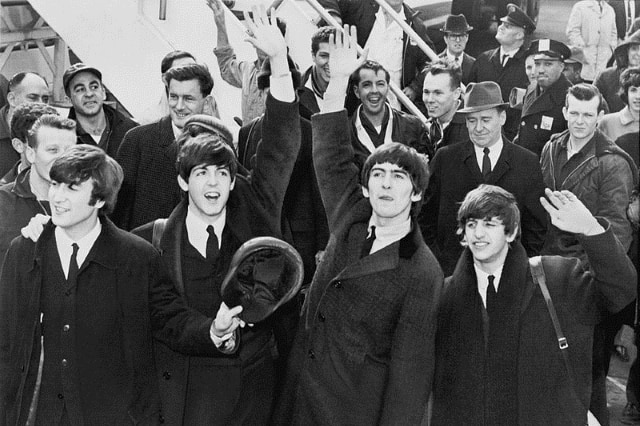 50 years until I retire. That should be the assumption for young people starting their careers today. And for everybody else, it should be a salutary reminder of the many changes that can happen in business – and society – in half a century.

At the 1964 Tokyo Olympics, the world marvelled not just at sporting prowess, but also at the speed and efficiency of Japan’s brand new electrified Shinkansen and their iconic bullet trains.

The modern, electronic age was upon us. In the USA, the world’s largest company – the telecoms provider, AT&T – employed over 730,000 people and had just announced the launch of the first “see as you talk” picture phone. As long as you were prepared to use the specialist phone booths connecting (only) New York, Chicago and Washington – and pay up to $27 for three minutes – you could talk to friends or family on a tiny black and white screen.

But young people didn’t care about picture phones – Beatlemania was sweeping the world. Following the release of ‘I Want to Hold Your Hand’, The Beatles arrived for their first tour of the United States – a country still reeling from the assassination of President John F. Kennedy.

The same as it ever was?

We’re still enthralled by sporting achievement, clamour for the latest technological devices, and have a soundtrack that shapes experiences and shared moments in time. Will this always be the case? And what’s the role and responsibility of business in these fields?

Is sport becoming less a societal bond and more a traded commodity like any other good? Remember that sporting teams and franchises across the globe are bought, sold and listed on stock exchanges, while leading players gaining lucrative endorsement contracts, creating a chasm between elite and “ordinary” sports. Of course, this argument isn’t new – it has a striking resemblance to discussions about baseball in the US in the 1920s.

Similarly, does the packaging, styling and management of music and artists simply mean that business, more than ever, has some control over emotive response? Yet since the dawn of popular commercial music (or Hollywood film studios) there have been tensions between artists, and their managers and distributors. Music is very big business.

Alternatively, is there merit in the argument that modern (and future) communication technologies negate the power of media corporations and their desires to control content? And why is it that just the rumours of the new iPhone hold so much attention for so many?

What will the world look like in 50 years’ time?

Our free online course, ‘Discovering Business in Society’, prompts some of these questions, encouraging all learners to reflect on the purpose, scope and impact of business in the widest sense. In doing so, we’re both drawing on the past and considering the future.

Above all, the course is about shared, disparate and conflicting interpretations of business in society; continued learning from each other about the purposes and impact of business should be an enduring feature of the next 50 years.

How do you think business and society will change in the next 50 years? Leave your comments below or join the conversation using the hashtag #exBIS.