Introduces 3D printing for medical purposes, focusing on prosthetic limbs and how 3D printing has impacted on the design and function of prosthetics.
View transcript
10.6
There are four critical elements involved in any 3D printing project– firstly, clearly defining the problem, creating the design, selecting the most appropriate materials, and coupling that with the most appropriate approach to 3D printing. Let’s illustrate the importance of those four steps with a simple example, a prosthetic limb– in fact, a prosthetic leg. In the United States alone, there are more than 2 million people alive that have lost limbs. In the developed world, we are looking at an increasing rate of the loss of limbs due to vascular disease such as diabetes. The quest to create the perfect prosthetic, this artificial replacement for a lost limb, has been with us for centuries.
58.7
And now with the advent of 3D printing, we have a unique approach, we have a powerful approach to creating unique structures. First of all, we need to design the prosthetic limb. And we can design it such that it is highly personalised. Through the use of 3D scanning, we can see where that limb has to be attached to have the perfect fit. We can also design for aesthetics, for fashion. We can also design to make sure we have the lightest weight and the highest structural integrity. Having completed the design, we must turn our attention to the material selection. Here, we need a material which is robust, which will last a long time, and will provide that structural integrity that’s required.
107
There are many engineering polymers that will do this. Simple plastic such as ABS would be highly appropriate. And if we turn our attention to how we might fabricate that structure with 3D printing, ABS is highly amenable to 3D printing, using perhaps the simplest approach in terms of fused deposition methods. So we see that we have the four critical elements. We need to define the problem, see what the advantages of 3D printing might be, create the design, select the materials, and select the most appropriate method of 3D printing. You will see that those critical elements appear in every project regarding 3D printing. You will be familiar with many other applications where 3D printing could be used to create personalised prosthetics.
157.7
Accidents at work, accidents that involve small children, accidents involve the elderly– all will provide their own challenges to create personalised 3D printed prosthetics. This is an area in which 3D printing is having an immedate impact, and it will be an area where 3D printing will continue to have an impact for many years to come.

The replacement of human body parts with artificial ones began with external prosthetics. 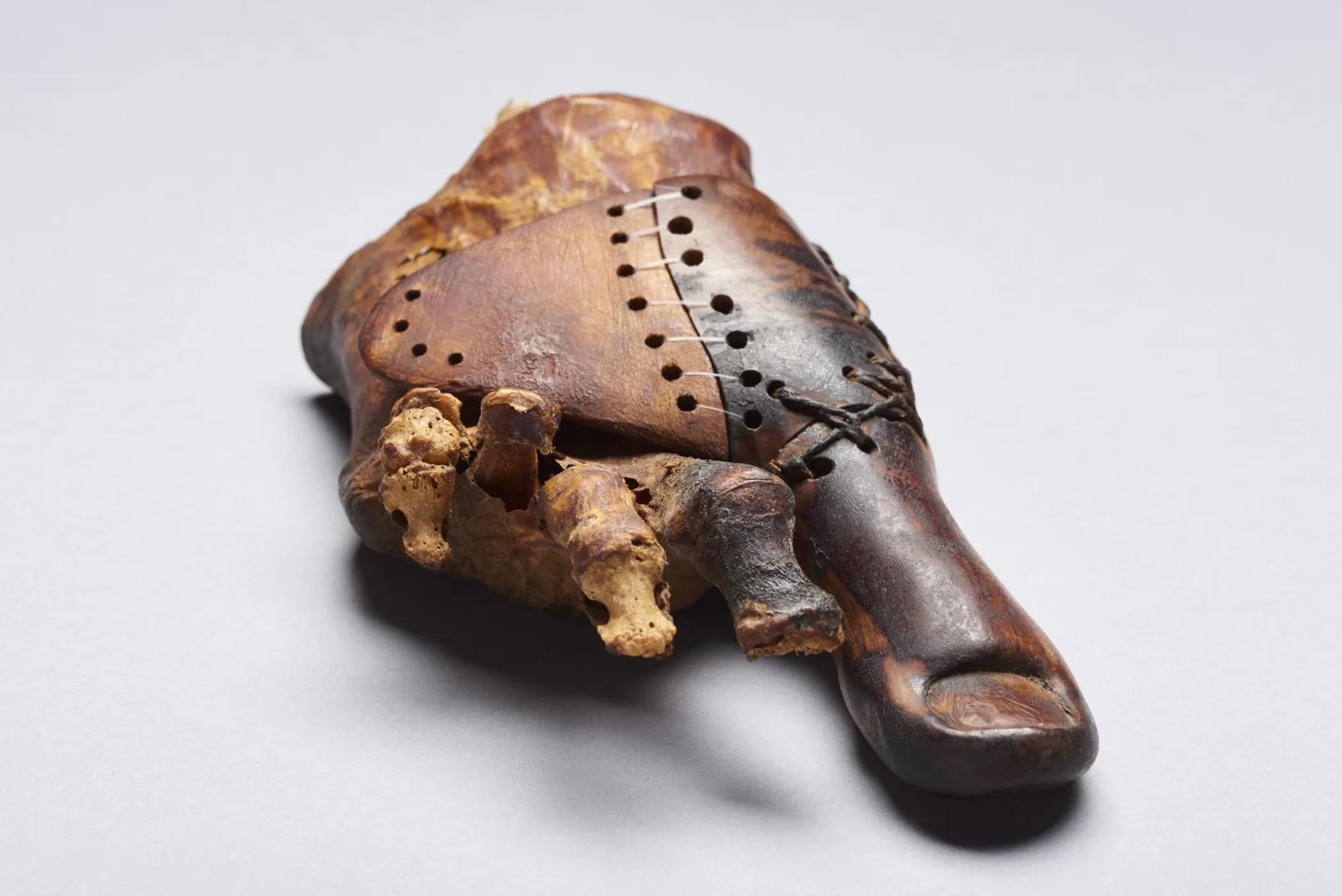 A wooden and leather prosthetic toe found tied to a mummy’s foot in the Egyptian city of Thebes dates back over 3,500 years. Many other examples of artificial hands, fingers, legs and teeth have survived the ages.Now, 3D printing is changing the game. In the first instance, 3D printing allows for the creation of unique prosthetics tailored to each individual. Just as no two human feet are the same, no two prosthetic feet should be identical either. One prosthetics manufacturer, Bespoke Innovations, uses 3D printing to design and create unique prosthetic ‘fairings’ for each client. The fairings are specialised coverings that surround an existing prosthetic leg. 3D scanning is used to capture the unique leg shape of the individual, thus restoring the aesthetic symmetry of the wearer’s body.Each fairing can be uniquely designed. The coverings are modular, giving the wearer the versatility to match their prosthetic to a particular occasion or activity (or outfit).The idea behind this customisation is that a person is strapping on, not a standard and utilitarian prosthetic, but their own one-of-a-kind bespoke limb. This gives the individual more individuality and confidence.

Find an example of a public figure who has a prosthetic limb.

Hi there! We hope you're enjoying our article: 3D printing for medical purposes
This article is part of our course: Bioprinting: 3D Printing Body Parts